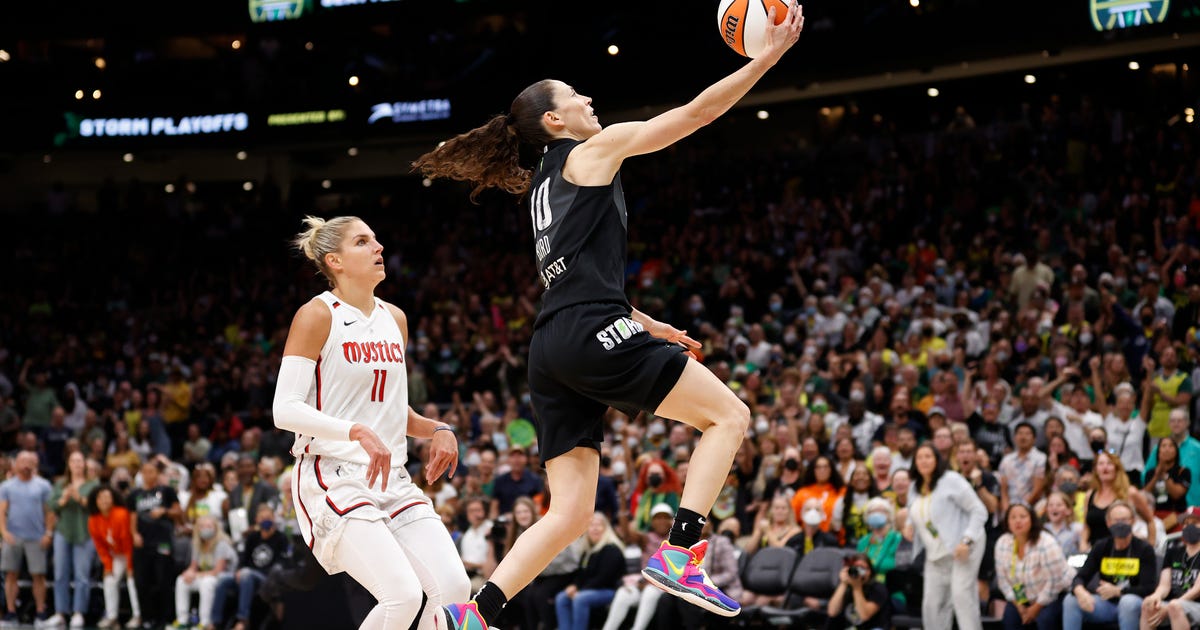 The 2022 WNBA Playoff Semifinals begin today, as the best female basketball players on the planet battle it out for the championship. Chelsea Gray, Kelsey Plum, A’Ja Wilson and the Las Vegas Aces take on WNBA legend Sue Bird and the Seattle Storm for a spot in the WNBA Finals. Game 1 starts at 4 p.m. ET (1 p.m. PT) on ESPN.

The second game of the night features a rematch of last year’s semifinalists: the Connecticut Sun and the defending WNBA champion Chicago Sky. Brionna Jones and the Sun lost to Sky last year and hope to change the script in 2022. Game 1 of that series airs on 8 p.m. ET (5 p.m. PT) on ESPN 2.

Those who want to follow the drama will need access to ABC, ESPN, ESPN 2 and ESPNU to watch all the games. We’ve broken down everything you need to know to stream the WNBA playoffs live without cable.

How is the second round of the playoffs?

Unlike in previous seasons, all teams played a best-of-three first-round matchup. The winners have now progressed to a best-of-five semifinal, followed by a best-of-five WNBA final.

Here’s the full schedule for Round 2, with all times on ET:

The best options for streaming without cable

The remaining games in the 2022 WNBA playoffs will air on the Disney family of networks, namely ABC, ESPN, ESPN 2. To catch every second of the basketball action, cord cutters will need to subscribe to a live tv streaming service. This is how they break down.

You can watch the WNBA playoffs with a subscription to YouTube TV, our favorite live TV streaming service. ABC, ESPN and ESPN 2 are included in the package, which means you’ll have all the channels you need to catch every second of the action.

Hulu Plus Live TV is a bit more expensive than YouTube TV, but it also offers all the channels you need to watch the WNBA playoffs. As an added bonus, Hulu Plus Live TV comes with the rest of the Disney Bundle, which includes a subscription to Disney Plus, as well as ESPN Plus. The WNBA playoffs don’t air on ESPN Plus, but the service offers a ton of other content for die-hard sports fans.

Sling TV’s $35 Orange plan might be a good option for casual WNBA fans who don’t need to watch every game. This plan is one of the cheapest ways to get access to ESPN and ESPN 2. Sling TV lacks ABC, which could be a problem for fans hoping to catch some of the biggest games.