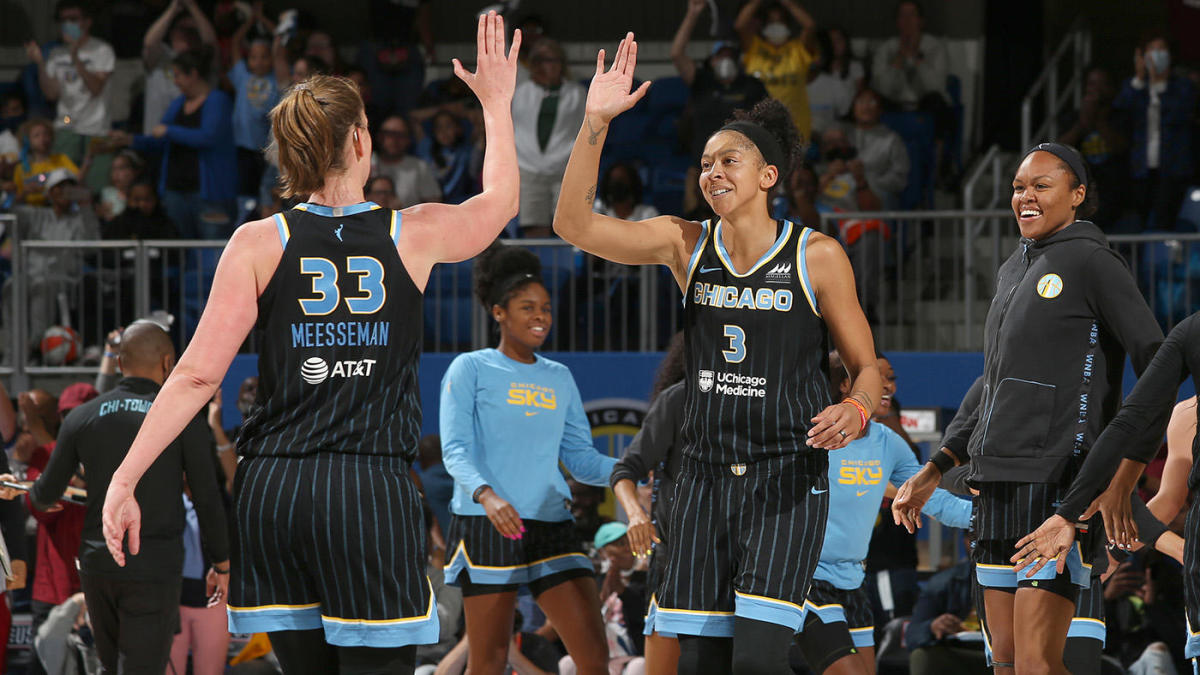 The Connecticut Sun are into their fourth straight semifinal and are still chasing their first WNBA title, but getting through this round won’t be easy. The Sun will take on the defending champions Chicago Sky, a team they haven’t been able to beat since September 2021, and also the same team that eliminated them during the semi-finals last year.

Neither team was able to sweep during the first round, but both recovered impressively after their losses. The Sky lost 98-91 at home during Game 1 against the New York Liberty after missing 10 of their last 11 shots. Not an ideal way to start the playoffs, but they bounced back and responded with a 38-point blowout victory during Game 2 for a score of 100-62.

Meanwhile, the Sun won their first game against the Dallas Wings, but suffered an 89-79 loss in Game 2, when Connecticut struggled to stop the Wings’ strong performance from beyond the arc. The Sun were more solid in Game 3 as they earned a 73-58 road win, holding the Wings to their series low.

Before Sunday night’s Game 1, let’s take a closer look at this best-of-five series:

(All times are Eastern)

Jones continues to play like the reigning MVP that she is. She finished the regular season as the team leader in scoring and rebounding averaging 14.6 points and 8.6 rebounds per game as she shot 51.3 percent from the field.

Jones has shot 50% from the field and has scored in double figures in all three playoff games thus far, including an 11-point, 10-rebound double-double during Game 3 against Dallas. He found himself in early foul trouble during that game, but his team has a handful of players who can step up. DeWanna Bonner led the team with a 21-point performance, followed by 13 points and eight rebounds from Alyssa Thomas.

Kahleah Copper has been a strong offensive force for Sky this season, but Candace Parker is no slouch. There’s a reason the 6-foot-4 forward is one of the most recognizable names in the WNBA. the veteran seems to be able to record triple-doubles while sleeping. The most recent came during Game 3 against the Liberty with 14 points, 13 rebounds and eight assists.

Parker averaged 13.2 points, 8.6 rebounds, 4.5 assists, one steal and one block per game during the 2022 regular season. The two-time MVP is now in full playoff mode, averaging 14.3 points, 11. 7 rebounds, 5.7 assists and 1.7 blocks per game during the first round series against the New York Liberty.

1. They are both chasing big things

Chicago is looking to become the first team to win back-to-back titles since the Los Angeles Sparks in 2001-02. Before that, only the Houston Comets had been able to defend their 1997-2000 title. According to the WNBA, only five defending champions have found their way back to the championship game the season after winning their trophy over the past 20 years: 2006 Sacramento Monarchs, 2007 Detroit Shock, 2012 Minnesota Lynx, 2016 Minnesota Lynx and 2017 Sparks. Let’s see if the Sky can be added to that list.

Meanwhile, it is almost surprising that the Sun does not yet have a ring. They have the second-highest winning percentage in the WNBA in the last 24 years at 55.8 percent, only the Sparks have a better record according to Basketball Reference.

This can be misleading because three of the four regular season games Chicago won were decided by four points or fewer. The biggest win for Chicago was an eight-point result of 91-83 on June 29. That one had the potential to turn into a blowout as Chicago went on a 31-9 run in the first half and was up by as many as 23 points. . Those first two quarters saw some impressive stats from the Sky, who shot 20-for-24 from the field while the Suns went 12-for-40.

Sky most likely won’t be able to shoot 80 percent or higher for an entire game, so it would be in their best interest not to let any double-digit leads slip away during this round because Sun has proven they don’t. I am not easily intimidated and will definitely fight to return.

3. Both have elite stats, but taking care of the ball will be important

These two teams had the top two shooting percentages in the league during the regular season, and both were in the top three in points per game, so it could be a fun game on offense. Connecticut is also great at scoring opponents’ mistakes.

The Sun have been the best team at forcing turnovers this year, as opponents averaged 16.4 turnovers per game against them during the regular season. They averaged a league-best 19.2 points on turnovers in 36 games. This means Sky, who averaged 14.8 turnovers before the playoffs, will have to be careful. Connecticut also led in steals averaging 8.8 per game, with DiJonai Carrington averaging 2.0 steals per game.

The Sky have shown they can handle anything Connecticut throws at them, as evidenced by their 10-4 record over the Sun since 2020. The Sun definitely have the ability to pull off an upset, but it seems like a very tall order to pull off. Choose: Heaven in 5.