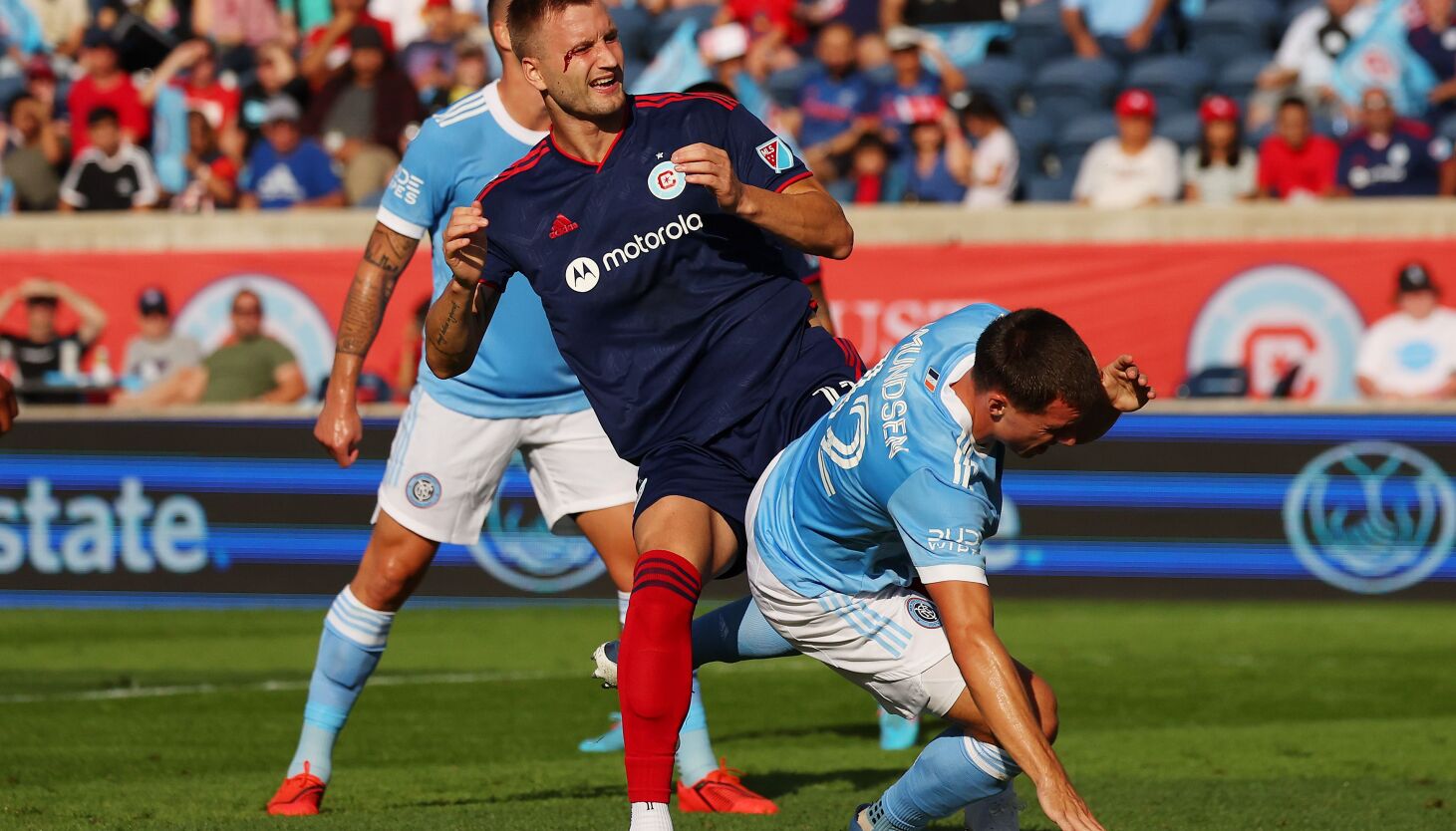 Fire is against. Their hopes of making the MLS playoffs for the first time since 2017 are fading fast, and they’ll need to get more than a few wins to stay in contention.

Unfortunately for the Fire (8-12-6, 30 points), there are numerous factors that make a return to the postseason unlikely.

Midfielder Gastón Giménez is out for a year after undergoing hamstring surgery. Salary debate aside, he was an important cog in the Fire’s midfield to help link the backline to the offense.

That underscores how badly the Fire needed to find a midfield or central reinforcement before the transfer deadline. Central defender Wyatt Omsberg could be out for the year after tearing ligaments in his left foot, CB Carlos Terán has struggled to stay on the field and Mauricio Pineda cannot play defense and midfield at the same time.

However, sporting director Georg Heitz did nothing, leaving the backbone of the team vulnerable. To make up for the loss of Giménez, coach Ezra Hendrickson could move Jairo Torres to a central role after playing this season at full-back.

Due to Heitz’s inactivity, further wear in the middle could be fatal.

The Fire got back into the race with four wins in five games, but the last two games have shown where they really stand in the league hierarchy.

East-leading Philadelphia ended that streak with an easy 4-1 win, and then defending champion New York City FC had no trouble during a 2-0 victory over the Fire. The latest loss is more of a concern for the Fire, as NYCFC was coming off a midweek game, hadn’t won in its last four and has fallen from its title-winning level after losing championship coach Ronny Deila and the star Taty Castellanos to Europe.

Things don’t get much easier for the Fire. Saturday’s game at Soldier Field is against CF Montreal (14-8-4, 46 points), in second place, followed by a midweek game in New England and then a trip to Columbus. New England is currently out of the playoffs but set a league scoring record last year, and Columbus has traditionally been a tough spot for the Fire.

Judging from their performance against Philadelphia and NYCFC, the Fire may be almost done by the time they host Inter Miami on September 10 in Bridgeview.

Entering Saturday, the Fire sit 12th in the East and five points behind seventh-place Columbus. Not only will they have five teams to overcome, but the Crew also have a game to play over the Fire.

Last week, Hendrickson said 45 or 46 points could be enough for a playoff spot. Sitting at 30, the Fire would need to average two points per game over their last eight to get to 46.

Even if the schedule wasn’t complicated, that would be a tough benchmark. Only Los Angeles FC averages more than two points per game, and over a full season that pace would put a club in contention for the best record in the league.

There is little indication that the Fire can play that well regardless of the opposition.