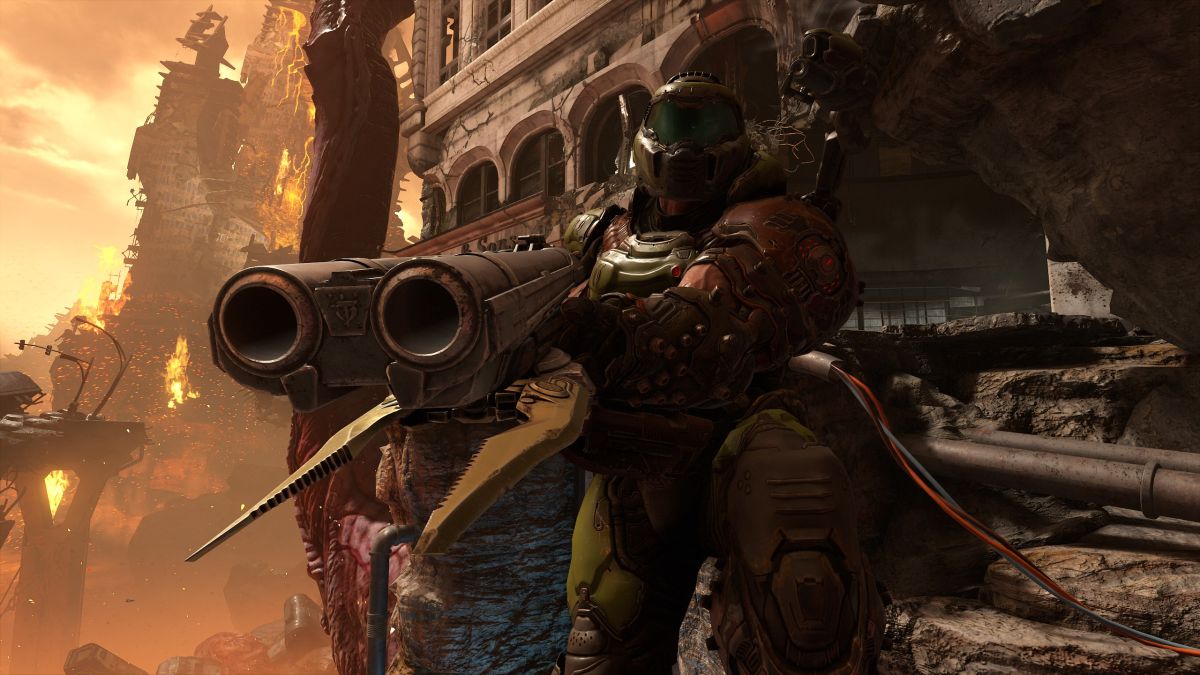 The FOV slider is the most important graphics option in gaming by at least one metric: It can literally keep a game from making you feel sick.

In 2006, I had more headaches from The Elder Scrolls 4: Oblivion than from studying for school exams. I played Oblivion day after day, but not on a PC: I was stuck on an Xbox 360, which was shiny new but barely capable of running Bethesda’s new RPG. Every hour-long play session gave me a dull headache, which I simply attributed to too much Oblivion. It wasn’t until years later that I found online forum threads with people complaining about the same thing, blaming Oblivion’s particularly narrow field of view, or FOV, for giving them headaches or even nausea.

But game developers will tell you: finding the right FOV is not as simple as it seems. “FOV is a tricky thing,” says Sébastien Laurent, technical director of Hunt: Showdown and Crytek, developer of Crysis. “It seems simple at first, it’s ‘just’ the angle of view you want to give the player. It seems to be a simple balance between giving the user all the relevant information while providing a good looking image.”

PC gamers often prefer a wider field of view, which offers more peripheral vision. That spatial awareness can get caught up when someone tries to flank you in a first-person shooter. But the advantage of a narrower field of view is that everything on the screen is closer and easier to see because it takes up more space. The more pixels the head trying to shoot occupies on the screen, the easier it will be to shoot.

FOV sliders allow gamers to find their own sweet spot, but they’re rarely an option in console gaming today, let alone in 2006.

“When it comes to consoles, performance is a much more critical issue and a larger FOV, even if it involves the same number of pixels to shade, leads to a direct increase in scene complexity,” says Laurent. “The wider the field of view, the more objects that can land in the users view and need to be rendered, the more shadows need to be calculated, the more complex occlusion calculations become, etc.”

For a cutting edge open world game like Oblivion, a narrow FOV meant a mostly stable frame rate. But why did that narrower view of the world leave some of us hungover after a couple of hours of attacking crayfish? Basically, your body thinks you ate bad meat.

Granted, that explanation requires some context, which Jordan DeLong, who has a Ph.D. in psychology focused on perception and cognition, was happy to provide. A key detail: some of us are much more sensitive than others to an uneven field of vision.

“If it’s a flight simulator where the vision doesn’t match the [movement], it’s actually the fighter pilots who get seasick first, because they have a very detailed expectation of how they should move,” he says. “If you put them in a simulator and it’s not the same, their brain goes ‘oh, something’s wrong. . They have a finely tuned expectation of what their physical reality should be like, given [what they’re seeing]. It’s a feedback loop, so it sets them off.”

Jordan DeLong earned a Ph.D. in psychology focused on perception and cognition from Cornell University. After working as a professor at several universities, he is now “Senior Data Scientist at Eysz, a medical technology startup focused on transforming epilepsy care. He uses psychological theory, machine learning, and traditional research design to separate the signal. of the noise.”

Even those of us who aren’t fighter pilots have a lifetime’s experience of moving around the world, which is why a first-person game with a FOV too divorced from our natural vision can be jarring. But why motion sickness is our body’s response? Enter the bad meat and body reflexes dating back to our earliest caveman days.

“We’re not good at detecting if we’ve been poisoned, if some food was bad, or if there was something in what you drank,” says DeLong. “You can imagine in the past that you were going around and eating different things, trial and error. Well, one of the best ways you can tell if you’ve been poisoned before any of the other symptoms is that there’s a mismatch between your perception and your motor system, they are normally synchronized with each other…

“When there’s a disconnect between those two, it’s usually, in a naturalistic sense, because you were poisoned by something, or maybe you drank something on purpose or accidentally, that altered your perception. Nausea is your body trying to catch you.” throwing up anything you ate that messed up your proprioception, the perceptual motor system. That is all”.

In games, this is often attributed to a narrow field of vision, but too wide a field of vision can cause the same bodily reaction. before feeling dizzy.

“You would love for the in-game camera FOV to mimic your FOV moving around in the real world,” he says. “And that’s going to be different based on the actual size of the screen and how close I am to you. When I’m gaming, I like to have the screen really close. And that changes my opinion of what the FOV setting should be. Because if you’re Further away, well, then I would actually expect it to be a narrower field than if it was closer, I would expect it to be wider.”

The closer your FOV setting is to mirroring the part of your vision that occupies the screen in front of you, the more intuitive sense it makes to your brain. This is why there is no “best” FOV for any game – that number will vary drastically depending on the size of your screen and how close you are to it.

DeLong emphasizes that despite the dizziness that a less than ideal FOV can cause, we are exceptionally good at adapting. “There are a lot of keyboard warriors online who will say, ‘This is exactly the right field of view.’ You know, you can get used to a lot of different things… That’s something your visual system is pretty good at doing, adapting to, and understanding. It takes a little time, but you can. I’m a little surprised that people think one is simply better than the other. No. It’s literally something personal and perceptive.”