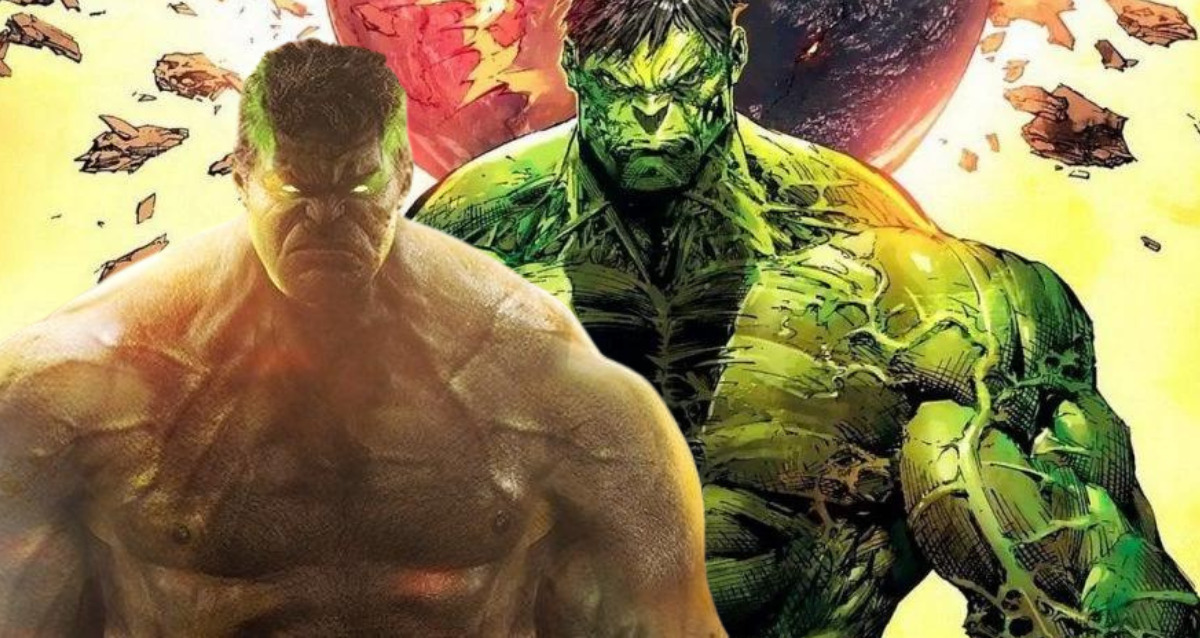 By any measure, the Hulk is not only among the most beloved superheroes, but also among the most powerful in Marvel Comics. Bruce Banner, the character’s namesake, was designed by Stan Lee and Jack Kirby in 1962. He became the Hulk after being exposed to highly dangerous gamma radiation. Since then, the Green Giant has appeared in countless issues, animated shows, a live-action television series, and multiple feature films, both alone and in conjunction with the Avengers.

The Hulk has many forms, but do you know who is the strongest of them all? He is without a doubt the World-Breaker Hulk. In this article, we will talk extensively about World Breaker Hulk. We’ll talk about where he came from, what gave him his ability, and what he accomplished. So let’s not dawdle and get started.

First, let’s do a brief synopsis of the World War Hulk saga explaining how the Hulk evolved into the World Breaker Hulk.

The Hulk, who would eventually become known as World Breaker, debuted in the World War Hulk comic series. It all started in the Planet Hulk arc, which took place before the events of World War Hulk when the Illuminati felt that the green giant posed a grave danger to humanity. Professor X, Iron Man, Namor, Black Bolt, and Dr. Strange are just a few of the heroes that make up the Illuminati. They met behind closed doors to discuss preventative measures they can take ahead of time to avoid potentially catastrophic outcomes.

The Hulk was a huge concern for them and one of the problems they had to deal with. Despite the fact that Banner was an essential colleague and a close companion for many of them. The Hulk posed a real danger and has proven difficult to control on several occasions. He has killed thousands before and is capable of doing it again. And it wouldn’t be a surprise if he destroyed at least a few cities in the process.

All of the Illuminati’s efforts, including arguing with Bruce, urging him to meditate, dealing with him forcefully, and even isolating him, were unsuccessful. The Illuminati gave up on him and sent him out into the cosmos with a good luck message, hoping he could solve his problems elsewhere.

Hulk’s spaceship was launched into space, but was deflected by the monster and eventually crashed onto the planet Sakaar. As a civilization reminiscent of the Gladiator genre, Sakaar provided the Green Monster with free property.

Just kidding! He was actually forced to participate in arena fights by Red King, the despotic dictator of the Sakaar continent. And then, just like in “Thor: Ragnarok,” he dives into combat. As time passes, the Hulk gathers a group of soldiers to help him in his quest to overthrow the Red King. Ultimately, they are successful, and the Hulk assumes power on Sakaar. Eventually he marries Caiera and the couple start a family.

Tragic events befell the Hulk after he had found solace on Sakaar. His future wife and his children, along with everyone else in the world, were killed when a spaceship’s warp core exploded. Due to this fact, the Hulk ingested all the energy on the planet, especially the Old Power that was circulating on the planet, and that Caiera could use to increase his abilities. That blew up the Hulk like never before.

A journey back to earth

The Hulk then swore revenge on Earth’s Mightiest Superheroes, holding them responsible for the deaths of his loved ones and the destruction of the world where he at least found peace. That is the essence of the plot of World War Hulk. First, the Hulk tries to find Charles Xavier, who was not present at the election to send him off world. Professor Xavier informs the green giant that he too would have sided with the original trial.

Banner then confronts and destroys several squads of X-Men, however after learning about M-Day he resigns, reasoning that Xavier has endured enough. He then travels to Manhattan, where he destroys Stark Tower after defeating various superheroes, including the Mighty Avengers, New Avengers, Fantastic Four, Doc Samsons, Storm, Black Panther, and Iron Man. The fight continues as he defeats more characters.

This is just a sample of the chaos that he caused upon his arrival on the planet. It’s also important to remember that Namor voted against evacuating the Hulk from Earth because he knew the Avenger would return for revenge. As a consequence, he was saved from the Hulk’s fury.

How strong is World Breaker Hulk?

The World-Breaker possesses extraordinary catastrophic power, including the ability to trample and cause earthquakes across countries and entire worlds. Because he accumulates and emits the radiation he received just by being, he can be a killer without even having to move. The World-Break was so powerful that he was physically shaking the core of the Earth without even acknowledging it.

Even a simple look down with the Fantastic Four or the Avengers was enough to shake the world, and we witnessed this impact when he met them. The World-Breaker Hulk was more formidable than all other variants of him combined, and with his brain still alive and amplified, he was the most formidable Hulk the Marvel Universe had ever seen. When the Incredible Hulk finally returned to his home, he discovered that a destructive radiation storm had hurtled through the city, destroying everything in its path.

The Hulk’s rage drives him to unleash so much power that the ground shakes from Connecticut to Massachusetts to New York with every step he takes. He shouted his anger and fury at the superheroes, begging them to stop him before he ripped the planet apart. Iron Man summons anti-gamma beams stationed in space, which stopped the Hulk’s rage after it had already lasted for quite some time. This ultimately leads to Bruce Banner’s arrest. Now (Banner) is in a catatonic state, imprisoned three miles below the surface of the Earth.

everybody bend the knee

In his world breaking form, Banner was able to easily defeat the strongest being in the Marvel Universe. Yes! I’m talking to none other than Sentry. Despite Robert Reynolds knocking out Bruce with a single punch, Banner was able to return to his World Breaker state and save Rick Jones. As with the rest of the blasts, Banner assimilated them and sent them back at Fin Fang Foom. He nearly destroyed a world in the Dark Dimension and knocked out Jen Walters, making it clear that he was worthy of her nickname.

He brought everyone to the knee, from Iron Man to Ghost Rider, and even the mightiest Dr. Stevan Strange. Although all of his fury and strength have not been put to the test, it seems that there is no weapon or man that can match the wrath of World-Breaker Hulk.