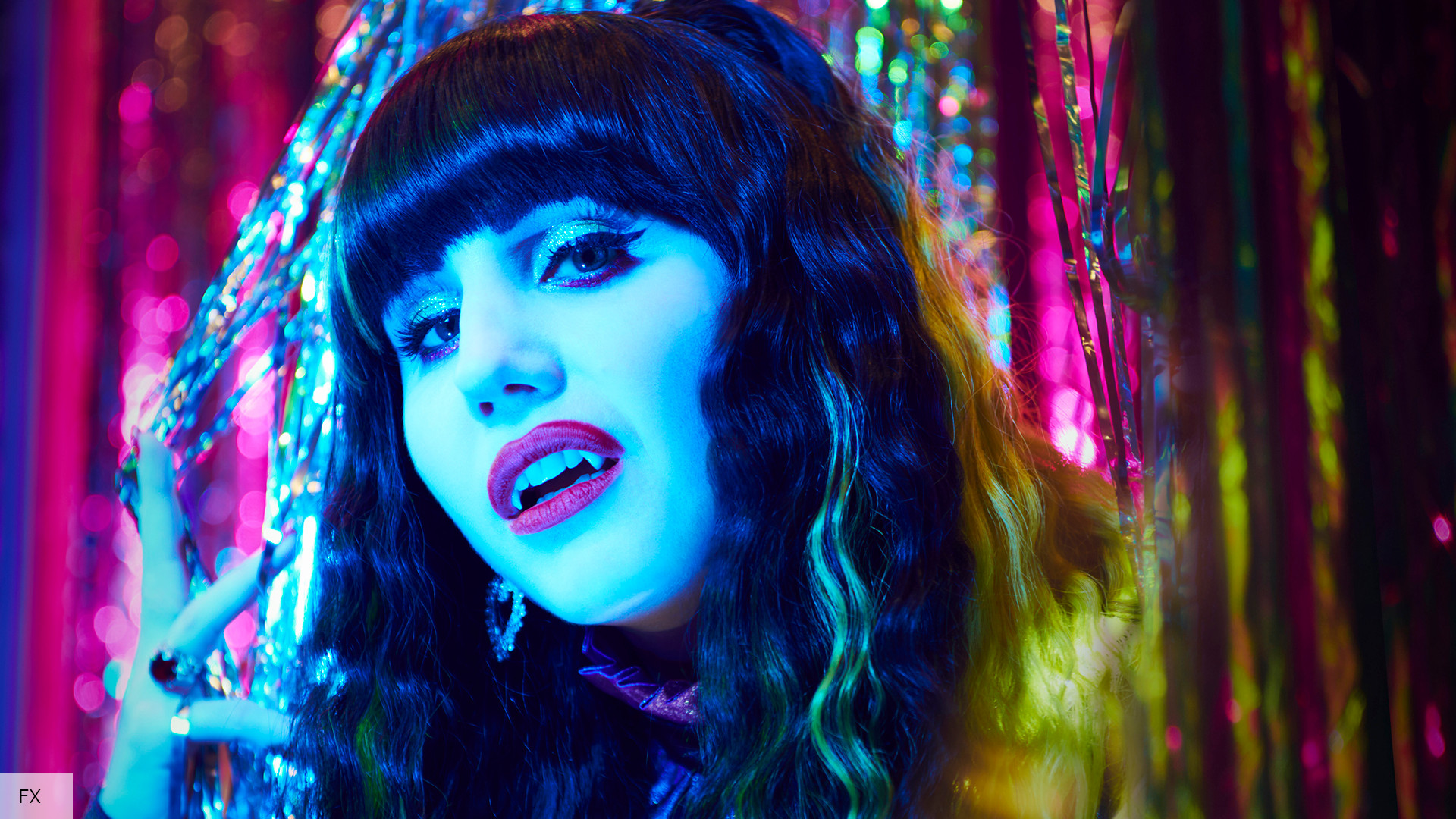 Since its launch in 2019, the show has hooked occult fans with its charm and quirky storyline, and with Season 4 recently ending on a cliffhanger, let’s just say we’re already dying for more. Set in present-day Staten Island, the mockumentary series follows the lives of vampire roommates: Nadja, Laszlo, Nandor, and Colin, along with their ‘human’ partner Guillermo. In the final season, we saw the team raid bloody nightclubs, throw a full-blown wedding, and Guillermo even took matters into his own hands to fulfill his longtime wish to become a vampire.

Will Guillermo finally transform into a creature of the night? What will happen next with the vampire gang? And what does the Vampiric Council have to say about all this shenanigans? Well, The Digital Fix is ​​here to answer all of your burning questions. From the What We Do in the Shadows season 5 release dateplot, cast and more, we’ve got all the juicy information for you to sink your teeth into.

What We Do in the Shadows Season 5 Release Date Speculation

So we have good news and bad news for all you occult enthusiasts. Currently, there is no official announcement regarding the release date of What We Do in the Shadows season 5, but we do know that the next installment is definitely on the way!

On July 12, 2022, FX announced that everyone’s favorite vampire TV series had been renewed for seasons 5 and 6. And, although season 4 recently aired, ending on September 6, 2022, filming for What We Do in the Shadows season 5 has ended. It’s already started.

With filming already underway and judging by how there’s always a one-year gap between seasons, we’re betting FX will put a wooden bet on a 2023 time slot. 2023… So stay tuned for updates. 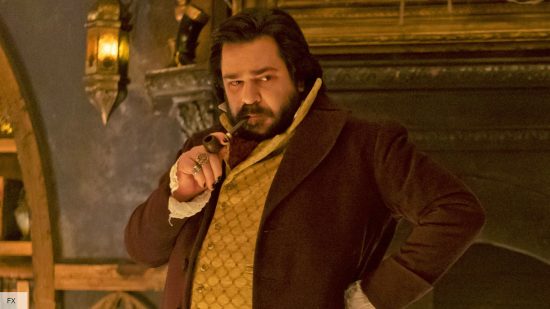 What We Do in the Shadows Season 5 Plot Speculation

While we don’t have an official What We Do in the Shadows season 5 plot synopsis, thanks to the cliffhanger ending of season 4 and statements from the show’s team, we can start to make pretty clear guesses as to what’s next. chapter of the fantasy series will look like.

At the end of season 4, we saw the gang go back to their old ways. Nadja’s vampire nightclub flopped, Nandor left his wife at a train station after turning her into a clone of Guillermo’s boyfriend Freddie, and Colin Robinson has officially grown up back into a boring, energy-draining vampire. . Everything seems to be fine, however, the season ended with a very changeable series: Guillermo can become a vampire… yes, we are serious.

That’s right, the ex-family member’s longtime wish from season 1 may come true. At the end of season 4, we saw Guillermo approach his friend and former vampire hunter Derek, who has been working the night shift at a convenience store ever since he became a creature of the night. Guillermo had a duffel bag full of cash in his hand and asked his friend to finally turn him into a vampire too.

Since Derek is pretty lonely and penniless, we can’t imagine him turning down Guillermo’s offer, which means a new vampire is a creepy fan coming! Showrunner Paul Simms also hinted that Guillermo’s transformation was practically a given in Entertainment Weekly, and that the character’s shift to the supernatural will be a fun plot point for What We Do in the Shadows season 5.

“I think the most important thing, obviously in the ending, is that Guillermo makes such a hasty and perhaps ill-considered decision. [to become a vampire],” he said. “That will obviously have massive repercussions.”

For these supposed repercussions we also have some ideas about what awaits us. As we all saw in season 4 when his family met Nadja, the Van Helsing blood makes his ancestors quite murderous when they encounter bloodsuckers, so we’re betting Guillermo’s next family reunion will be exciting, to say the least. .

Simms also told Newsweek that season 5 of What We Do in the Shadows will have more unlikely couples. “A lot of it is about putting together characters that you wouldn’t expect to be together,” he explained. “I thought The Guide [Kristen Schaal] and nadja [Natasia Demetriou] as a team they had a lot of fun in the [fourth] season, which now ends. Obviously Laszlo and a kid of any kind, let alone baby Colin, was a lot of fun. I’m excited about all the characters.” 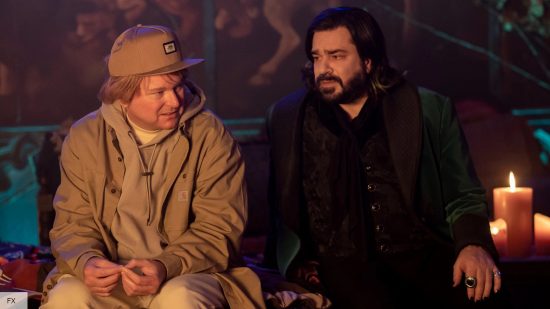 So yes, there are many things to look forward to and many questions that still need to be answered. Although we’re 90% sure it will happen, we never actually see Guillermo become a vampire in season 4. So he may still need to persuade Derek to go ahead with his plans.

Likewise, if Guillermo becomes a vampire, we’re pretty sure Nandor, Nadja, and Laszlo won’t be too happy about it, and will probably have a hard time seeing Guillermo as their equal after decades of bossing him around.

We’re also wondering if What We Do in the Shadows season 5 will finally push the romance Nandor and Guillermo fans have been asking for. Either way, it’s all very spicy, and just like the Staten Island victims, we’re dying to know what’s next. 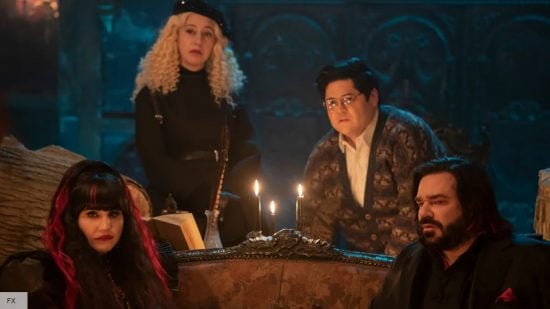 What We Do in the Shadows season 5 cast

Surprise, surprise, our core team from Staten Island is returning for Season 5 of What We Do in the Shadows. That means Natasia Demetriou will return to play Nadja, and Matt Berry will reprise her role as her husband, Laszlo.

Kayvan Novak will return as Nandor, and Harvey Guillén will play the lovable but deadly former familiar, now a potential Guillermo turned vampire. And finally, of course, Mark Proksch as Colin Robinson will return, albeit this time as a full-fledged adult.

Here is the cast list for What We Do in the Shadows season 5:

Since Lazlo lost his cursed witch hat in season 4, it’s also likely we’ll see Nick Kroll as Simon the Devious at some point. The two’s feud over the prop has been a long-running series gag, and we’d be surprised if Kroll doesn’t return for more hat-filled feuds in the future. 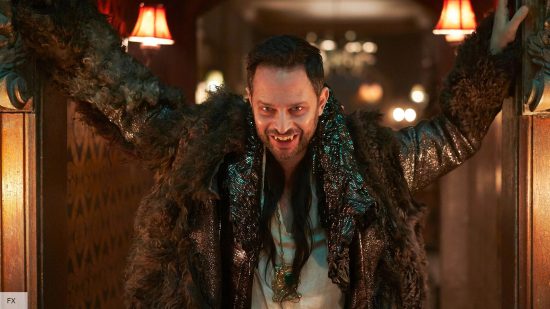 We also expect more surprising cameos at some point. In season 4, we saw Sofia Coppola have her head ripped off, along with Thomas Mars, and Jim Jarmusch was left alive, innocently thinking that his friend’s death was just elaborate special effects rather than vampire-related shenanigans.

In past seasons, we’ve also seen the likes of Star Wars’ Mark Hamill and MCU’s Tilda Swinton appear on the comedy series, so we’re betting more prominent characters will appear in What We Do in The Shadows season 5. We’ll keep you posted as more casting news leaks come our way.

And that’s all we know about What We Do in the Shadows season 5, undead friends! For more binge-worthy content, here are our guides for Shadow and Bone Season 2 and The Witcher Season 3.