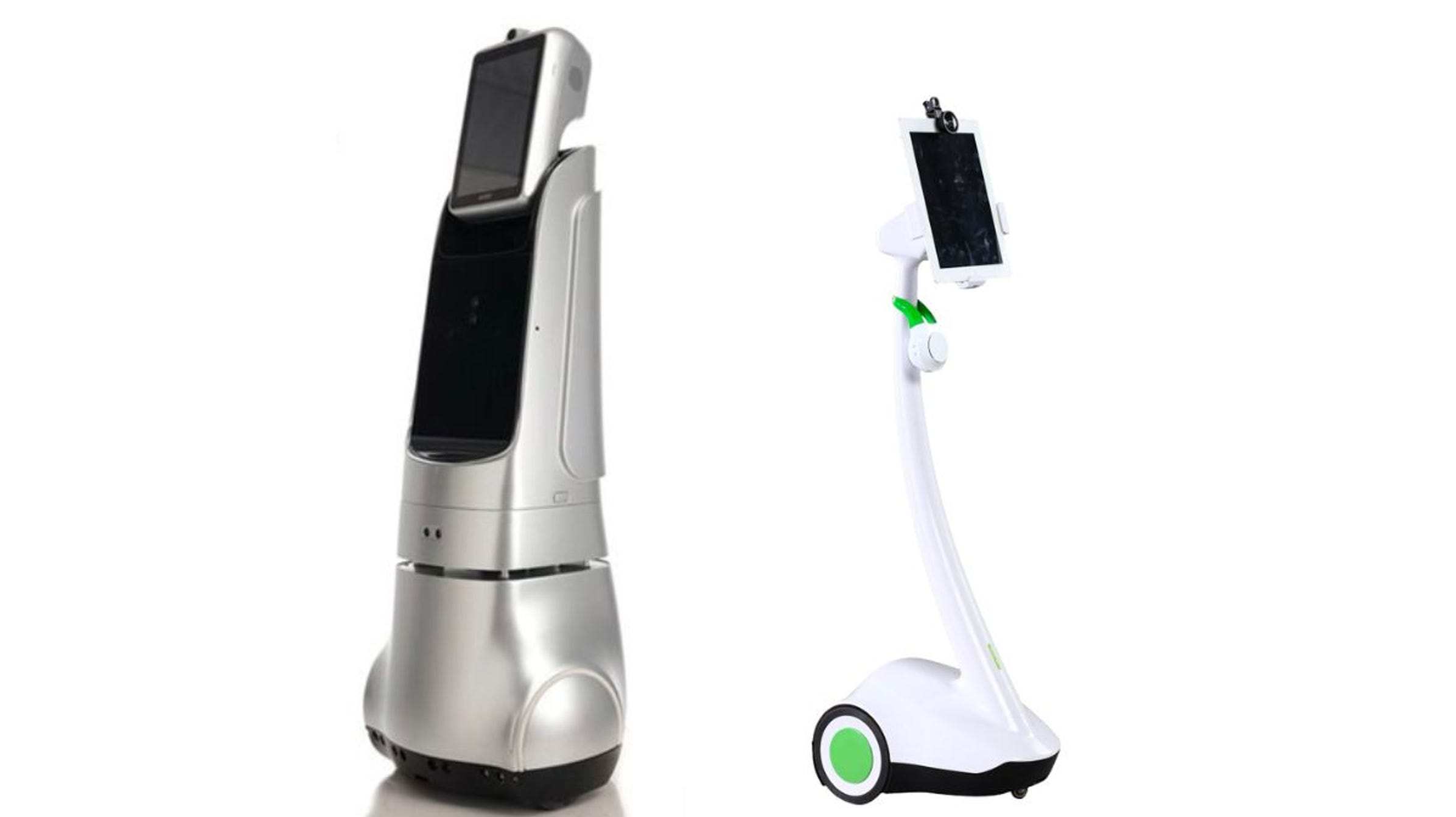 Telepresence robots were marketed as the best way for a remote person to be present somewhere miles away. However, during the pandemic-driven work-from-home revolution, we didn’t see mass adoption of these quirky robotic iPad-on-a-stick devices.

What is a telepresence robot?

A telepresence robot is a device that can be moved by remote control. It has cameras and microphones on board so that the operator can feel present in the place where the robot is. Telepresence robots are also generally mobile and use self-balancing board technology.

Basically, if you attached an iPad to a selfie stick and attached it to a Segway, you’d have something akin to a telepresence robot.

Can You Still Buy Telepresence Robots?

Even if you work for a large company, you’ve probably never seen anyone use a telepresence robot. So you may think that it is a dead product category, but you would be very wrong. Several companies are actively working on these robots, upgrading them and selling them to businesses and individuals.

At the budget end of the market, there are telepresence robots like the PadBot U1. This allows you to use any tablet that fits in the built-in stand, bringing the cost of the U1 itself down to around $800.

At the higher end of the market, you get the Ava Robotics telepresence robot, which is priced at “if you have to ask, you can’t afford it.” The Ava has high levels of autonomy, so the user doesn’t really have to control every fine movement of the device.

Why haven’t they noticed?

The short answer is that telepresence robots haven’t caught on because there’s almost always a cheaper and even better way to accomplish the same thing. After all, if you can simply ask someone to press a button in your chat app to switch cameras, you’re already 99% of the way there.

Telepresence robots only make sense when just one person remotely travels to a physical space, such as a boardroom. However, in that case, the mobility of a telepresence robot is of questionable value.

We also live in an era of wide-angle cameras, enabling features like Apple Center Stage, where computer vision and image processing software allows a stationary camera to “look around” the scene, focusing on what’s important. Virtual Reality allows us to have embodied meetings using platforms like VRChat. 360-degree cameras allow people to explore or view things like possible properties they want to buy.

The list of problems that only these robots can solve gets shorter every day as more practical devices gain more capabilities.

Do telepresence robots still have a future?

While telepresence robots don’t make much sense as remote work solutions, they still have quite a few use cases. For example, during the COVID 19 pandemic, these robots allowed people to visit their sick friends and family in the hospital without exposing anyone to danger and without the need for the patient to do anything, such as hold a phone.

These robots also have a security use, allowing security personnel to monitor and communicate with the public without harming themselves.

There is also the possibility that technologies such as virtual reality and telerobotics will be combined. Imagine a telepresence robot with a 360-degree camera, controlled via a VR headset like the Meta Quest. So while telepresence robots are unlikely to become the remote work success they promised, there is still a place for them in the mix of remote presence technologies that exist today.

RELATED: VRChat is a universe of virtual worlds: that’s how it is