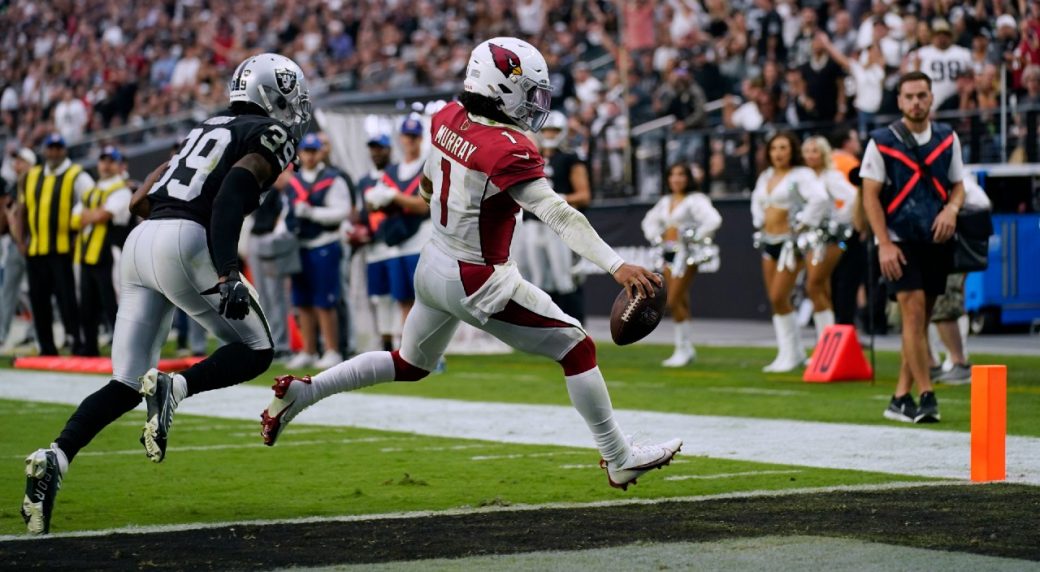 Call it a comeback Sunday the NFL hasn’t seen in years.

The Dolphins and Cardinals made history by overcoming 20-point halftime deficits to win on the same day, while the Jets rallied from a 13-point deficit in the final two minutes.

The Falcons rallied from a 28-3 third-quarter deficit — that score sounds familiar in Atlanta — only to fall short against the defending Super Bowl champion Los Angeles Rams when Jalen Ramsey intercepted Marcus Mariota’s pass intended for Bryan Edwards in the end zone. , sealing a 31-27 victory.

Joe Burrow helped the Cincinnati Bengals erase a 17-3 halftime deficit in Dallas, but Brett Maher kicked a 50-yard field goal as time expired to give the Cowboys a 20-17 victory that left the reigning AFC champions 0-2.

Two weeks into the season, close games and extravagant endings are a common theme. It’s great news for the league, giving viewers who have no interest in fantasy football or gambling a reason to stick around until the end.

There have already been 12 games decided by three points or less, the most in the first two weeks of a season in NFL history.

Eight teams have overcome a deficit of at least 10 points to win or tie, the second-most until Week 2, behind only the 1987 season when nine teams did so.

Tua Tagovailoa’s performance was most impressive. He threw six touchdown passes to lead Miami to a 42-38 win at Baltimore after trailing Lamar Jackson and the Ravens 35-14 early in the fourth quarter.

“Basically, we had to play perfect complementary football to come back from a deficit like that, and this is a really good team, so I couldn’t be happier with him, and his teammates know that,” said Dolphins coach, Mike McDaniel, on Tagovailoa. “His teammates learned a lot about him from him and I think he learned something about himself.”

Tagovailoa improved to 8-1 against Super Bowl-winning head coaches, the highest winning percentage in league history with a minimum of six starts.

His critics should be silent for at least another week.

“Mike told us in our team meeting that this is going to be a great opportunity for us, that if we ever face these guys, we know you’re not looking to put your head down,” Tagovailoa said. “We will always be in the game and only play one play at a time. And Mike is always going to say this. This is like the mentality of our team, that adversity is an opportunity. And that’s how we play.”

Kyler Murray put on a spectacular display to help Arizona overcome a 20-0 halftime deficit in Las Vegas. Murray ran from 3 on the final play of regulation and made a perfect shot in a narrow window through traffic for the 2-point conversion to send the game into overtime.

Then Byron Murphy Jr. returned Hunter Renfrow’s fumble 59 yards for a touchdown to give the Cardinals a 29-23 victory over the Raiders.

“There were so many do-or-die plays, I lost count, where we had to have this stoppage, we had to have this 2-point conversion, we had to score, we had to have this fourth down, and the guys just kept fighting,” he said. Cardinals coach Kliff Kingsbury. “Nobody blinked. At halftime, it was ‘Hey, we have to settle down and do what we do. We played as bad as we could in the first half, we didn’t play very well in the second half, but the effort was incredible.”

Multiple teams hadn’t come back from a 20-point halftime deficit to win on the same day in NFL history until the Dolphins and Cardinals did so on Sunday. It was the first time two teams had overcome a deficit of at least 20 points at any point in a game to win in the same week since Week 4 of the 2011 season.

Of the three teams that blew big leads, the Browns should be the most bitter. They would have won if Nick Chubb had stayed in bounds instead of racing into the end zone for his third touchdown with 1:55 remaining. That score gave Cleveland a 30-17 lead, but they missed the extra point.

Joe Flacco threw two TD passes in a span of 60 seconds sandwiched around an onside kick recovery as the Jets cruised to an unlikely victory. Teams had won 2,229 straight games when leading by at least 13 points in the final two minutes before the Browns faltered.

“I have won with an Ave Maria. I have lost in a Hail Mary. I’ve won in a last second game,” Jets coach Robert Saleh said. “At this point in my life, I’ve experienced it all, so I’m never surprised by what the league has to offer, but that roller coaster ride never changes.”

The three comebacks by the Dolphins, Cardinals and Jets, all on the road as well, marked the second time in league history that three teams overcame a fourth-quarter deficit of at least 13 points to win on the same day.

The way this season has started, expect to see a lot more comebacks.