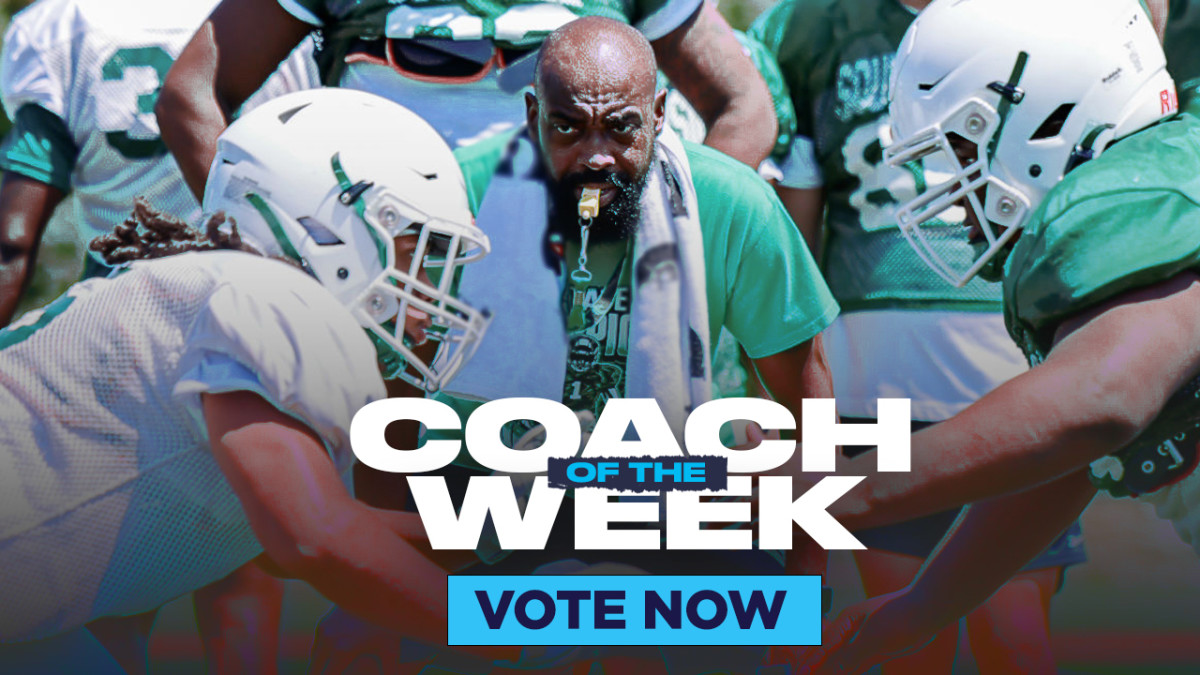 Here are the candidates for SBLive’s Florida High School Coach of the Week for December 2, nominated by fans, readers and SBLive staff. Read the nominees and cast your vote at the bottom of the page. Voting will conclude on Thursday, December 8 at 11:59 pm and the winner will be announced on Friday, December 9. If you would like to nominate an athlete, please email [email protected] or tag us on Twitter or Instagram at @SBLiveFL.

NOMINEES FOR THIS WEEK’S FLORIDA COACH OF THE WEEK:

Editor’s Note: Our Coach of the Week feature and corresponding poll are meant to be fun, and we don’t place limits on how many times a fan can vote during the competition. However, we do not allow votes generated by scripts, macros, or other automated means. Athletes receiving votes generated by script, macro or other automated means will be disqualified.

Travis Roland, Continent: It was the program’s ninth trip to the state semifinals and the Buccaneers will now pack their bags for Fort Lauderdale. Roland guided Mainland to a hard-fought 30-23 victory over Dunbar on the road in a Class 3S state semifinal.

Bill’s Castle, Lake District: When you are in your 47th season, you have been in this position several times. Kissimmee Osceola gave Castle and his staff all they could handle, but the Dreadnaughts found it out in a 14-7 victory in a Class 4S state semifinal.

Cornelius Ingram, Hawthorne: After a week of wondering if his team would host a semifinal game in his home state, Ingram’s team responded in a big way. The Hornets edged out Blountstown 28-0 to advance to the Class 1R state championship.

Jeff RolsonApopka: The three-time state champions had to work hard to get back to West Palm Beach and they did. Rolson’s group mustered enough offense to win 27-24 over Palm Beach Central in a Class 4M state semifinal and return to the state championship game.

Chris Harvey, Clearwater Central Catholic: When you have to lead your team from down 29-20 in the fourth quarter of a state semifinal and end up winning in the final seconds, it takes a good workout. Harvey has his team in the Class 1M state title game after a thrilling 34-29 win over University Christian.

Billy Sparacio, First Baptist of Naples: For the first time in the history of the First Baptist Naples program, the Lions are heading to the state championship. The Lions posted a 28-7 win over Munroe and will play in the Class 1S state title game this week.

John Brantley, Trinity Catholic: The Celtics return to the state championship game after a dogfight with John Carroll Catholic. Trinity Catholic topped 22-10 and booked a ticket to Tallahassee and the Class 1S title game.

Tavaris Johnson, Lake Wales: The Highlanders head to the state championship after a dominating performance over a talented Columbia team. Johnson led Lake Wales to a 37-7 blowout of the Tigers.