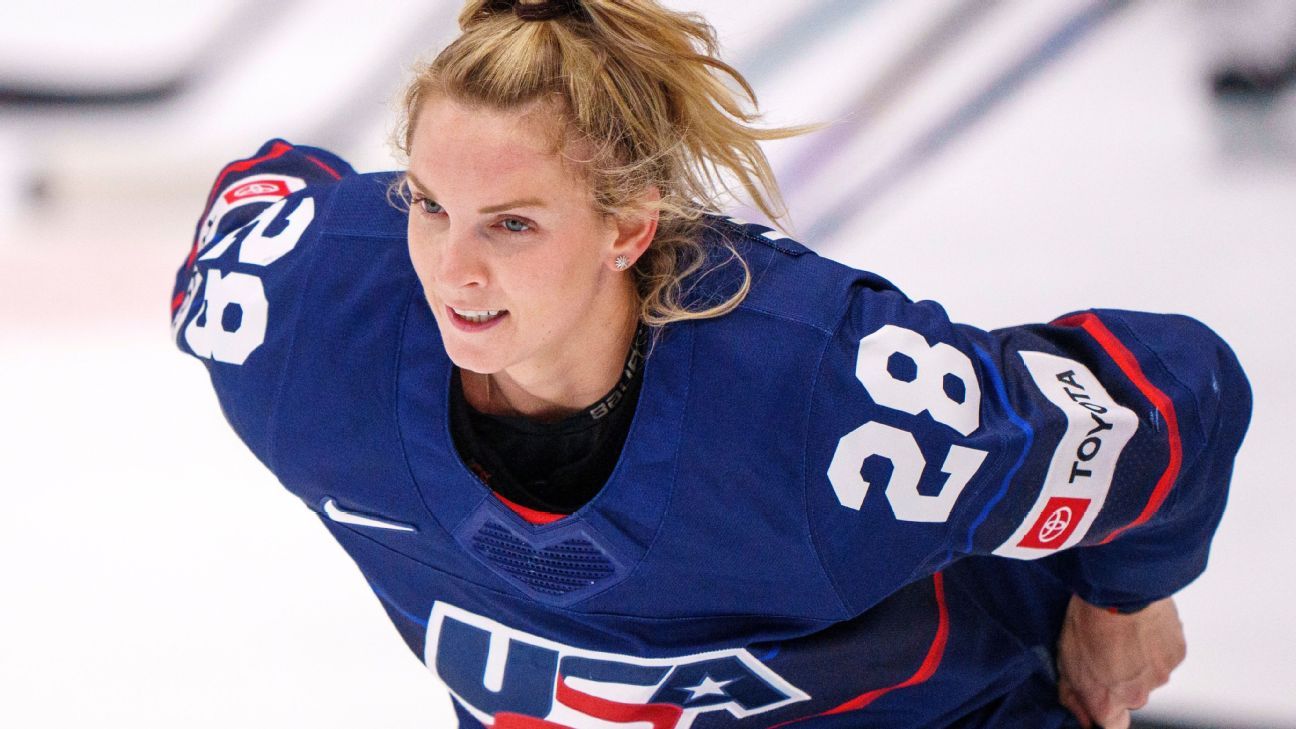 The only champions in the history of the women’s world championships will face each other in the last group match on Tuesday and are the favorites to play the final next weekend.

Also, Sweden and Czechia improved their records to 2-0 in Frederikshavn. Sweden edged Germany 4-3 after extra time, and the Czech Republic beat hosts Denmark 5-1.

Canada dominated and deserved victory, but the match was highlighted by Switzerland’s first goal (1-1) against the Canadians in a World Cup.

Sarah Filler scored the only goal of the first half, her second in the second, followed by Emily Clark.

Marti was next on the scoreboard, but Canada dashed Switzerland’s rising hopes thanks to Blayre Turnbull.

The Americans were too quick and skillful for Finland (0-2), who were outscored an impressive 72-16.

Only the first period stat was 28-2, but the US scored only once by Jincy Dinne. The Finns had a penalty goal disallowed by a hook.

It was 2-0 in the second period after Cayla Barnes’ shot was deflected in front by Abby Roque and then Amanda Kessel, sister of veteran NHL forward Phil Kessel, hit a rebound.

The Finns scored in the third through Ella Viitasuo after a loss in the matchup, but the US was not under threat, finishing with goals from Kessel, her second, Hannah Bilka and Hannah Brandt.

It’s been a big week for the Kessel family, as Phil signed a one-year deal with the Vegas Golden Knights on Wednesday.

Hanna Olsson, coming off a hat-trick against Denmark, scored for Sweden in regulation time and the winning goal in the penalty shootout against Germany (0-2).

Germany came back from 3-0 down with three power play goals in the final eight minutes of regulation. Tanya Eisenschmid, moments after helping her sister Nicola de Ella, equalized with 42 seconds left to force extra time.

Katerina Mrazova leveled the score and Natalie Mlynkova put them ahead in a 5v3 power play. The third period featured goals from Michaela Pejzlova and a couple from defender Daniela Pesjova.