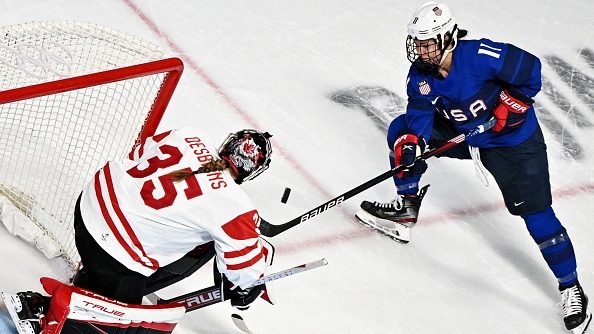 The 2022 IIHF Women’s World Championship kicked off on Thursday, August 25 and continues through September 4. It is the first time the top division women’s world championship has been played in the Olympic year since women’s hockey debuted at the 1998 Nagano Winter Games.

Here’s a guide that includes information on how fans in the US can watch TV, an overview of the tournament format, and procedures for overtime. This guide will be updated during the 2022 Women’s World Championship, so be sure to bookmark this page and check back for updates.

How to watch the 2022 Women’s Hockey World Championship

Fans in the US can watch the 2022 IIHF Women’s World Championship on television on the NHL Network, which will carry TSN’s coverage. All US and Canadian group stage matches will be broadcast live.

Currently, it seems unlikely that fans in the US will be able to watch group games that don’t include the US or Canada, which is remarkable, especially when compared to coverage of the U-18 Women’s World Championship a early this summer. This guide will be updated if additional coverage is added.

As with recent world championships, the women’s hockey competition in Denmark features two weighted pools, with the highest-ranked nations competing in pool A.

As a result of the Russian invasion of Ukraine, the team representing the Russian Olympic Committee (ROC), a designation that is the result of the nation’s state-sponsored doping program, is currently suspended by the IIHF. With Russia excluded, Sweden was invited and placed in group B, while Japan moved up to group A.

The tournament begins with a round robin game, with each team playing four games against the other teams in the pool.

At the end of the group stage, the five teams from group A will advance to the quarter-final round. The top three teams from group B will join them, while the last place team will be relegated to the lower division tournament for next year’s world championship competition.

Given the #history of hockey, it seems likely that this information will become important at least once or twice during the 2022 IIHF Women’s World Championship: