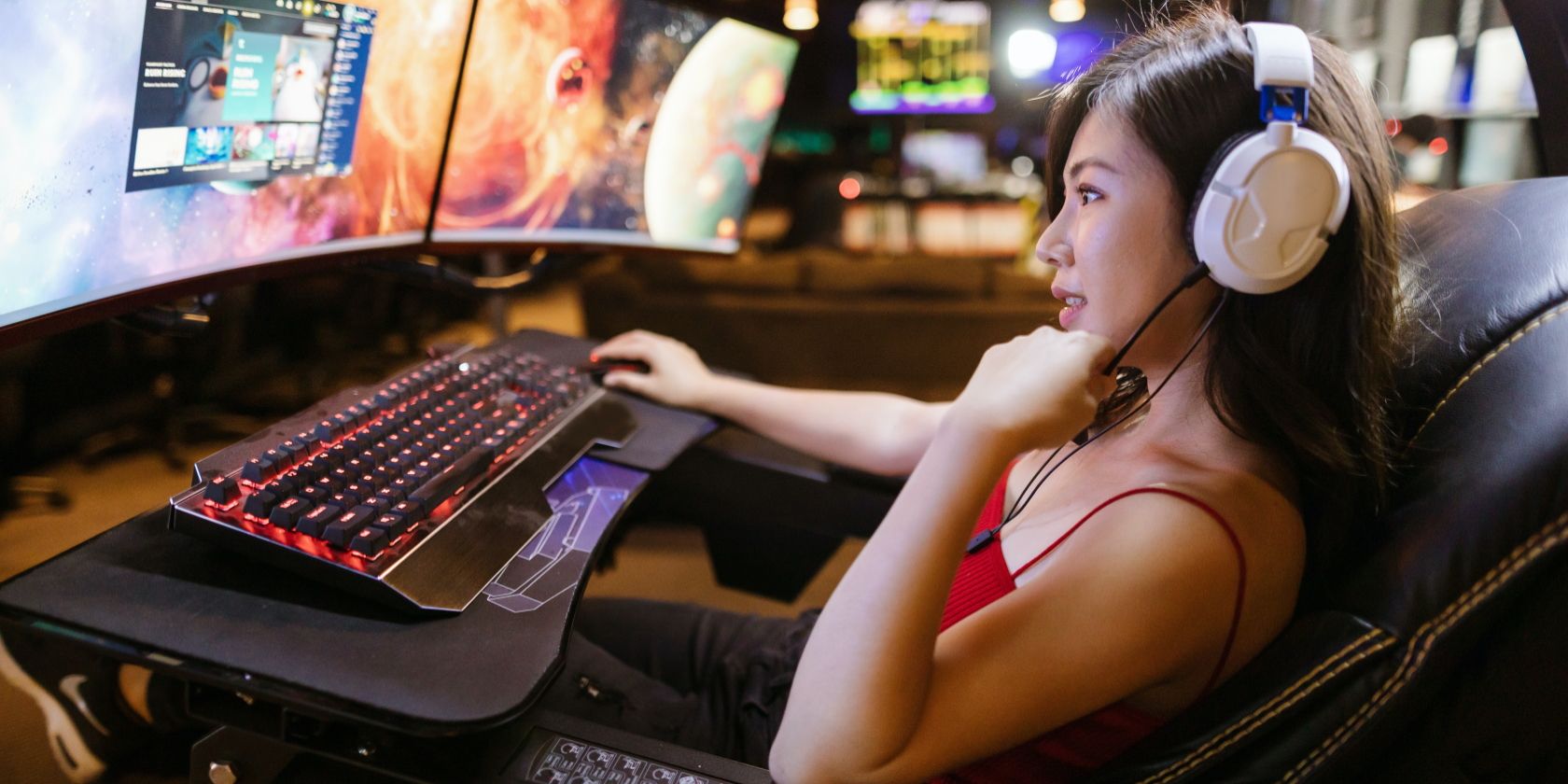 Until a few years ago, recording your computer screen was a very complicated process that required experience to get right. However, as video games become more popular and streaming becomes a lucrative source of income, screen recording software has become more accessible and easier for beginners to use.

Screen recording is a performance-intensive process that can slow down your Windows PC if done with the wrong software. As such, we have tested and compiled a list of the best and most optimized screen recorders for Windows.

Open Broadcaster Software (OBS) Studio is a free and open source software application for high-performance audio-visual capture and mixing. It is a powerful software that allows users to capture images and record videos from screens, webcams, video capture cards, and application windows.

The most significant feature of OBS Studio combines streams from multiple sources into one output video. You can overlay multiple screens, text, images, and even embedded browser windows with this feature. You can also apply visual effects and filters to customize its appearance.

OBS Studio is not just a screen recording software. It also offers live streaming services that allow users to upload their screenshots to Twitch, YouTube, and other streaming platforms. OBS Studio performs this task in real time with no noticeable latency or performance issues.

OBS Virtual Camera allows you to use the output of screen recordings as a webcam video input in other software such as Discord, Zoom, and Skype. You can also use this feature to stream to multiple platforms at once.

OBS Studio allows users to customize the output video quality, set the bitrate and choose the encoder. Consequently, they can balance performance and quality across multiple devices. Users can also choose a video renderer and set the output video resolution.

Streamlabs is a free all-in-one screen recording, live streaming and data backup software. It is also open source; You can find the source code on Github. It is a complete software with video editing and audio mixing functions.

Streamlabs can overlay multiple screenshot sources on scenes. These sources include video files, webcams, text, and display devices. Streamlabs can also detect running games and use them as capture sources. In addition, the instant playback source plays the most recently captured recordings.

An important feature that Streamlabs offers is the ability to define hotkeys that control recordings, streaming, and other aspects of the software. By using these hotkeys, you do not need to open the software to access most of its features.

Streamlabs integrates up to eight streaming services, including Twitch, YouTube, and Facebook Live. It also displays streaming chats from these services in any desired part of the screen.

Xbox Game Bar is a gaming overlay that Windows users can use to take screenshots, monitor performance, and chat with other Game Bar users while playing games. More importantly, this app allows gamers to record their gameplay and stream it on their favorite streaming platform.

Contrary to its name, the Xbox Game Bar is not exclusive to the Xbox gaming platform, nor is it used only within games. As a built-in Windows application, Xbox Game Bar can be used in any application or even in the general Windows environment by simply pressing the button Win + G wrench.

Unlike most other programs that run as standalone applications with separate windows, Xbox Game Bar is an unobtrusive overlay. It does not cover the app that is screen recording. Instead, create widgets to control recording and streaming functionality.

However, this design has a limitation. Xbox Game Bar can only record the current screen view, so minimize apps that you don’t want to capture on the screen.

The prominent feature of Filmora Screen Recorder has the ability to customize the recording area, with users choosing one of three capture modes. Full screen mode records the entire screen as it appears. On the contrary, target window mode registers a specific window of any application.

In addition to video capture, Filmora records audio from external microphones and any applications running on your Windows PC. It also allows you to set a recording timer that automatically stops recording after it has elapsed.

As part of the Filmora software package, the screen recorder is equipped with various video editing tools. As a result, users do not have to switch to other software for editing operations such as motion tracking, keyframing, audio beat sync, and green projection.

If you want to know more about the video editing side of Filmore, check out why Wondershare Filmora 11 is the best video editor for creatives.

Bandicam is a powerful screen recorder for capturing highly compressed video while preserving the original quality. You can output these videos in various formats including MP4, AVI, and WEBM. Bandicam can also record games and HDMI devices using Direct X.

Bandicam is unique in the way it records external video devices such as smartphones, smart TVs, webcams, and game consoles. Few other screen recording software can provide this functionality.

This software can play, edit and upload screen recordings to YouTube or Vimeo. Editing is done using Bandicut, a free editing program that can be optionally installed with Bandicam. Bandicut can split recordings or merge multiple recordings into one video.

Bandicam offers a free software version, but adds a watermark to all recorded videos. The free version also limits each recording session to ten minutes. However, the paid version removes these limitations with a lifetime guarantee.

GeForce Experience is a companion application for your NVIDIA graphics card. It is used to update graphics card drivers and optimize graphics settings for individual games. However, this software is best known for the in-game overlay that allows players to record their best gaming moments.

The in-game overlay features a screen recorder, photo filter, live streaming service, and performance monitor. Its defining feature is instant replay, which records up to 20 minutes of past screen activity since it was activated. This feature can be activated by pressing Alt + F10.

The in-game overlay can be accessed from anywhere on your Windows PC by simply pressing the Alt + Z keys. However, as the name suggests, it is only intended to be used in video games. To this end, most in-game overlay features will not work on unsupported apps.

This software is free to use on all Windows PCs. However, you need an NVIDIA graphics card to take full advantage of GeForce Experience. It allows you to customize the resolution, quality, and frame rate of screen recordings. Thus, it allows you to strike the perfect balance between video quality and performance.

If you want to learn more about this program, check out our guide on how to use GeForce Experience.

Free Cam features a customizable recording area to capture selected parts of the screen. This area can be moved, resized to a minimum of 90px by 90px, or enlarged to fill the entire screen. It also features audio-visual mouse highlights that help users emphasize important details while recording.

Free Cam can record system audio from programs as well as voiceover sounds from any connected microphone. When recording, Free Cam hides the application window for a seamless recording session. All that is needed to end the recording session is to press the esc wrench.

After recording, you can polish the video using the built-in video editor provided by Free Cam. This simple but well-equipped editor allows you to cut out unnecessary parts of the video. You can also remove background noise and apply other sound effects to the audio recording.

Free Cam can save the screenshot to your local PC as a 760p WMV file or upload it directly to YouTube. The paid version of this software, Cam Pro, can export the video in 1080p-MP4 format.

In addition, Cam Pro can record from the webcam and the screen, either simultaneously or separately. It also allows users to insert voiceovers, images, videos, transition effects, and background music separately.

Choosing the best screen recorder for your Windows PC

With so many screen recorders on display, choosing the right one to record activities on your Windows PC can be quite confusing. We’ve done the hard work for you, giving you an overview of the best features of each software.

It is up to you to decide which one suits your needs best, knowing that you can install more than one on your PC. Each of these software has a free version, so your budget shouldn’t stop you from getting the right option.