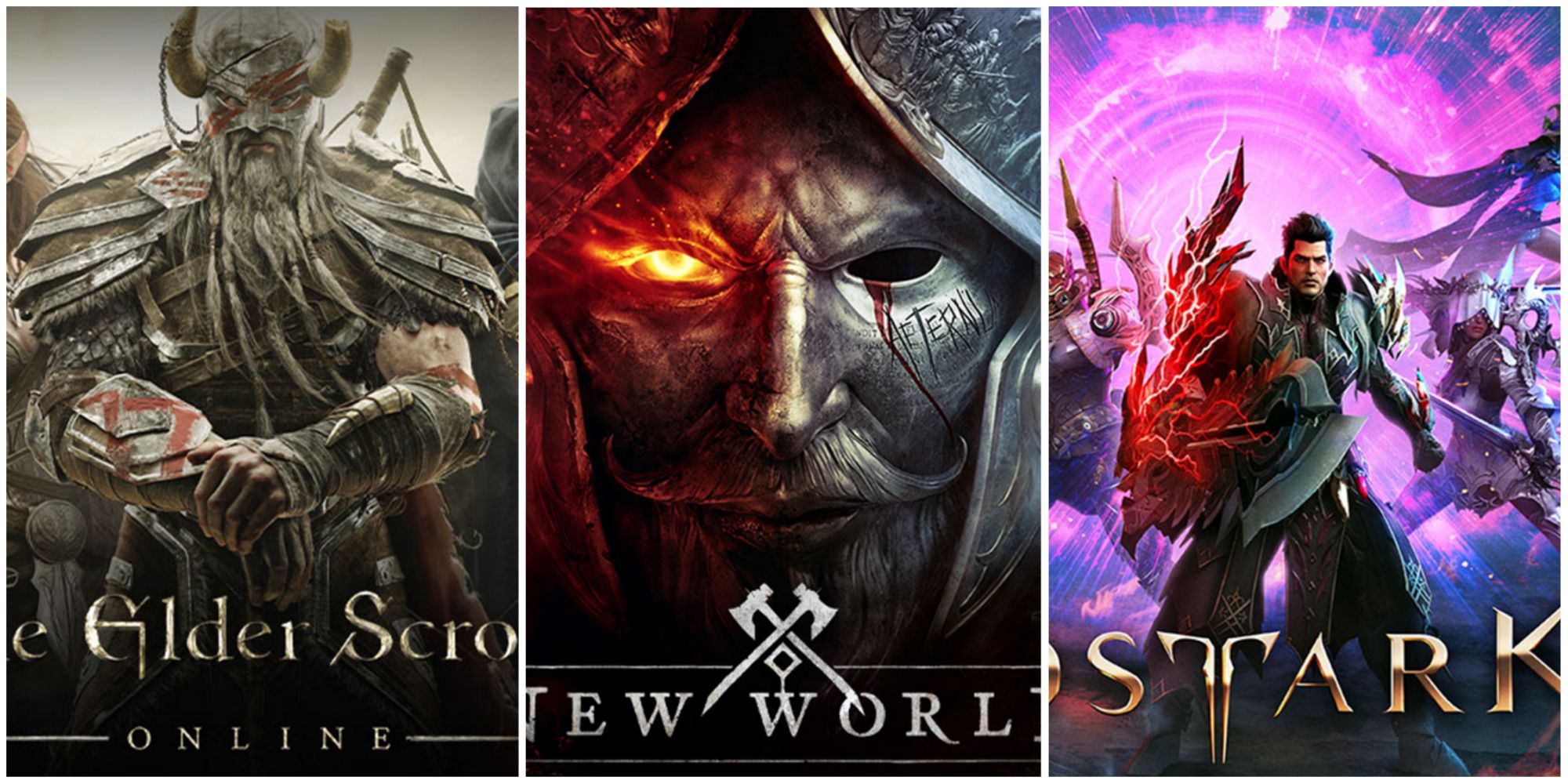 MMOs have come a long way, with many of the older ones becoming industry icons. Many games that people thought would never last still exist. MMOs allow players to explore fully developed worlds while creating a character that is unique to them.

This list aims to explore the best MMOs ever created. Some of these are seasoned MMOs that have been able to expand far beyond what people thought they were capable of at launch. Others are newer but have a lot of potential in what they can bring to the world of MMOs.

Black Desert Online has some of the best character creation in gaming as it allows you to customize every part of a character. There are also many different classes to choose from that have their own move sets, though many of them can feel similar in weaponry. The game is also huge and allows players to freely roam its environment.

It’s a great MMO, but it’s still missing a lot, as the huge world can feel a bit empty without the inclusion of raids other than one in the final game.

New World takes elements from MMOs, hard RPGs, and survival games to create a memorable game and something new in the world of MMOs. The graphics are gorgeous and the PVP can bring a great sense of joy. It also features interesting aspects like three warring factions and a player-driven economy.

The game has many good qualities, but the survival elements make it feel like many of the areas force players to grind for grinding. The sad thing about this is that some of the best parts of the game, like the large-scale PVP battles, are hidden behind dozens of hours of hard work.

Lost Ark changes the MMO genre by offering a top-down isometric view of the character. The game is a lot like Diablo III with different attacks coming in and out naturally. There are also many character customization options available for player classes.

There are 5 classes in total, and each of them can be subclassed, which allows the replayability of this game to be extensive. Lost Ark’s combat can dry up a bit after a while, but the different settings it presents to players are delightful. The scale of this game is huge which makes its future brighter as the game has only been available since 2019.

Guild Wars 2 has done a great job of sticking around when a lot of people thought it might have faded into obscurity after its initial release. The game has had three major expansions so far, and there are plans for many more to come.

The game has had almost 10 years to grow and has done quite well. It feels a lot dumber than other MMOs, but it’s also just as epic in the battles it spawns in the genre.

Star Citizen began releasing the game for testing back in 2015, and despite having a devoted following, it’s still in development. Right now, the game has a lot to offer, although many polarized opinions surround it. Some people believe that it is one of the best sci-fi MMOs to ever exist. Others believe that the game will never be released due to how long it has been in alpha. Both sides have some valid points.

The game is huge and has true deep space exploration as players can fly from orbit to planets that have specific targets. The different biomes of the planets are interesting, as some only survive for certain periods, and the space combat is done very well.

DC Universe Online allowed everyone to play out their superhero or supervillain dreams. He has 15 different types of powers, allowing players to use iconic powers found in DC. The game’s graphics are a bit behind compared to many MMOs today, but some powers are amazing in their use and appearance.

Leveling can be a bit bland at first, but as players start to get more powerful, the game opens up a lot more. Also, the way players traverse maps using their powers makes them feel like they’re really cool. It’s fun to climb buildings or fly over areas.

Old School RuneScape holds a very special place in many people’s hearts as it brought back the style of RuneScape that many originally knew and loved. The wonderful part of this MMO is that the graphics allow it to have an excellent phone port that allows players to run the game smoothly on the go.

The game is free to play, but when players purchase a membership, they can expand the scope of the game. It’s easy to play and jump on, making it easy to sit back and relax while you play. Players can also customize their character however they want, as there is no real class system.

The Elder Scrolls Online is a fairly non-linear MMO, much like previous Elder Scroll games, as there are a lot of things the player can do from the start. The game allows the player to freely select the missions he undertakes. It’s always great to find those quests as they have whole stories that go along with them.

The different areas are leveled with the players, allowing them to freely enjoy the story at an easy pace. Arenas are where things start to get more interesting, as they can be set at higher difficulties. This provides challenges for players who want more than just beautiful scenery and simple quests.

Despite being an MMO, Final Fantasy XIV still carries the iconic feel of its Final Fantasy predecessors. There is a great story to unfold in many of the solo play experiences. The game also offers large-scale battles to fight in the PVP of the game.

After its fourth expansion, Endwalker, the game is still thriving and full of life. This is an MMO experience that has listened to fans since its release and created a game worth playing.

World of Warcraft is without a doubt the true GOAT of MMOs. The game has everything that every other MMO on this list has and much more. This is because the game has been around since 2004 and still manages to put out content.

World of Warcraft has some of the best raids and gameplay that is constantly changing to try and keep up with the times. Graphics are something that developers constantly update, and fans usually get what they want from expansions. Outside of combat, there are city-building aspects, a creature-fighting and taming system, and much more. The world of WoW is one of endless discovery.

NEXT: The Best Open World RPGs Of All Time, Ranked