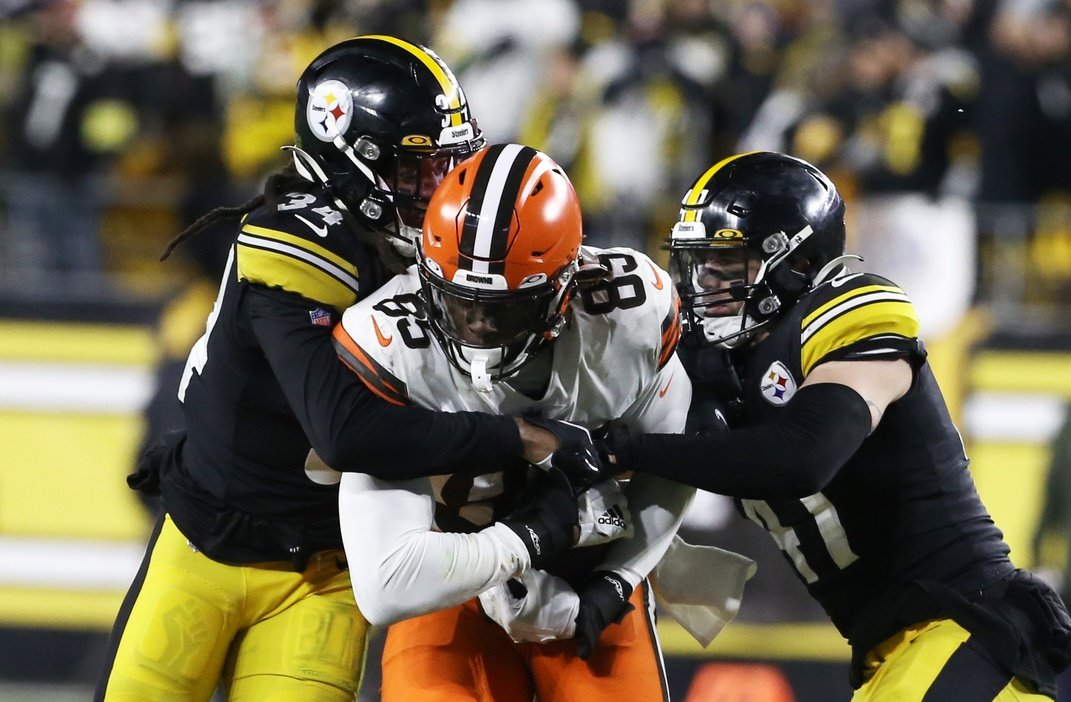 Week 3 of the NFL season kicks off with a matchup between two teams looking to right the ship after the previous week’s disastrous missteps. Here’s how to watch tonight’s action, including start times, channels and live streaming options.

Today’s NFL game is between the Pittsburgh Steelers and the Cleveland Browns. This will be the second of 15 Thursday Night Football matchups shown on Amazon Prime. The streaming giant acquired the rights to TNF this offseason, signing a massive deal for the next decade.

NFL games on TV today for the NFL Week 3 schedule

The Steelers and Browns are two teams that look completely different in 2022. The Steelers are playing without veteran QB Ben Roethlisberger for the first time in nearly 20 years, and the Browns have officially walked away from former first-round pick Baker Mayfield. Now, we get to see Mitch Trubisky take on Jacoby Brissett, the current Browns quarterback, while Deshaun Watson serves his 11-game suspension.

Looking at the road team first, the Steelers have had trouble making the switch from a Big Ben offense to a Trubisky offense (although neither is very impressive). They currently rank 30th in the NFL in yards per game (255.0). Trubisky is a big part of the Steelers’ struggles, completing just 59.2% of his passes for just 362 yards and two touchdowns.

To make matters worse for Pittsburgh, they have lost reigning NFL Defensive Player of the Year TJ Watt to injured reserve. Though the team still managed to hold the Patriots and Mac Jones to just 17 points last week, it might be more a reflection of New England’s poor offense than anything else.

For Cleveland, offense has been less of an issue. They were able to put up 26 points in Week 1 and 30 in Week 2. Yes, Week 2 was ultimately a loss, but nobody expected Joe Flacco and the Jets to do what they did with less than two minutes left in the game. (TD, side kick, TD).

Brissett looked useful during Watson’s absence, completing 65.6% of his passes for 376 yards, two touchdowns and an interception. But what has really helped the NFL’s No. 9 offense has been his impressive running game. Nick Chubb has been averaging 5.9 yards per carry, and RB2 Kareem Hunt has been averaging 4.3.