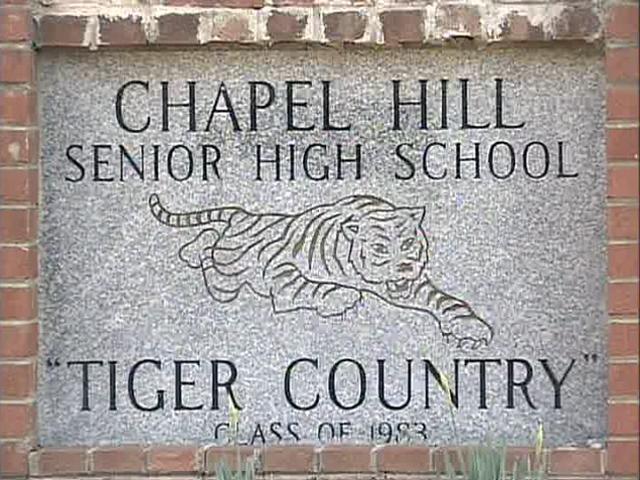 According to letters sent by principals from both high schools and posted on the Chapel Hill-Carrboro City Schools Facebook page, several students reported hearing a threat of violence at the football game. The game was scheduled for Friday night at Chapel Hill High School.

However, hours later, a spokesperson for Chapel Hill-Carrboro City Schools said further investigation showed the threat was not credible and school environments were considered safe.

“As a district, we will always ask for help in discussing with students the seriousness of any comment, communication, or action that hints at school threats in any way. We take all such communications and actions very seriously, and all students should understand that comments or messages related to school threats in any way are totally inappropriate and will result in immediate consequences,” CHCCS said.

The school district said school administrators would be in touch to reschedule the game date. The district also canceled all other extracurricular activities and sporting events scheduled for Friday.

“We reiterate our gratitude for the students who raised concerns, and we appreciate the understanding extended by our community as we address this unfortunate situation,” CHCCS said in a statement.

Meanwhile, a robbery at a nearby gas station canceled the game between Chatham Central and Jordan-Matthews high schools. A Chatham County Schools spokesman said the game would be rescheduled for Monday.

The school spokesperson said the decision was made to reschedule the game because it was getting late. The robbery occurred at a Circle K off US 64. Siler City police said a man entered the store, displayed a gun and then ran away.

Earlier this week, a written threat to Enloe High School in Wake County prompted additional security at the school on Friday. A message written on a wall at the school read: “Firing up the school on 9-23-2022.” A joint investigation between Wake County Schools Security and Raleigh Police found the threat not credible.