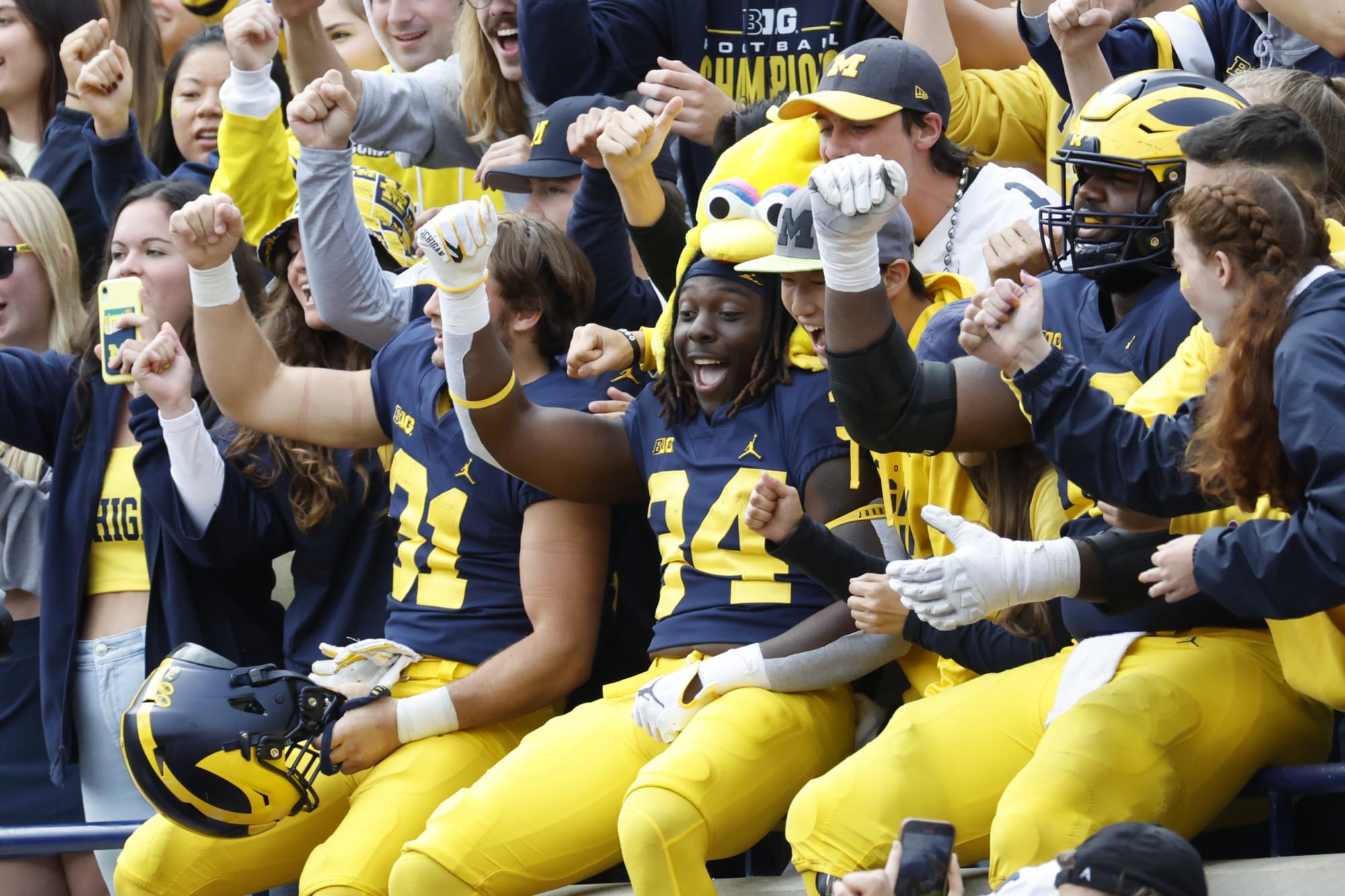 Maryland got a taste of Michigan football on Saturday, but it could be a good thing, and here’s why.

Although Michigan football didn’t cover the 17-point difference against Maryland on Saturday, the Wolverines ultimately cruised to a 34-27 victory. It wasn’t the prettiest and was even stressful at times, but the Michigan Wolverines needed a game like Maryland. As much as I would have liked another 50-point win, today was necessary for a number of reasons.

This was new starting quarterback JJ McCarthy’s first real challenge of the season. Despite the fact that SMU tore through their defense last weekend in a loss, Maryland is way ahead of any competition Michigan has played thus far.

As a result, JJ’s inexperience showed at times. McCarthy still finished with 220 yards and two touchdowns, but was sacked twice and nearly threw an interception in the end zone. It’s good for McCarthy to face real opposition compared to the little he faced in Michigan’s first three games. Getting McCarthy comfortable starting against Big Ten defenses will be huge for the Wolverines, especially when they travel to Iowa City next weekend to take on the Hawkeyes.

As is the case with McCarthy on offense, Wolverine’s defense needed a real challenge. Taulia Tagovailoa is one of the best quarterbacks in the Big Ten and he looked like it today. There were possessions where it seemed the Michigan defense had no answers for Tagovailoa’s arm. If this is a team that wants to stop CJ Stroud in November, we have to be able to stop Taulia Tagovailoa now.

Despite momentary lapses in which Michigan’s pass rush felt non-existent, the Wolverines were able to dig in and find their footing. The Wolverines still allowed 397 total yards but finished with three sacks and three turnovers. RJ Moten and DJ Turner stepped up with miraculous interceptions. Although Turner probably I shouldn’t have counted.

Not only did the players need to face some adversity, but the coaching staff definitely did. Jim Harbaugh is no stranger to training at Big Ten games. His coordinators, on the other hand, are a different story. Defensive coordinator Jesse Minter and offensive co-coordinators Sherrone Moore and Matt Weiss coached their first game as coordinators in the Big Ten.

Minter’s defense is running the same scheme as last season with Mike Macdonald, but today was the challenge Minter needed to prove he’s the guy. Let’s be honest, the defensive staff was never really challenged with tough decisions or play calls in their non-conference games.

The same can be said for the offensive side of the ball. The offensive coaching staff had their first real test of how the two-coordinator system would actually work.

Even Joel Klatt mentioned during the broadcast that he couldn’t get an answer on who was actually calling plays and wasn’t sure how it would work. If today is any indication, Moore and Weiss should be fine calling plays together.

At the end of the day, all Michigan football does is beat Ohio State and win a national championship. Preparing for that moment requires practice to overcome adversity.

Today, the Wolverines got their first chance to show they could fight back with their backs against the wall. If we want to beat Ohio State, start by winning games like today.