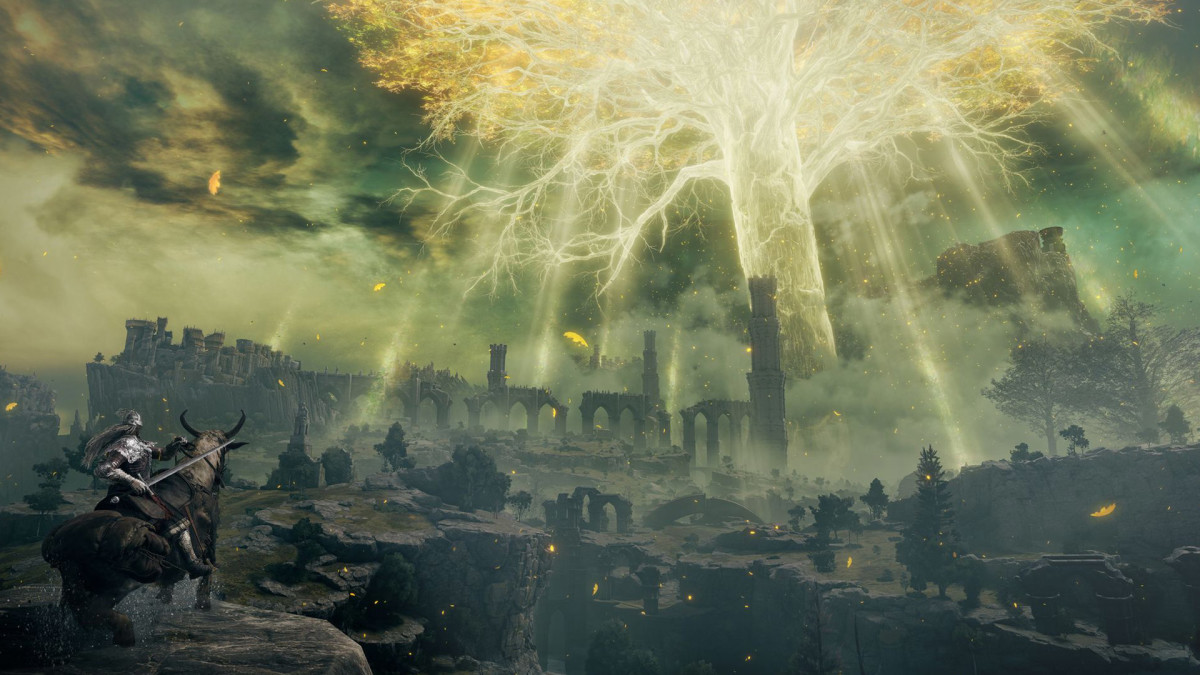 A recently released video game is proving to be a huge success, but it also leads a more dubious category.

“Elden Ring,” a medieval-inspired adventure written by “Game of Thrones” author George RR Martin, welcomes the player to a vast world that hovers in the shadow of an ancient golden tree, populated by large creatures. And small.

The action RPG was developed by FromSoftware and published by Bandai Namco Entertainment.

Elden Ring was released in February 2022 and earned a perfect score of 10 out of 10 on IGN, the video game and entertainment website operated by IGN Entertainment.

But it seems Elden Ring has earned a more dubious honor, as a recent survey found it to be the most confusing video game of 2022.

‘Not a game for beginners’

The study, conducted by broadband analysts at Uswitch, a UK-based price comparison service and exchange website, said Elden Ring amassed “nearly 180,000 Google searches from gamers looking for tips and explanations on How to play”.

“Although the game has been well received by the gaming community, it is definitely not a game for beginners who can easily get stumped,” said Uswitch.

Uswitch said that the “game has been noted as ‘notoriously difficult’ by Polygon game journalists, who noted that the game has huge spikes in difficulty with very little help during the process, which explains why so many get confused and resort to to Google”. for assistance.”

However, Uswitch said this “hasn’t stopped the gaming community from taking to Reddit to express how challenging ‘Standard’ difficulty mode is and suggest less experienced players opt for ‘Casual’ mode to avoid confusion.”

The survey found Nintendo’s Metroid Dread to be the second most confusing video game with nearly 54,000 Google searches from gamers looking for advice on how to play it.

Capcom’s Resident Evil Village in third place with 44,760 annual Google searches from confused gamers. The survival horror video game is rated 10 out of 10 on Steam and 8 out of 10 on IGN.

Rounding out the top five is Assassin’s Creed Valhalla, which was named the fourth most confusing video game with 33,960 searches, closely followed by Far Cry 6 with 31,920 Google searches. Both games are published by Ubisoft.

Neither game company immediately responded to a request for comment.

A journey through the magical realm known as social media generated strong reactions to Elden Ring.

“The biggest complaint I see about Elden Ring is that it doesn’t really explain most of its mechanics,” said one person on Twitter. “So what? Aren’t games allowed to be obtuse, layered, and confusing, like so many great movies and books are? Is there something wrong with discovery and learning?”

“One of the most confusing things about the Elden Ring story (which is greatly intensified by the fact that the game tells you so little), is that you’re expected to remember that Godrick, Godfrey, and Godwyn are totally different people you’re going through. different things,” read another tweet.

One commenter said on Reddit that “The game is really interesting, but I have a hard time following whatever the game is trying to do to me.”

“I’ve only been playing for a few hours and have been trying to get through the first encounter with Margit,” the poster read, referring to a large enemy boss found in Stormhill. “However, I can never beat him and I wonder if it’s because I need to do other tasks to level up etc before I fight him or I just need to keep trying to beat him.”

“Margit is a lesson,” one person replied. “She Explores the world, practices on other enemies, and comes back when you feel fully ready.”

Another commenter said in a Reddit post that “I’m tired of people complaining that this game is crap because it’s too hard for anyone to play or too confusing to understand.”

“Most games give specific addresses and map markers and a quest log,” said the commenter. “We don’t understand that. We just work things out.”