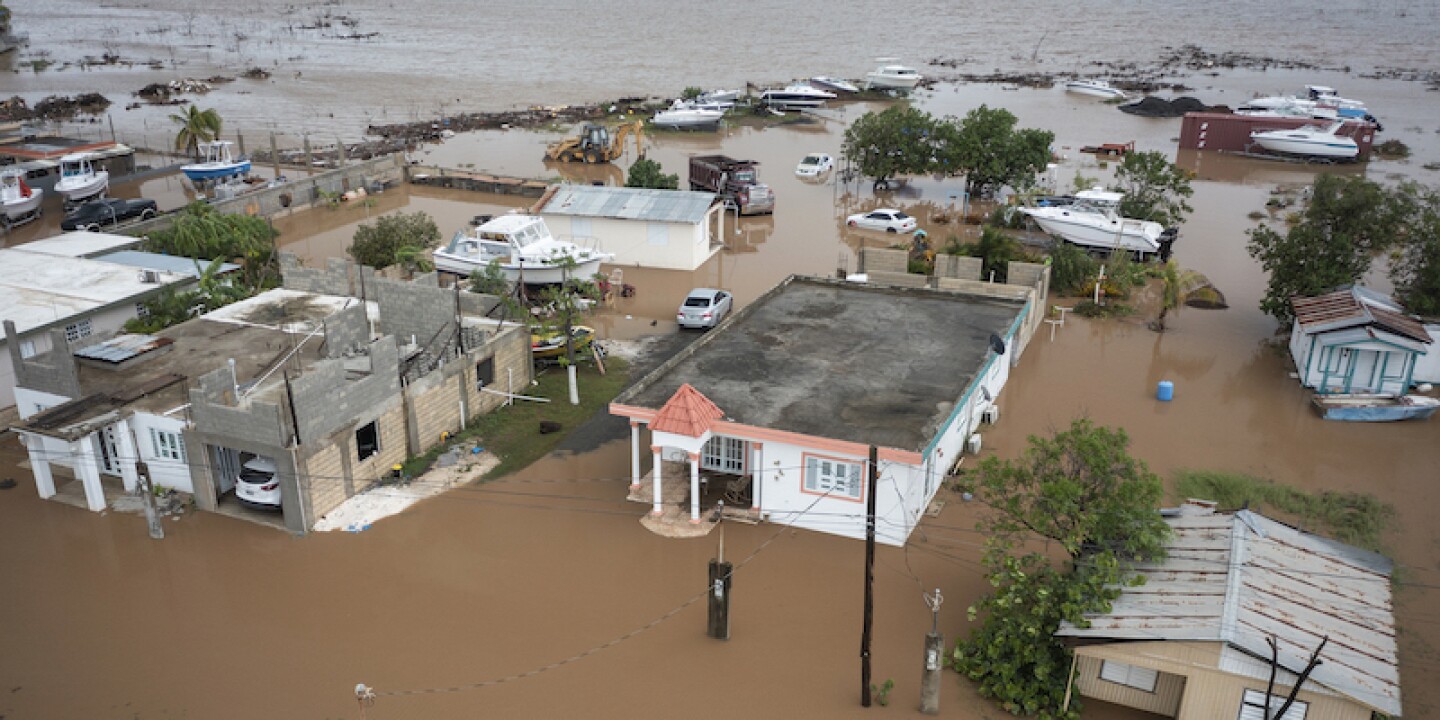 As rains and flooding continued to threaten communities across Puerto Rico on Thursday, citizens began to take stock of the destruction unleashed by Hurricane Fiona, which hit the island on Sunday and left most of the island without power and water. residents of Puerto Rico.

On Thursday morning, authorities said they had restored power to nearly 500,000 of the island’s 1.47 million customers, but Puerto Rico Governor Pedro Pierluisi warned it could be days before everyone has power. . More than 400,000 people in Puerto Rico remained without water service Thursday as citizens stood in lines for hours to fill jugs from water trucks and others fetched water from mountain runoff.

The US Federal Emergency Management Agency (FEMA), which provides disaster recovery information and assistance, said this week that it has deployed additional teams of people to help the hundreds of people already on the ground as the agency worked to assess the damage and determine what other resources are needed. The US Department of Health and Human Services has declared a public health emergency on the island and has also deployed teams to the US territory.

The National Weather Service reported Wednesday that flooding remained a concern amid continued rain after the hurricane. Parts of the island had received more than 25 inches of rain and more is expected in the coming days.

Governor Pierluisi said it would be at least a week before authorities have an estimate of the damage Fiona caused, but described the destruction as “catastrophic,” especially in the central, southern and southeastern regions of the island.

Authorities said Tuesday that at least 500 people remained in shelters across the island.

While Puerto Rico has so far been the hardest hit, it is not the only Caribbean island to suffer damage and devastation. The storm also forced more than 1,550 people to seek refuge in shelters in the Dominican Republic, where it left more than 406,500 homes without power.

It hit the Turks and Caicos Islands on Tuesday as a Category 3 storm, and was strengthening to a Category 4 hurricane as it headed toward Bermuda, where it is expected to hit on Friday, according to the Hurricane Center.

How to help the people of Puerto Rico

For those watching the devastation from afar and wondering how to help, there are several notable organizations working to aid recovery efforts. Of course, there are important aid groups that step in after a crisis, like the Red Cross, but there are also some grassroots efforts in Puerto Rico that are doing important work on the ground.

This women-led organization works to support women who are victims of domestic violence and sexual assault. Taller Salud also provides emergency management tools to the community and is donating food, water filters and diapers after Hurricane Fiona.

Founded in the wake of Hurricane Maria in 2017, SBP Puerto Rico works to help families repair and rebuild damaged homes. “Every day our team works simultaneously on 8 to 12 homes, driving recovery construction work. . . We do this through our Toyota Production System-based building model, trained AmeriCorps members, and passionate volunteers. SBP has helped more than 200 families and more will need assistance to return to a safe and secure home after Hurricane Fiona. SBP hopes to court volunteers as well as funding.

This helpful resource provides Puerto Rican residents with free access to legal information so they can be better informed about available legal routes to assistance, even after a crisis or natural disaster like Hurricane Fiona. For those who do not have the means to hire an attorney, the hope is to provide people with clear, easy-to-digest legal information should they need to represent and defend themselves in a legal setting.

The Civic Club, a nonprofit social club for Puerto Ricans based in San Jose, California, is raising money for solar lights and propane and gas generators for those in need in Puerto Rico. People can donate funds or purchase items directly from a list detailed by the organization and send them to the address provided in Puerto Rico, where staff will collect and distribute them.

Created by Puerto Rican business leaders, PR x PR is a 501c3 nonprofit organization with no overhead that gives 100 percent of the donations it receives to communities in need. Relief efforts focus on providing food, clean water and energy.