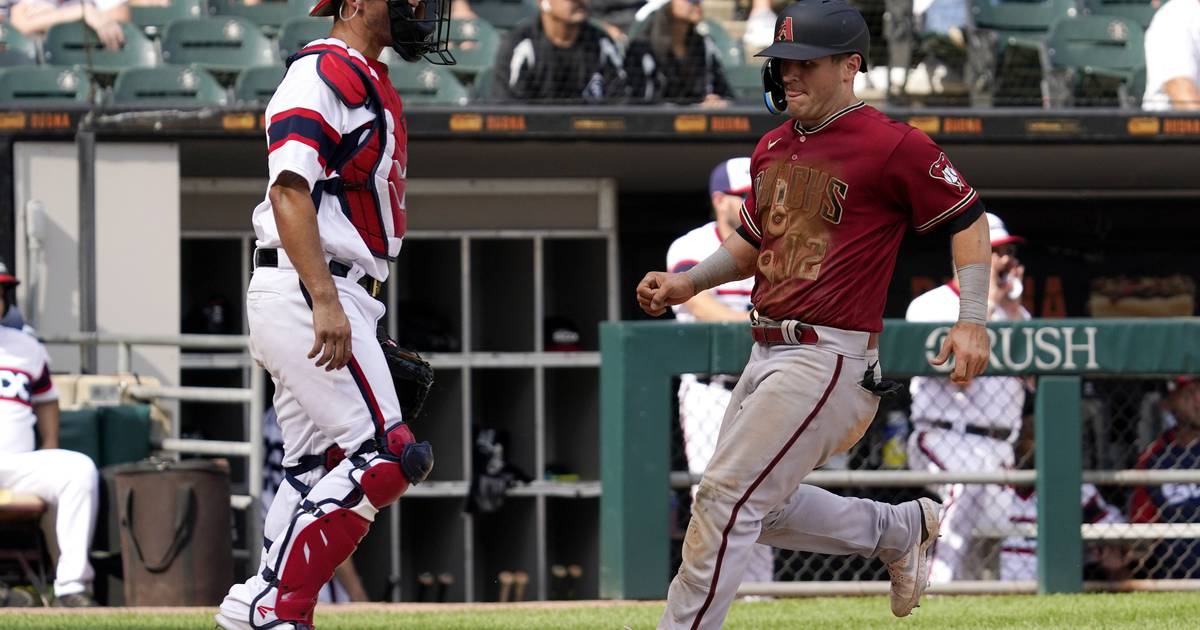 Elvis Andrus and Luis Robert occupied second and first base, respectively, representing the possible tying and winning runs for the Chicago White Sox.

Manager Tony La Russa asked Leury Garcia to bat for Seby Zavala with one out and the Sox trailing by one run in the ninth inning against the Arizona Diamondbacks.

Garcia cut off Ian Kennedy’s 1-1 pitch to left but fouled out, another example in a season full of what could have been, and the at-bat ended with a strikeout.

Kennedy then struck out Romy Gonzalez to end the game as the Sox completed a dismal weekend against the Diamondbacks with a 3-2 loss in front of 29,781 at Guaranteed Rate Field.

The Sox lost all three games to the Diamondbacks, who are ranked fourth in the NL West, and have lost nine of 11.

“The last 11, I don’t know how many it’s been, but I know within some of them, we’ve been there,” Red Sox third baseman Josh Harrison said. “We’ve had some chances to tie the game, win the game, but we fell short. A bounce here or there, a pitch here or there.

With the late-August slump, the Sox are two games under .500 at 63-65 and in third place in the AL Central, five games behind the league-leading Cleveland Guardians. division.

Asked if there was frustration after the series, Sox manager Tony La Russa said: “No. I just get angry. I don’t like frustration, discouragement. That’s loser shit. It just filters energy out of your body, distracts. I just get mad and I want to do something about it.”

The Sox blew a fantastic outing from starter Dylan Cease, who allowed two runs on two hits in a career-high eight innings.

“That’s the best he’s been all year,” La Russa said.

Cese struck out eight and walked one. Both hits were solo home runs.

“It was a solid game, especially from an execution standpoint,” Cease said. “I am happy to have limited walking. I thought I was more focused. I really wanted to get my fastball down and got into a good flow and it really made a big difference.”

Stone Garrett’s solo shot to center, just out of Adam Engel’s reach, gave the Diamondbacks a 1-0 lead in the second.

The Sox took the lead with two in the sixth. Jose Abreu singled, moved to third on Andrew Vaughn’s double and scored on Gavin Sheets’ sacrifice fly to right field. Vaughn advanced to third on the fly and scored on AJ Pollock’s infield hit when the ball deflected off Diamondbacks starter Zach Davies.

The Diamondbacks tied the game on Sergio Alcantara’s solo home run off Cease with one out in the eighth.

“I got to my spot,” Cease said. “Sometimes you have to tilt your cap.”

Reliever Kendall Graveman walked twice in the ninth and the Diamondbacks went ahead on Jake McCarthy’s two-out double.

[ [Don’t miss] Column: It’s a strange season in Chicago, where contending White Sox get booed and optimism grows for Cubs ]

Andrus doubled with one out in the ninth and Eloy Jimenez, who pinch-hit for Engel, walked. Limited by a sprained left wrist, Robert ran for Jiménez.

The Sox opted for switch hitter Garcia, who is hitting .209/.234/.271, to hit from the left side against right-hander Kennedy.

“I thought he was going to get a fastball to hit and he did,” La Russa said. “He hit a fair foul. And I knew we’d give Romy an at-bat because (Garcia) would be hard to duplicate. One thing about Seby, if he hits a ground ball, that’s the last batter we have (because of a potential game-ending double play).”

The Sox were left empty-handed.

“I don’t think anyone is going to show effort,” Harrison said. “But considering where we’ve been the last few weeks and a half, a little bit of frustration has built up. Trying to score runs, catching some tough breaks here and there. Some tough plays.

“At the end of the day we have to play better as a whole. Do not individualize any play, any pitch, anything. Baseball is a game of consistency, and realistically we haven’t been as consistent as we should have been.”

The Sox have Monday off before continuing the homestand against the Kansas City Royals.

“I have to keep connecting,” Harrison said. “The frustration, the anger, they are going to be different emotions for people. Needless to say, we are not in a good place overall.

“Baseball is a game where you can’t put your head down. … It’s a long season. There are ebbs and flows and part of being a professional is showing up every day. Regardless of what has happened in the past, you have to bring it.”