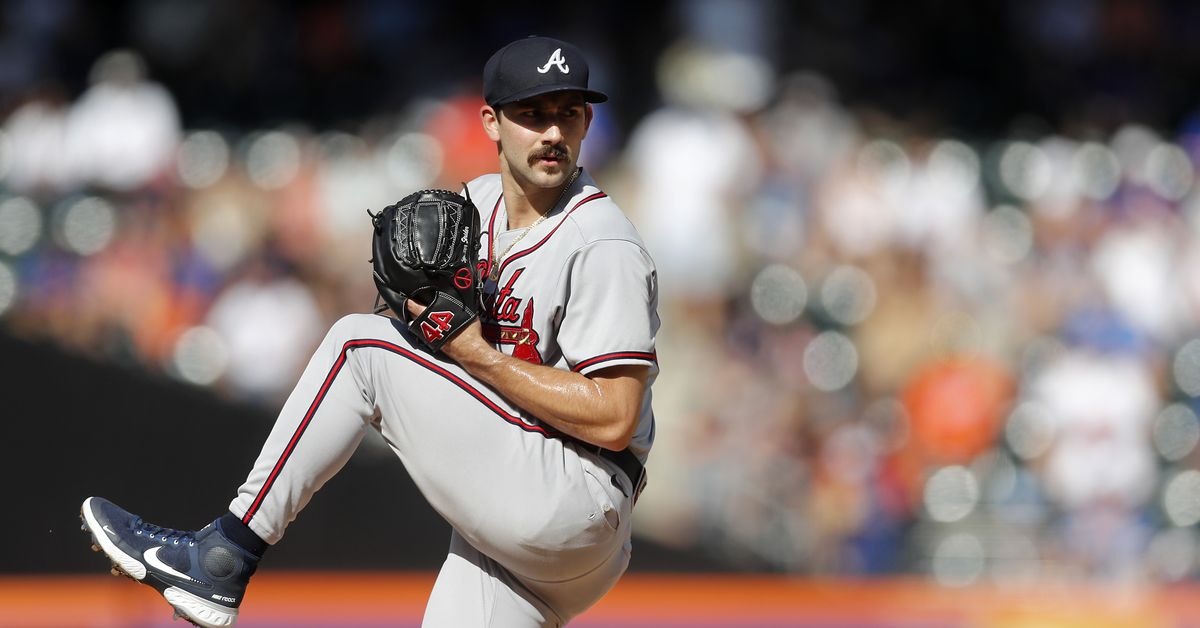 This is one of those series that pundits like to say is “important.” Where the talking heads say the results of a series between a division leader and the third-best NL team by record mean something, about where each team is and what it means for the playoffs. In truth, this series doesn’t really tell us a more grandiose statement. Baseball is too random in a small sample size for that. In 2006, the Cardinals faced the Detroit Tigers in the regular season and were swept. They later faced them in the World Series and only lost one of five games. It’s tempting to read too much into this series, but it has no impact on what will happen in the future or our ability to predict it.

But it would be nice to “make a statement,” as those pundits would say. Announce our presence. It doesn’t necessarily look like it, but the National League is the Dodgers and everyone else. But we are right at the top of everyone else. We’re separated on wins and losses by a healthy margin from the Mets and Braves, but run differential tells a slightly different story. The Cardinals are +120, the Mets are +124 and the Braves are +135. Yes, the Braves and Mets have a tougher schedule by virtue of having to face the Phillies more, while the Cardinals only have the Brewers. But also: That run differential was mostly without Jordan Montgomery or Jose Quintana. This is a different team than the season record indicates.

The Braves have the eighth-best offense in the majors according to wRC+. Ronald Acuña Jr. is having a rough year so far, with his career-low WRC+ (118 WRC+), but his .374 xwOBA suggests he’s just down on his luck. However, that xwOBA would mark the worst xwOBA of his career (just shy of his rookie season) and it would be the first year that his xwOBA didn’t improve year over year. Matt Olson is a downgrade from Freddie Freeman but he’s doing what’s expected. The newly renewed Austin Riley continues to improve and proves that he is worthy of his new contract.

The Braves also have two young players who jumped straight out of AA, Vaughn Grissom and Michael Harris II. They’re both playing a little above their weight at the moment, but they’re also 21, so in the long run they’re very scary. And Willson Conteras’ brother, William, is his backup catcher and designated hitter. Dansby Swanson learned to hit along with great defense. They have a couple of black holes in the lineup. Eddie Rosario is having an absolutely terrible year at 50 wRC+ and -1.2 fWAR. They traded for Robbie Grossman, who also has negative fWAR on the year. Marcell Ozuna is basically not playing right now, also with negative fWAR. Guillermo Heredia barely plays, but he does have negative fWAR as well. They are guaranteed to play at least one player below replacement in this series and two if both receivers (Travis d’Arnaud is the primary receiver) are not in the starting lineup.

They have a couple of big name relievers, with Kenley Jansen and Raisel Iglesias playing as you would expect. However, Kirby Yates has only pitched 4 innings and it hasn’t been a pretty four innings. AJ Minter is a dominant southpaw, Tyler Matzek is someone I expect the Cardinals to face. Collin McHugh has been a pretty good reliever for several innings. Really anyone who throws has good stats except Matzek. So somehow you have to annotate their headlines. A problem…

The Braves have become obnoxious again. All the prospects they have seem to instantly become studs and also sign team-friendly deals for dollars on the penny. He is irritating. Strider hasn’t signed that contract yet (and frankly, due to his extreme self-confidence, I think he won’t), but he fits the “stud” profile. He literally strikes out everyone. He is at 37.3K% and still manages to combine that with a sub 10% walk rate. This doesn’t even come with a super low GB percentage. He is the real deal. He has 26 games pitched and 15 of them started, and annoyingly, he has better stats as a starter.

Quintana will be interesting to watch insofar as he looked really bad last time. It was obviously just a momentary glitch, but he seemed like a very different pitcher than we saw in his first three starts. Atlanta won’t be an easy matchup, as they rank fourth in baseball in wRC+ against left-handed pitchers.

As fortunate as the Cardinals were to have two left-handed starters against the Brewers’ lineup, who weren’t good against lefties, the opposite applies to this series. Unlike Quintana, Montgomery has had some kind of career. But he’s going to end at some point and the Braves’ offense is pretty good, so I’m not sure I’m too optimistic about this.

Winning this series will be difficult but doable. However, this is the vital game that they absolutely have to win. It’s the only pitching matchup that favors the Cardinals. He finds a way to win one of the first two games and then Waino puts the team on his back like he has done so many times before.

Odorizzi is perfectly cromulous but also perfectly hittable. It just doesn’t compare to the first two pitchers in this series. He has a below average strikeout rate. He went from being two of the leaders in strikeout rate among starters to a below-average strikeout rate. He recently traded to the Houston Braves, if he’s worried that he’s been doing well recently, well, he hasn’t. He has worse stats like Brave. He doesn’t get many strikeouts and a fair amount of home runs. That fits perfectly with the Cardinals’ offense.

Yes, I am choosing a serial loss. I just don’t love the matchup of either of the first two games. My real guess is that the Cardinals win one of the first two games but lose the Waino game because that’s exactly what baseball would do. Morton and Strider seem Really bad matchups for the Cardinals: Strider faced the Cardinals before, striking out 12 and not allowing a run; Morton faced them last year and pitched 7 2/3 scoreless innings. I mean they’re really bad matchups for everyone, but it’s going to be tough to score. And his bullpen doesn’t provide much relief, either.

I swear I was going to pick the Cardinals to sweep the Diamondbacks, but I refused at the last minute because I noticed they had a winning record at home. But since I can’t predict series at all, that’s not necessarily a bad thing. So being bad at predicting series means that a 2-1 series loss might not happen.