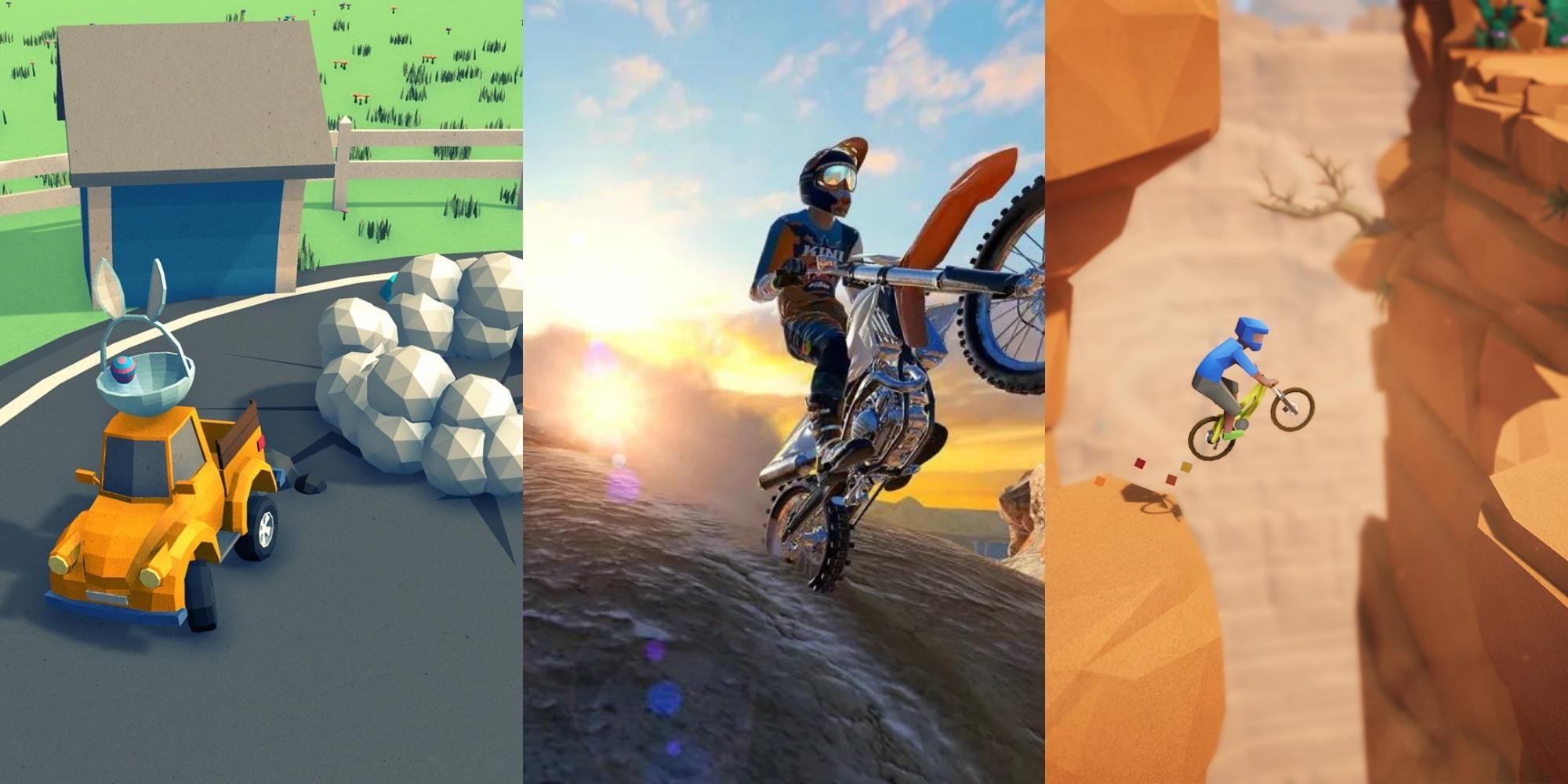 racing game Fans can practice and hone their skills while playing some of the most popular cult classic racing games and lesser-known gems that not only transport them to real-life cities, but take them on epic off-road adventures. Thanks to these fast-paced games, players can visit some of the most remote places on our planet and compete in races that take place in fun fictional worlds.

Related: Beginner Tips for Ashes Of The Singularity: Escalation

These wonderful racing games also have a great selection of cars, trucks, and even bikes and motorcycles that make these speedy adventures even more exciting and challenging. Players can try new racing games, off-road VR games, and family racing games that are great fun for players of all ages, no matter their level of play.

dirt rally is one of the most realistic and fast-paced offroad racing games with awesome rally cars. It is an excellent choice for gamers who loved the dirt 5 cars and want to give themselves a similar challenge. Players can not only race against other players or their friends and family, but they will also have to manage their teams and tune up their cars.

Lonely Mountains – Downhill is one of the most entertaining bike racing games that is perfect not only for cycling fans but also for anyone who loves fun sports games. This offroad racing simulator has a charming art style, but the races are quite difficult and players can test their skills during realistic competitions and various challenges.

Related: The best games on PS Plus Premium and Extra

Players can go on their adventures alone or in multiplayer mode to explore the open world full of fun and challenges of the game. Players can explore a beautiful mountain and all its trails, canyons, forests, as well as wild rivers and lakes while competing against other players and putting their skills to the test by unlocking the game’s most difficult modes.

MX bikes is one of the most exciting and realistic early access motocross simulation games in which players can learn everything about offroad motorcycle driving. It is a great game for those players who especially enjoy real life simulation games and want to test their skills during fast-paced motorcycle competitions.

It is one of the most immersive offroad racing games that simulates the dynamics of real life motorbikes and even setting options that make the game feel more realistic. Players can test their skills during some of the most challenging offroad races and try out various terrains while competing against other players online. Players can even customize their rides and their own helmets and boots.

Flat Out 2 is one of the most popular and top rated offroad combat racing game where players can drive as irresponsibly as they want. Thanks to this hilarious racing game, players can completely destroy their own cars and those of others, as well as more than a thousand other objects.

Players can test drive turbocharged cars and battle other players solo or in multiplayer as they explore some of the most atmospheric racing locations. Players can test their skills through mini-challenges and drive through deserts and storm drains, among many other imaginative locations.

Egg speed up! is one of the most fun video games in which players must complete challenging tracks without dropping the eggs that are on top of their cars. While this offroad racer has a colorful and charming design, it is actually one of the most challenging as well.

Players will have to work hard and improve their racing skills if they want to be able to complete all thirty tracks without dropping an egg. This family-friendly game is as fun as it is rage-inducing, so beginners and experienced players alike should prepare for challenging but highly entertaining adventures filled with hammers, fallen trees, and boxing gloves.

mon bazou is one of the most popular early access offroad sandbox racing game where players can build their own racing cars by upgrading them with cool parts. This fun game transports players to Canada, where they become street racers while earning money delivering pizza and drinking as much maple syrup as possible.

Related: Games That Will Dramatically Improve Your Aim

Players not only have to race, but also build their own garage and find a way to earn money and fend for themselves in order to stay alive and be able to race in this hilarious and surprisingly relaxing offroad racing game for the whole family. Players can explore this fun and beautiful open world while learning fun facts about Canada.

1 Motor Town: Behind the Wheel

Motor Town: Behind the Wheel is one of the most exciting early access racing games and also one of the most relaxing video games, perfect for beginners and experienced players alike. In this charming game, players can go on their adventures alone or in multiplayer mode and compete against AI or other players.

While this racing game has lovely graphics, it can actually be quite challenging as it is a game with realistic physics and players can race and test their skills during various on-road and off-road races. Players can also drive various fun cars including taxes, trucks and buses while racing or completing fun missions and picking up hitchhikers.