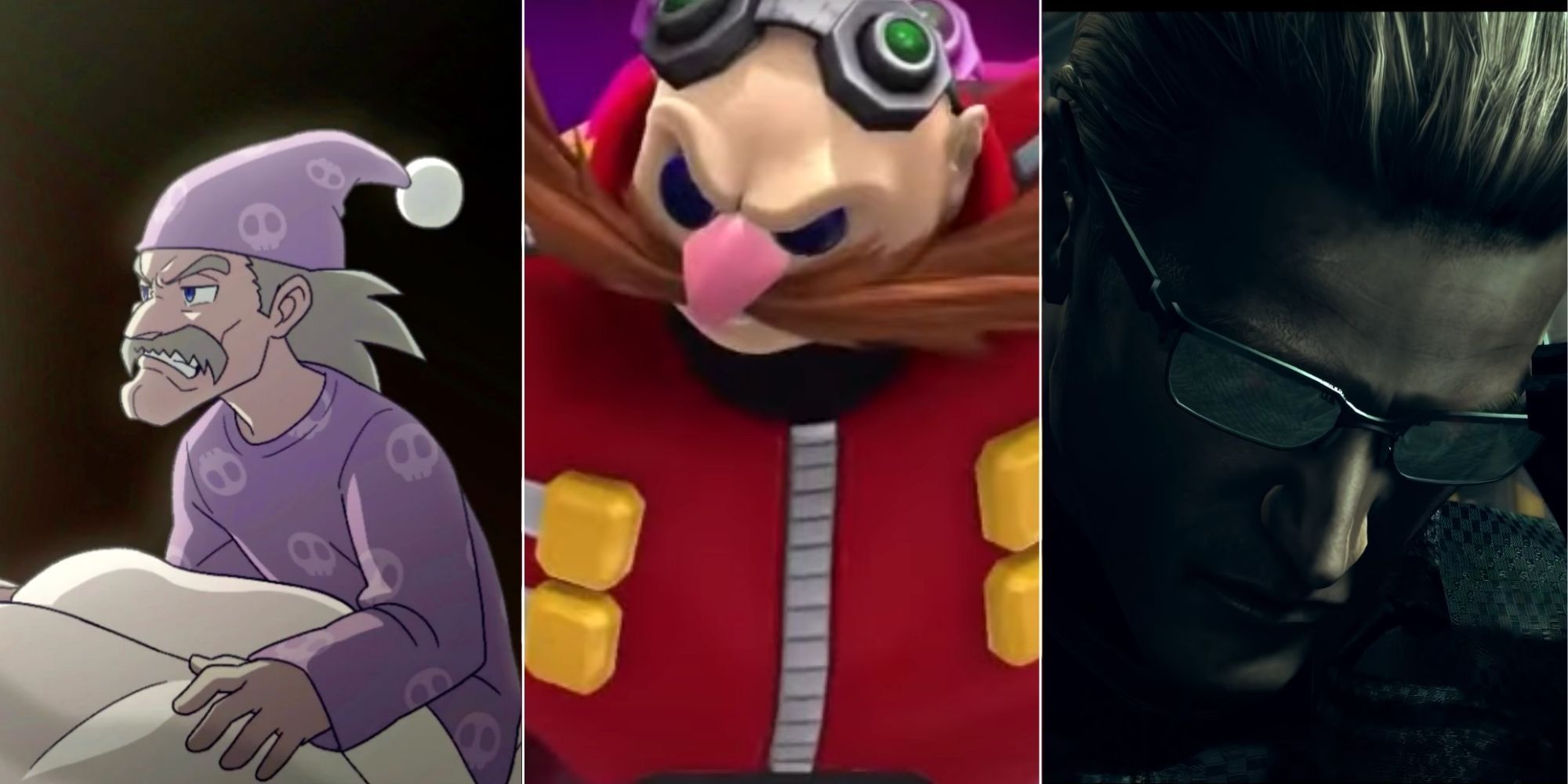 The evil scientist is primarily engaged in villainy: scientific advancement is more of a side job. Often serving as the final boss for a game’s heroes to take down, evil scientists range from cartoony criminals to legitimately sinister. The greatest of these characters aim to reshape the entire world through their experiments, and they are more than happy to make their ambitions clear with a well-timed monologue.

Related: RPG Villains I Only Forgave Because The Game Told Me I Had To

Though they haven’t quite returned to the heights they reached during the heyday of 3D platformers, the evil scientists are still hard at work in their labs. Anytime a game developer needs an army of killer robots, a plague of zombies, or a genetically modified super-soldier with a big sword and bigger anime hair, an evil scientist is ready to put his plan into action.

Dr. Zed’s evil twin brother, Dr. Ned, is responsible for the events of the Borderlands Zombie Island downloadable content. In addition to his well-groomed mustache, Dr. Ned is known for turning the residents of Jakobs Cove into his own personal zombie army. He also created Wereskags, when he attempted to cure (for commercial purposes) the reanimated employees of the Jakobs corporation using Skag DNA.

Dr. Ned looks suspiciously like the good-natured Dr. Zed – the mustache on top of the surgical mask is a bit hard to explain. Rest assured though, Dr. Ned is not an alter ego, as Gearbox has confirmed that the twins are separate characters. Also, only one of them ends up becoming a zombie.

The creator of his own nemesis, Dr. Neo Cortex is Crash Bandicoot’s main enemy. Born into a family of circus clowns, Cortex was bullied by his interest in science as a child. At one point, his torturers forcibly tattooed his now trademark “N” (for “nerd”) on his forehead. With dreams of world domination, Cortex enrolled in Madame Amberley’s Academy of Evil, where he learned the tools of the evil genius trade.

No stranger to creating monstrosities both mechanical and genetic, Cortex sometimes ends up on the receiving end of his evil schemes, forcing him to team up with Crash to right his wrongs. In his spare time, he enjoys go-kart racing.

Professor Hojo from Final Fantasy 7 is not only a genius, but also a terrible human being. Manipulating, teasing and watching his subjects suffer brings joy to Hojo. As the head of Shinra’s Scientific Research Division, this twisted researcher is responsible for the SOLDIER program, which created many of the elite troops that Cloud and his allies must take down.

At the very least, Professor Hojo deserves some credit for being the evil mind behind the Jenova Project S. These were the experiments that resulted in the birth of Sephiroth, one of the most memorable antagonists in the Final Fantasy series, if not the games. role in general.

Dr. Nefarious accepts the role of the evil scientist. While he was accidentally transformed into a robot, don’t think that’s his tragic backstory. It was bad for the metal bone long before that happened. Intergalactic warfare is Nefarious’s favorite hobby. If he had his way, all organic life would have been robotized decades ago. Nefarious has traveled through time, jumped between dimensions, and like all classy supervillains, he has a butler, Lawrence.

Since the PS2 era, Ratchet and Clank have had to foil Nefarious’s schemes at least once per console generation. Despite these frequent clashes, they still found time to team up in 2011’s All 4 One, with Captain Qwark rounding out the team.

Driven to further her scientific research regardless of the harm caused to the residents of the Aperture Science facility, GLaDOS began as an attempt to create an artificial intelligence advanced enough to contain the mind of Cave Johnson, the company’s founder. As soon as it was activated, GLaDOS took control of the Enrichment Center releasing a deadly toxin.

In Portal and its sequel, GLaDOS torments protagonist Chell under the guise of testing the Portal Gun. While GLaDOS excels at conducting experiments, he shows no concern for the well-being of the test participants, attempting to eliminate Chell after traversing all of the facility’s test chambers.

Between the glasses, the mustache, and that iconic egg-shaped figure, Dr. Ivo “Eggman” Robotnik is one of the most immediately recognizable video game antagonists. From the humble beginnings of him turning forest animals into machines, Dr. Eggman has built doomsday devices, created a robotic version of his greatest adversary, and even participated in the Olympics.

Eggman is nothing but cunning, he always has new plans to put Sonic and his friends to the test. He is also surprisingly slippery, running off to plan another day almost every time his master plan falls apart.

If the Terminator-style sunglasses and leather coat didn’t give you an idea, Wesker is calm, collected, and acts without remorse. Injected with a prototype version of the t-Virus, Albert Wesker used his superhuman skills and knowledge as a virologist in an attempt to bring about the extinction of humanity as we know it in the Resident Evil series.

Sometimes seeming invincible, Wesker served as the last hurdle for gamers from his betrayal of STARS in 1996 until his demise in 2009. With his memorable design, inhuman strength, and willingness to coldly eliminate anything that stands in his way, Wesker is still the most unforgettable villain in the Resident Evil series.

Responsible for eleven games of robotic enemies, Dr. Albert W. Wily can turn almost any machine into a force of destruction. Sure, Bomb Man, Tomahawk Man, and Magma Man sound dangerous enough, but should we really need to call in the Blue Bomber to deal with Bubble Man or Sheep Man? Supossely Yes.

What sets Dr. Wily apart from so many other evil scientists is the legacy he has on his universe. Before his death, Wily created the Maverick Virus, as well as the future Maverick Hunter Zero, both of which play a crucial role in the Mega Man X and Mega Man Zero series.

Next: The best games where you are the villain