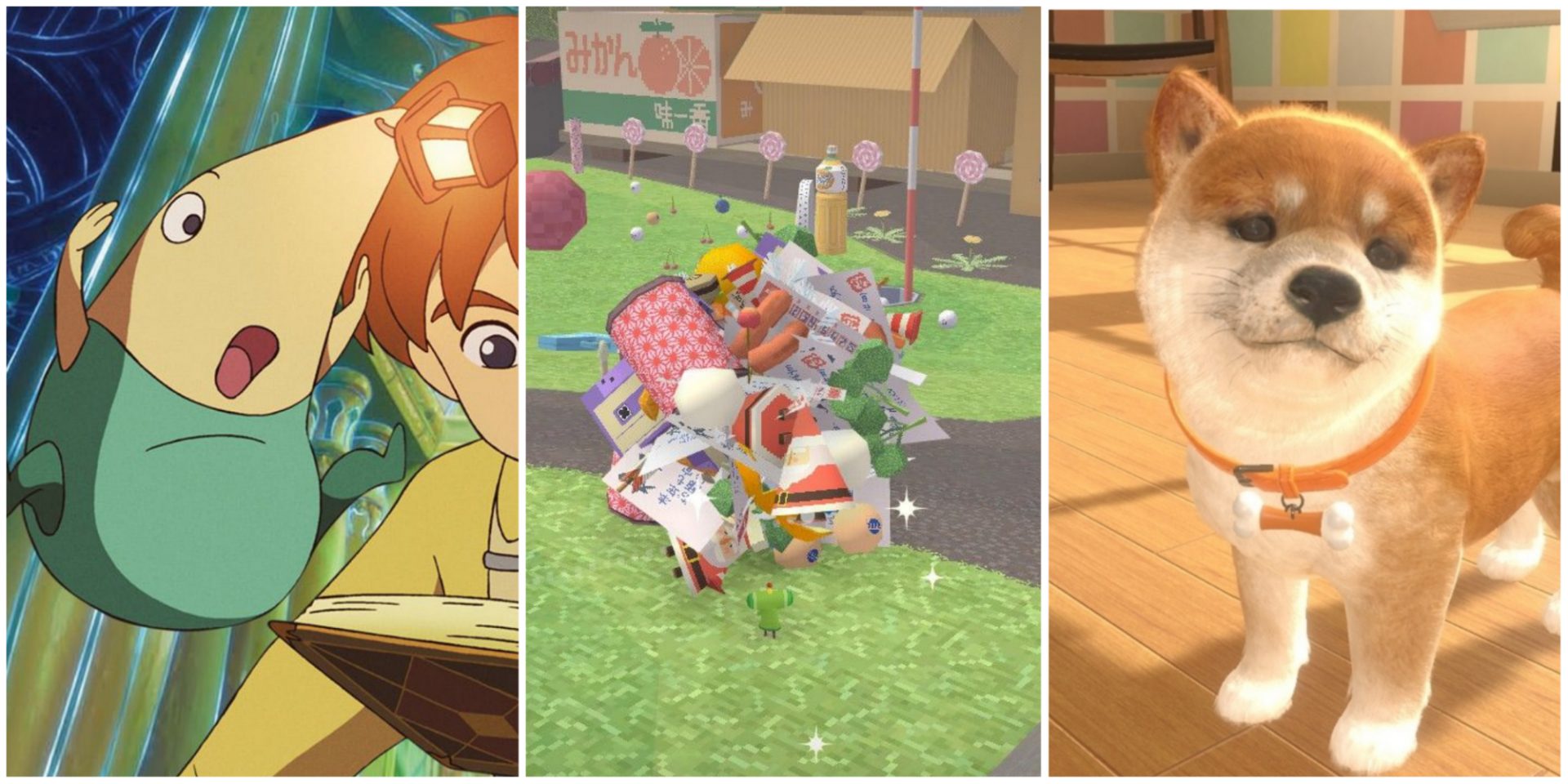 Franchises generally stick around because of the ability to create a great game that is sometimes mixed with a great story. Sometimes those franchises have little or no history. This leads to a lot of interesting creative choices most of the time that take the games in a nice direction.

Most of the time, adding to the cute and comfortable feel of the game can make it much better for both player experience and product sales. These are the video game franchises that have some of the cutest designs. Games will be scored solely on aesthetics, though gameplay will also be mentioned.

Undertale can have some dark visuals that are a bit unsettling towards the second half of the game. What makes this game so cute is the 8-bit exterior and art that it chose to go for. Nothing feels conventional, but it’s the unconventionality of how things look that makes them easy on the eyes.

The ability to have a pacifist run also adds to the lovable nature of the game. It gives players the option to save everyone in sight and so creates some heartfelt shenanigans.

The Katamari series has probably some of the most intense games this list has to offer. Players have to roll a ball that sticks everything to it. This ball starts out by getting small things like paper clips, but as the game progresses players will have people and trees glued to their ball to achieve a certain size ball for the king.

The gameplay may sound like the main character is an evil villain, but this quickly changes when players discover that the characters they play are cute micro creatures with fluffy designs. The game’s art style is also easy on the eyes, making the gameplay seem a lot less evil.

Pokemon has some pretty awesome looking creatures that players can catch. With that being said, it also has a lot of top tier Pokemon and even some higher tier Pokemon that are adorable. This is a franchise that anyone who has played knows can bring a lot of calm. There is a serenity to catching and battling Pokémon as players try to be the best.

The different graphical styles that the games have gone through also bring exciting and upbeat aspects that other games don’t have.

The Sonic franchise is being slept on by people who aren’t fans of the game in terms of how cute it can be. There is a giant purple guy in the series whose name is Big the Cat. He will remind many gamers of Totoro from the Studio Ghibli movie.

The game is known for being fast paced and action packed. Sometimes it is, but if gamers notice game settings most of the time, they’re as cute as they are interesting. Also, the little Cheese the Chao that follows Cream is one of the most lovable characters in gaming.

The Nintendogs series lasted quite a long time. This was a huge success for Nintendo as it allowed players to breed a dog on their DS. Players were able to interact with their dogs using the stylus, which created an original experience at the time.

The game provides players with pretty bubbly colors in whatever setting they choose to go. Owning a virtual dog and watching him grow from a puppy to an adult dog is a joy.

LittleBigPlanet has one of the most attractive settings on this list. The background is made up of many different textures that are reminiscent of fabric. Having this as a backdrop makes players want to walk across the screen and touch variations of the material.

Sackboy is also as cute as ever. Having to navigate the in-game menu using a giant PlayStation controller is probably one of the best things gamers could have gotten.

Ni No Kuni adopts the art style of Studio Ghibli. The characters have distinct round anime features. In the game’s settings, there is a ton of color that comes through, which makes it visually stunning. A lot of the enemies are drawn in a way where, even if they’re menacing, they’d make a cute stuffed animal in someone’s room.

The art style carries a lot on its shoulders in these games. Ni No Kuni’s story is also captivating with charming characters that players will want to learn more about.

The Kirby franchise has to be one of the cutest things on this list. Kirby has a cute and simple round design that makes people wish they could have cute little Kirby pets running around. The good thing is that they sell huge Kirby stuffed animals that could be the solution.

Besides the stuffed animals, the games are adorable. All backgrounds feel like something out of a cotton candy dream and the change in Kirby’s appearance as he gobbles up new enemies never disappoints.

Animal Crossing is iconic for being adorable. The design of everything in the game puts players into a somewhat hypnotic trance with its calming charm. This is one of those games where players can sit back and do the tasks given to them calmly.

The decoration of the houses and the characters of the players can also lead to adorable choices. This series is in general a recipe for a great time full of relaxation. The gameplay is also perfectly suited to vibrations without too much stress or tension for the players.

Mario himself could be a chubby little Italian that many people might not find cute. What the Mario franchise does is bring out a lot of cute places and characters to explore. In every Mario game or game that is part of the franchise, players can encounter enemies or other characters that will blow them away on screen.

All of the games do a great job of creating a relaxing flow even on difficult platforming challenges. The music that the games provide is also upbeat and upbeat for the most part.