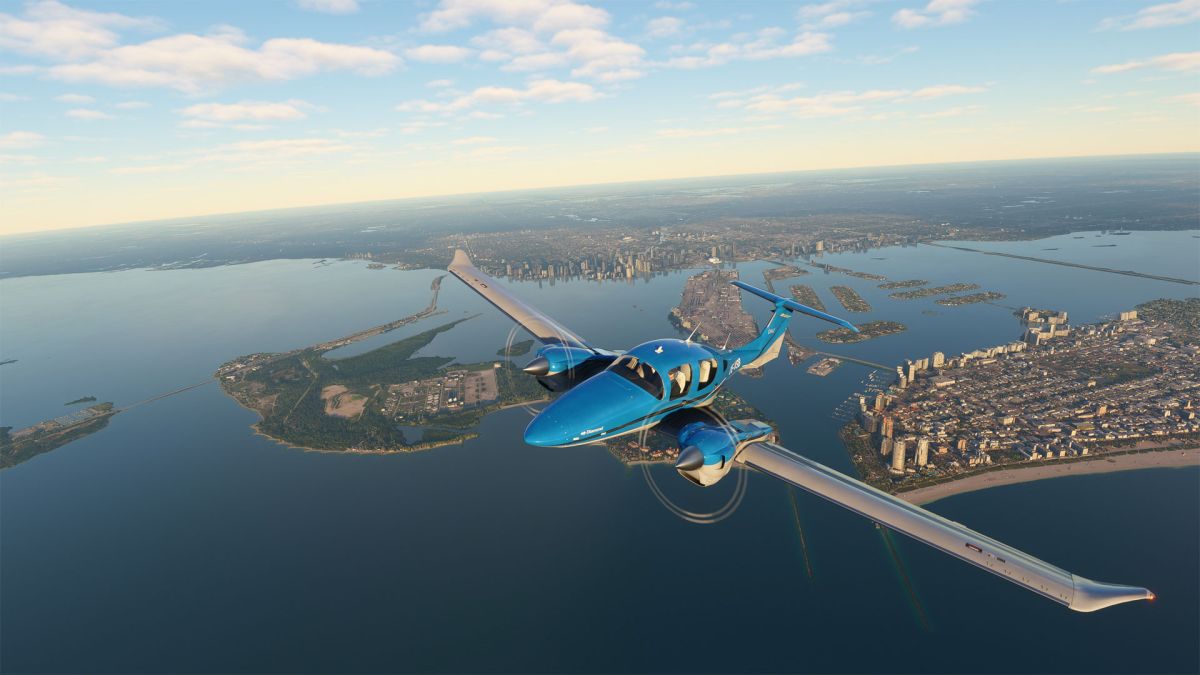 For this list, we’ve decided to be pretty strict about what a simulation game is. We’re highlighting games that try to simulate aspects of life in some way, whether realistically or not, that you wouldn’t normally get from other video games. Hopefully our choices will make sense as we go along. Here are our picks for the best simulation games on Xbox Game Pass.

Not everyone has space in the basement or guest room to assemble and run a full model train, so for those people, a train simulator game is the perfect substitute. Why settle for a dirty table in a poorly lit room when you can control train networks around the world? If that kind of experience sounds right to you, Train Sim World 3 on Xbox Game Pass is worth a look.

Cooking food can be one of the most fun and rewarding experiences you can have, but cleaning up after your own mess sounds exhausting. If only there was a way to simulate the joy of cooking without having to deal with washing dishes and pans for 15 minutes afterwards. Fortunately for you, Cooking Simulator offers that kind of experience, letting you run free in a professional kitchen.

The main focus of Cooking Simulator is its career mode, in which you are trying to build your restaurant into a world power. Along the way, you’ll unlock new skills and more complex dishes that will help you in your quest to become the best chef in the country. Of course, you can also forgo all that work and just head straight into sandbox mode, where you can throw darts at the wall and blow up the kitchen. As it goes, Cooking Simulator is definitely one of the best simulation games you can find on Xbox Game Pass.

You’d probably be lying if you said you never had a fantasy of building a rocket ship in your backyard, but the truth is that most people don’t have the resources or the ingenuity to fulfill that wish. . Next Space Rebels simulates what your life would be like if you did, and if the game is anything to go by, it would lead to a very successful YouTube channel, if nothing else.

Next Space Rebels sees you building rockets in your garden out of whatever scrap parts you find or buy cheaply, but as you complete challenges and upload videos of your exploits, you’ll slowly begin to unlock more parts and opportunities. Over time, his small hobby venture morphs into the journey to becoming a full-fledged rocket scientist as he transitions from bottle rockets to actual satellites.

Surgeon Simulator stands alongside Goat Simulator as one of the creators of the ridiculous and wacky simulators that achieved ridiculous numbers on YouTube and Twitch. It made sense for Bossa Studios to try to up the ante with Surgeon Simulator 2: Access All Areas, and they sure as hell outdone themselves the second time around. If you want a ridiculous simulator experience to play with up to three friends, this is the game for you.

Surgeon Simulator 2 will once again see the player taking poor patient Bob’s life into his own hands, only he’ll be able to control more than just the surgeon’s hands in this entry. In story mode, you’ll have to operate on Bob in a variety of theaters that wouldn’t stand a chance of passing any kind of security screening, while doing everything you can to make sure Bob doesn’t bleed out on you. As you can guess, this is easier said than done.

If we were ranking Game Pass titles on how well they would represent the British countryside, Lawn Mowing Simulator would definitely take the number one spot, narrowly beating Forza Horizon 4 just because you’re not going 200mph through someone’s village. How can you appreciate the scenery when you drive so fast? Beautiful views aside, Lawn Mowing Simulator deserves its place as one of the best simulation games on Xbox Game Pass for how immersive the experience is.

As its name suggests, Lawn Mowing Simulator is all about mowing lawns, and while that may not sound like the most fun in the world, it’s undeniably satisfying to see an oversized lawn trimmed over time. In addition to just mowing lawns, you’ll also run a lawn mowing business, purchase licensed mowing equipment, and customize it with a variety of accessories.

Anyone who’s taken a cursory look at British television will know that we’re obsessed with shows about renovating old houses, so naturally a game on the same premise will be of interest. House Flipper is all about taking houses, vastly improving them, and then selling them for a nice profit. While House Flipper may not be as lucrative as flipping houses, the game itself is still quite rewarding.

House Flipper is all about the fun of renovation without the danger of getting splinters every time you deal with the wood. Players can customize everything from the layout of the house itself, to the floors, walls, roof, and everything in between. With plenty of houses to flip and more content to play if you decide to jump into the DLC, House Flipper should definitely be recognized as one of the best simulation games available on Xbox Game Pass.

4. theHunter: Call of the Wild

When it comes to simulators, theHunter: Call Of The Wild probably shares the most similar DNA with other traditional games, namely the first-person shooter genre. Still, there are so many shooting games that reduce hunting to just “shoot animals, grab hides, repeat”, while theHunter: Call Of The Wild is an in-depth simulation of the actual sport of hunting. When it comes to hunting, this game is the most accurate simulation possible.

theHunter: Call Of The Wild immerses the player in a huge open world, filled with various creatures and biomes, before giving him a bunch of tools and letting him loose. A patient simulator above all else, theHunter rewards players for studying the movements and patterns of the animals you’re hunting, as you’ll need that knowledge to catch your prey effectively. With multiplayer and co-op support as well, theHunter is one of the best simulation games on Xbox Game Pass if you’re looking to play with friends.

Given how silly Totally Accurate Battle Simulator’s physics and character models are, we’d venture to guess that the name might be a bit sarcastic. Although only a little. While Totally Accurate Battle Simulator may not show medieval fighting with the same level of realism as the Total War series, it’s no less entertaining to see two groups of brightly colored noodle boys running at each other with murderous intent.

Totally Accurate Battle Simulator allows players to set up two armies of equal or different power, then sit back and watch the fireworks. It is a simulator in the sense that it simulates what it would be like to be an emperor, watching the gladiators in the colosseum fight for your amusement. Of course, if the fighting gets too grueling, you can also create your own units and send them off to die. It’s crazy, but it’s worth checking out.

The dynasty of simulator games, Microsoft Flight Simulator, has been around in some form or fashion for decades, but the latest version of the game is hands down the best. If you have a passing interest in aviation, Microsoft Flight Simulator is the game for you, and if that’s not the case, it’s still a brilliant addition to the library of simulation titles on Xbox Game Pass. Sure, that might be because you can use cloud gaming to go up, find your house, and then come back down, but that’s still pretty interesting.

Microsoft Flight Simulator harnesses the power of Microsoft’s own systems, including Bing Maps and Microsoft Azure AI, to render a fairly realistic version of the entire world. Sure, some of the rural areas may not be well represented, but at least you have most of the recognizable landmarks. With a plethora of free updates since its release, adding new aircraft and overhauling certain key areas and landmarks, Microsoft Flight Simulator is well worth a look.

We can all relate to spending way too much time on our phones or laptops being sucked into a really satisfying video of something really dirty being cleaned, so it’s no surprise that this universal human experience has now been translated into a video game. That video game is PowerWash Simulator, and if you’re looking for the satisfaction of a hard day’s work cleaning without having to get up from the couch, PowerWash Simulator is unbeatable.

Just as its name says, PowerWash Simulator gives you a really powerful pressure washer and lets you loose on a myriad of levels that could do with some serious cleaning. Naturally, your first instinct will be to draw something lewd in the mud, but once you’ve gotten over that incline, you’ll find a mesmerizingly creepy game that you’ll have a hard time putting down. This is especially true once you recruit some friends to help you in online co-op. As it stands, PowerWash Simulator is the best simulation game on Xbox Game Pass.

Some of the coverage you find on Cultured Vultures contains affiliate links, which provide us with small commissions based on purchases made while visiting our site. We cover gaming news, movie reviews, wrestling, and much more.