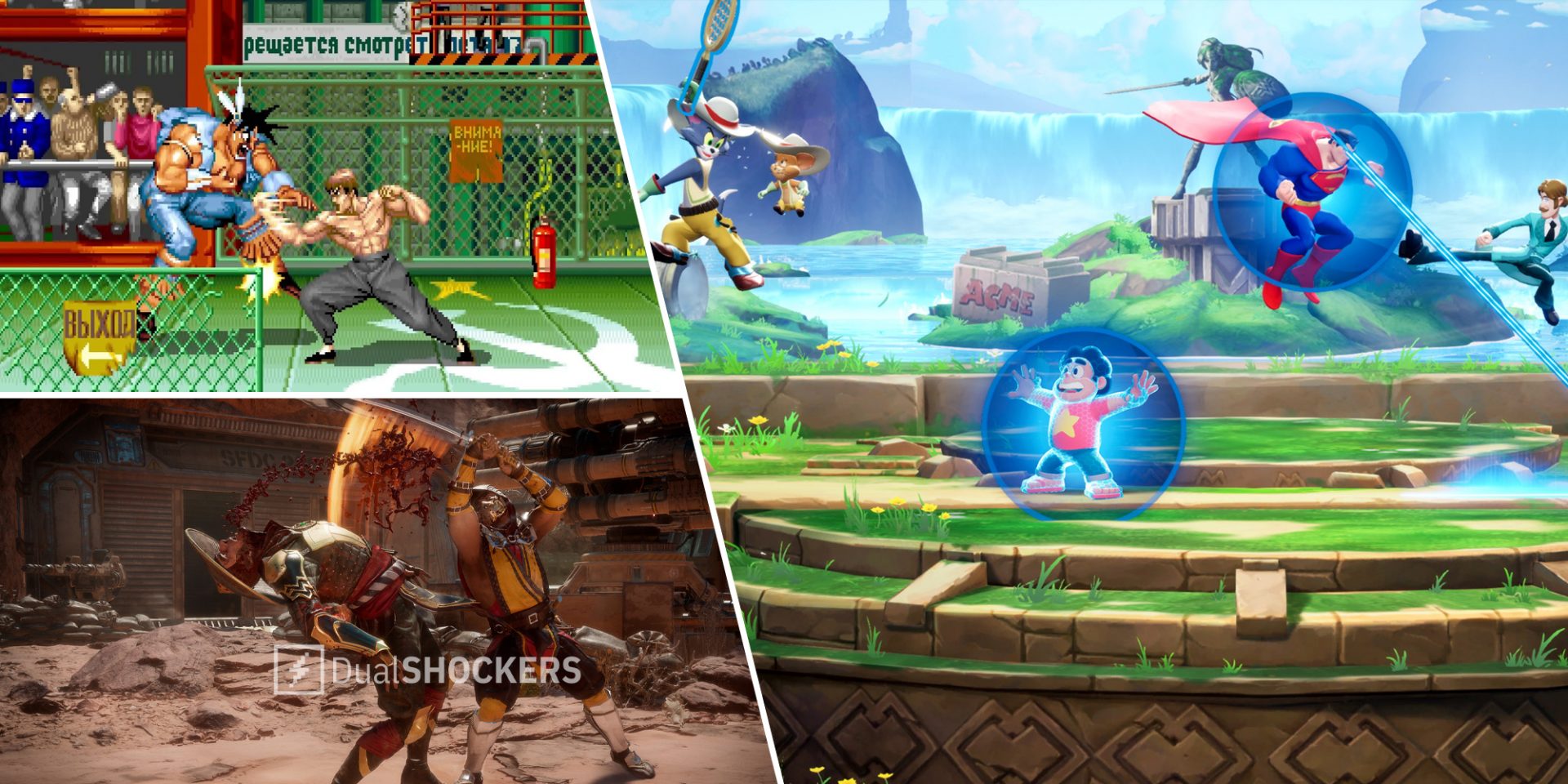 Techniques and accessibility, fun and competition, respect for the past and capacity for innovation. There are many elements to balance to create the perfect mix for a fighting game, one of the longest running and most rewarding genres in gaming.

Some of the longest-running series in history continue to shine and new stars are born under the gaze of one of the most demanding and at the same time most loving communities in history. That’s why ranking the best titles available on PlayStation 5 without leaving behind some of the most beloved franchises or disappointing some fans of the genre is a really difficult task. The best fighters boast refined gameplay and unique mechanics, not to mention great depth, personality, and solid balance.

The true competitor of Super Smash Bros: Ultimate. MultiVersus is an arena-fighting game that offers instantly fun gameplay for all ages, but purists might balk at its relatively simple core mechanics and lack of the genre’s typical depth. The roster offers a wide range of characters from among the most famous IPs from Warner Bros.

The game includes, among many others, the superheroes of the DC Universe, the Looney Tunes and the iconic stars of Cartoon Network. MultiVersus allows you to create matches that are as strange as they are exciting. The player base has quickly reached exorbitant numbers, and many new characters will be added over time. He may not be a fighter to take too seriously, but he’s a silly blast.

Patience and strategy are crucial, as any hit can be deadly. Each clash feels rewarding and conveys the spirit of a sword fight. However, poorly optimized netcode and a lack of content at launch hold this potentially great title back a bit. However, the upcoming rollback network update ensures that Haohmaru and the rest of the cast have a bright future.

NetherRealms Studios managed to set new standards for single player fighting game offerings, which have never been a strong point of these titles. With Mortal Kombat 11, the cinematic nature of the plot reached its highest point yet.

The gameplay may be considered by some to be a bit more “clumsy” compared to other fighters, and its grim and gory nature isn’t a hit with everyone. Despite that, this title is a lot of fun and more bombastic and over the top than any other Mortal Kombat game. It was also significantly expanded upon by Aftermath, a DLC that expands on the story mode and sees the return of historical characters like Sheeva and Fujin (as well as the debut of extraordinary fighters like Robocop).

The latest version of the long-running SNK series released in 2022 marks a major return of the saga. The iconic team battle system is back and better than ever.

King Of Fighters XV picks up and refines the Rush mechanic introduced in the previous chapter, and also enriches the combat system with some new features. Max mode and Shatter Strike make every fight even more exciting and spectacular. The online multiplayer overshadows the lack of single-player content, thanks to the throwback network code and a good number of game options and modes.

One of the most controversial episodes of this historic Capcom franchise, Street Fighter V, has recently reached an incredible milestone: it became the best-selling title in the series (according to WCCF Tech), relegating the legendary Street Fighter 2 to second place.

After a rather lukewarm launch, Street Fighter V has been able to get back on its feet, reversing what seemed like a dangerous knockout for the entire series. The definitive update, six years after the game’s original release, ends Street Fighter V’s journey of redemption season by season. It helped further refine a title that finally feels complete, exciting, and fun.

Hidden Variable Studios has managed to carve out a place of honor for itself in the upper echelons of fighting games, despite the team’s humble origins. Originally released in 2013, Skullgirls continues to update even today with new content: new characters, stages, and palette packs keep the game fresh and fun.

The game feels smooth, nostalgic, and balanced, and a fully voiced story mode and GGPO netcode grace the offline and online game modes. The icing on the cake is provided by the jazzy soundtrack created by Michiru Yamane, as well as the sublime and varied Cuphead-style animation.

Arc System Works managed to do justice to one of the most iconic anime in history. With its immersive and technically impressive 2.5D graphics, Dragon Ball FighterZ offers a bigger picture of all the epic matchups and special moves that came from Akira Toriyama’s pen.

Additionally, the gameplay is rock-solid and features spectacular combos and a fast-paced 3v3 structure. Each match is exciting and ready to give you a dramatic ending. The roster is vast and allows you to play characters from all the major Dragon Ball story arcs. However, a slightly underwhelming story mode dulls the title’s shine somewhat.

The latest chapter in the legendary franchise that was born on PlayStation 1, Tekken 7 gracefully concludes the Mishima saga. The titles accomplish the most difficult of feats, pleasing purists and newcomers alike. The gameplay doesn’t betray its roots, and new mechanics like Rage Art, Rage Drive, and Power Crush make fights even more technical and flashy without compromising game balance.

The game features a remarkable roster of characters, considerable customization possibilities, and strong online modes. It is perhaps the best 3D fighting game available in the current generation.

The Street Fighter 30th Anniversary Collection pack includes a large part of the franchise’s history and embodies the childhood of so many fans. It’s not just an exercise in nostalgia, but, much more importantly, a collection of some of the best 2D fighting games ever made.

The offline experience is like having a game room accessible from the comfort of your couch. Being able to get your hands on titles like the unforgettable Street Fighter III: 3rd Strike or Street Fighter Alpha 3 is a must for veterans and “new challengers” alike. Unfortunately, poor netcode prevents this collection from going gold, but there’s no denying the pedigree of these titles. Fighting game fans will have a lot of fun with this one.

The masterpiece of Arc System Works. The studio has gone beyond the technical and fine-tuned expertise that was honed in the previous chapters of the series. Refined in every way, Guilty Gear -Strive- is simply the best fighting game of the generation.

The combat system is deep but at the same time snappy and fun for newcomers. Each character is unique and well characterized in their gameplay. The game boasts remarkable depth to its mechanics, excellent throwback network code, and an electrifying soundtrack by Daisuke Ishiwatari. Packed with content, fans of the genre of all skill levels will find plenty to enjoy here.