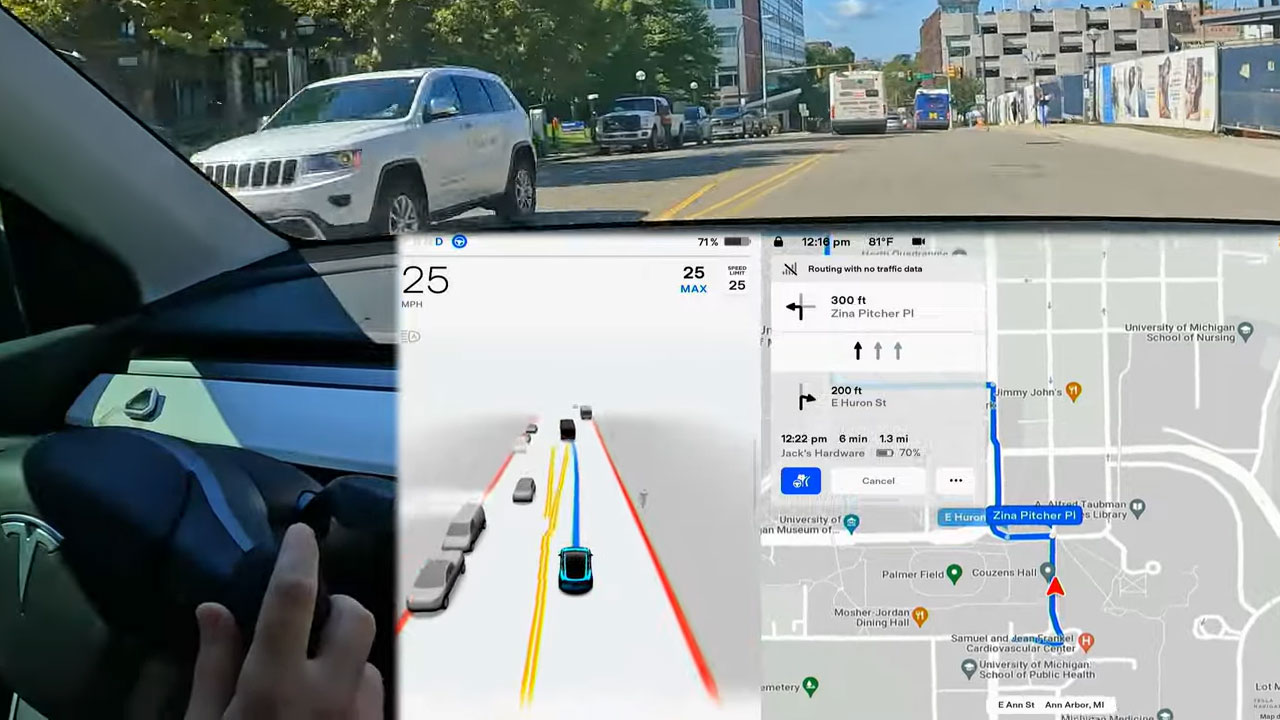 The latest and most refined version 10.69.2.2 of the Tesla FSD Beta began rolling out to users in the United States and Canada yesterday (test videos below).

Now, Tesla owners with a safety score of 80 or higher will receive an invitation to download and try FSD Beta through their vehicle’s center display.

Tesla already has about ~100,000 customers enrolled in the FSD Beta testing program in the US and Canada. With the 10.69.2.2 update, the number of beta testers will be extended to other ~60K Tesla owners.

In a follow-up tweet to the above, Elon Musk claimed that anyone with a safety score of 80 or higher with 100+ miles of driving will automatically receive the FSD Beta download invite on their screens.

Now, until Tesla AI Day 2022 happens later this month, there will be no FSD Beta build releases. Right after AI Day, Tesla will release the next FSD Beta version i.e. 10.69.3.

Tesla owner and YouTuber Dirty Tesla took his Model Y for a test drive as soon as he received FSD Beta v10.69.2.2 yesterday. Like the previous version, this update is also quite cautious of pedestrians and vulnerable road users (VRUs).

At a road construction zone, FSD Beta 10.69.2.2 saw an opening in the barriers that he was simply going to try to enter, but the human driver took over to prevent this action. Let’s see how it fared on some busy Michigan streets in the video below.

Unprotected left turns (UPL) have been a big challenge for Tesla FSD Beta and the automaker has put more energy and resources into mastering UPL scenarios, especially in FSD Beta V10.

Another beta tester experienced a UPL in Arcadia, CA during rush hour on Autopilot FSD Beta 10.69.2.2 and was impressed with the improvements in this scenario.

But in another video (below), he tried a forward-facing UPL several times, and in one case the autopilot got confused. Instead of turning onto the projected path to the left, the steering began to turn to the right, which is when Chuck took control and disengaged FSD Beta to avoid any dangerous situations.

FSD Beta testers should always be alert and ready to take control immediately, as the software is in beta and Tesla requires the driver to be alert at all times to take maximum safety measures.