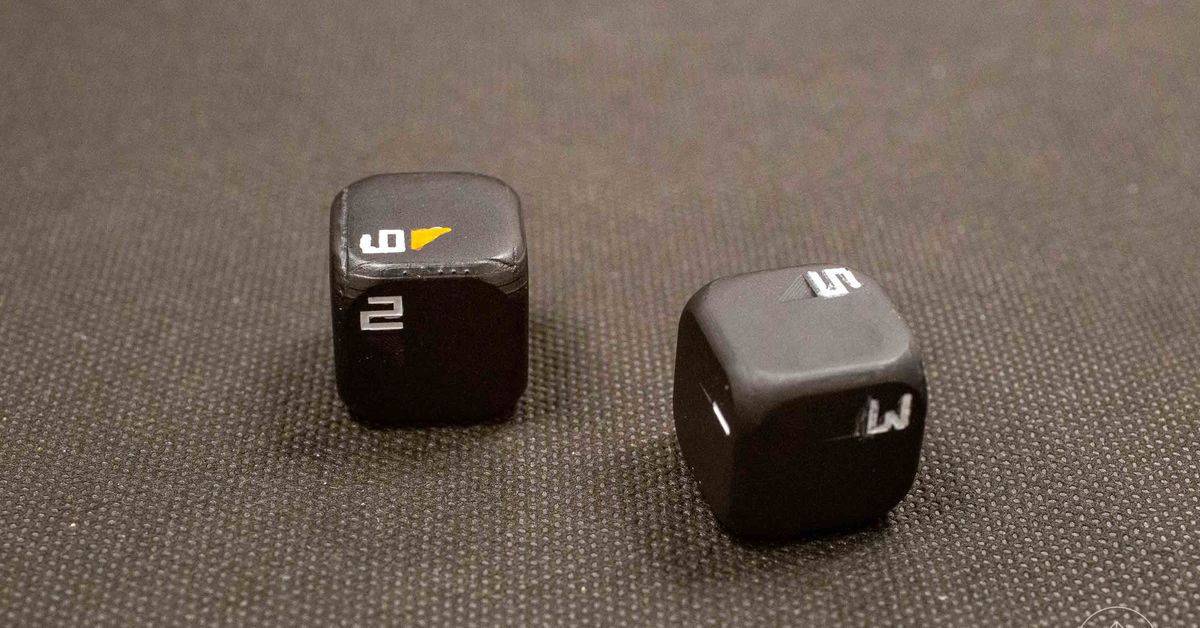 Touch screens, motion-sensing cameras, RFID-enabled bits, AAA-licensed titles, virtual reality solutions… I’ve heard literally every proposal that’s been made in the last few years. The problem is that almost everyone who buys a digital tabletop game console is selling an expensive solution to a problem that doesn’t exist. There are a lot of great board games out there right now, thanks, most of which I can ship to my house overnight and none of which require a firmware update to run.

But what if there was a digital solution that really added something to the experience, an almost transparent digital platform that contributed to the immersion and speed of the game? Earlier this month, I was introduced to Teburu, a startup project from the experienced game developers at Xplored. I was skeptical at first, but if something succeeds in this little niche of fantasy, I think it could look a lot like Teburu.

At the center of the Teburu system is a rectangular game board, about the same size as the average. Monopoly meeting; it’s just that this one is covered on one side with a thin pre-printed sticker sheet filled with sensors. A compatible board game goes on top. On the underside of each of your pieces are RFID tags, which the game board can detect as they move across its surface. Attached to the game board is a dongle with two antennas, one that connects to the RFID chips and one for Bluetooth. That’s for dice, two simple six-sided dice smart enough to know which side is up, and for other Bluetooth-enabled devices like speakers, tablets, and smartphones. The trickiest element is a singular, fancier pedestal for larger miniatures, call them boss miniatures, which is illuminated with multi-colored LED light at four points along its rim. That’s it: four slightly smart peripheral devices, by today’s standards, all connected to the smartphones everyone keeps in their pockets all day anyway.

So what does this digital kit allow you to do? Well, first of all, it allows the game to always know where the players are on the board. That allows developers to program behaviors into enemies, or environments for that matter, that launch based on where you move your pawn. In my demo Bad karmas and the curse of the zodiac, that meant each of the four player characters had a unique sound for their footsteps. As my character stepped out into a lava pit, I could hear the pops and crackles of molten rock below. Using my smartphone, I was able to select an ability to use from a small hand of cards displayed on my screen. Picking up and rolling the dice, I got a six, and that made a unique sound when I managed to hit the boss. That boss’s pedestal lit up, indicating that he had dropped his shield on his rear left side. The game then passed to the player to my left, whose turn began with a unique musical flourish.

A collection of zodiac sign monsters and player characters, represented in each of four different historical periods.

At all times during the demo, the Teburu system supported my efforts to play the game. Keywords were hyperlinked, instantly popping up in little menus to remind me of their in-game effects. The focus of the interface intelligently traveled around the room, drawing the attention of the entire group to the main screen, a tablet, where global information about the meeting was displayed, and alternately to my own individual screen that served as my personal sideboard. . It’s easy to see how Teburu could enable solo play, an extremely popular option in tabletop games since the start of the pandemic.

Instead of being a cumbersome oddity, or the singular focus of every in-game interaction, Teburu was just helping me out, adding to the experience without detracting from it. It was wonderful

“[The hardest part was] the user experience or the flow of the game,” said Riccardo Landi, head of design at Teburu. “You have the game board, you have the physical dice, you have three or four, five! — screens to watch. [It’s about] how the game tells you what to do, when the game tells you what to do. It’s all about the timing and pacing of the game, because if things happen too fast, you lose control. If they happen too fast, you’re not going to want to play.”

For someone who has spent hundreds, maybe thousands of dollars on elaborate plastic terrains, trays, dice towers, paint, and other things to support my favorite board games, Teburu suddenly makes sense. I could definitely see myself paying the required $100 for the system in order to upgrade my favorite games.

However, the catalog of a single game, which has not yet been sent to backers, is quite limited. The team tells me that most of the hardware work is out of the way at this point. Development began five years ago, says founder and CEO Davide Garofalo, leading to nine patents. To make sure the company had enough hardware to meet potential demand, Garofalo says it has stockpiled the components needed to make more, primarily the hard-to-find special chips and antennas needed for connectivity. They are just waiting, ready for the next wave.

The only thing missing is more great games, and at least two more have been announced so far. The jewel in the crown is a new partnership with Paradox Interactive. Soon, Teburu will start creating original games based on the European publisher’s World of Darkness properties. Beginning with Vampire: The Masqueradehis hope is that the line will be extended to both Werewolf: The Apocalypse Y Hunter: The Reckoning. Teburu’s team wants the trilogy of games to be connected in some way, with the events of one game flowing naturally into the next.

Instead of tactical turn-based adventures, as in the bad karmasthese World of Darkness games will be narratively focused

“It will be a city management game,” said founder and CEO Garofalo, “in which you will be anarchists willing to rule Milan over the Camarilla. Then we do a werewolf title and a hunter title, but they will somehow be intertwined with each other in a crossover chronicle. [way].”

Instead of tactical turn-based adventures, as in the bad karmas, these World of Darkness games will be narratively focused. Think of a cooperative role-playing campaign in a box, like Gloom Havenbut with a computer that plays the role of the Dungeon Master.

“Imagine something like Arkham Horror Second Edition, where you walk into a room and pick up a card,” Garofalo said, mentioning one of the top app-assisted board games on the market right now. “Instead of taking a card, we have a complete narrative design, like in a video game, that is based on who you are, what the moment is, what is happening at that moment in the timeline, etc. The system proposes the appropriate narrative event and makes you choose between several possible options. They can be narrative, investigative or related to the other characters. [in the game with you at that point in time]. So it’s not an RPG; it’s a board game experience, but very narrative.”

But with the metaverse and virtual reality taking up much of the cutting edge development and marketing energy these days, why not go all out with an augmented reality or virtual reality system? Garofalo believes that this is one more solution in search of a problem. After all, human beings are still physical creatures who like to gather socially around the table.

“I think we are still monkeys around the monolith,” Garofalo said with a hopeful smile, “or a tribe around the campfire.”

Look for more Teburu crowdfunding campaigns in the coming months and years. Bad karmas and the curse of the zodiac It comes bundled with the Teburu base system and is available as a late pledge reward through Gamefound for the equivalent of $178.