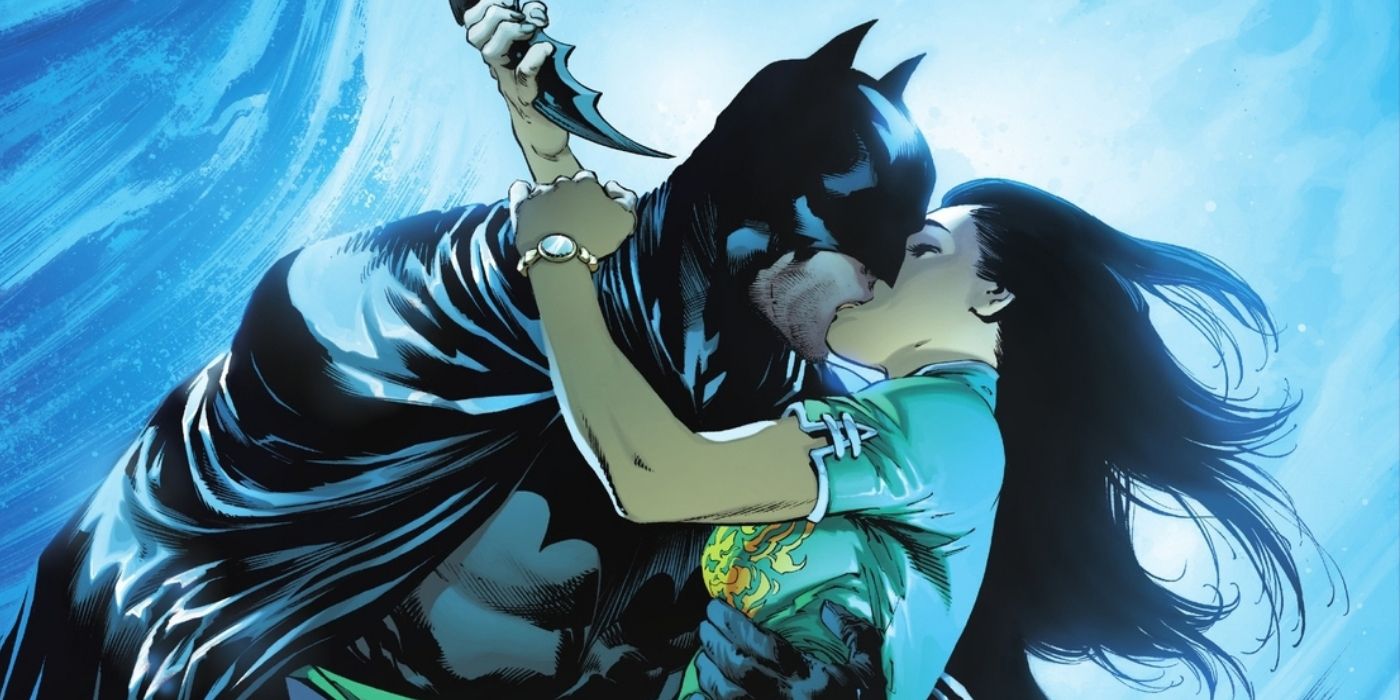 Bruce Wayne’s training is coming to an end in batman: the knight #9 (by Chip Zdarsky, Carmine Di Giandomenico, Ivan Plascencia, and Pat Brosseau). However, the issue also showed that he still had a ways to go, learning various techniques that he didn’t even know existed until Ra’s al Ghul approached him. In particular, the issue may have hinted that it was Talia al Ghul who taught Bruce how to bully.

This theory stems from two things. Bruce admitted that Talia’s behavior was scary, and that the training Bruce went through was not only administered by Ra’s, but by Talia as well. While it’s unclear how long he spent learning from them, it can be assumed that it was enough to warrant serious progress. Perhaps Talia’s training wasn’t just in martial arts, but also in psychological warfare, teaching Bruce how to be the menacing figure he is today.

RELATED: The GCPD Still Refuses to Work With The Bat-Family

Bruce’s lineup, while nearly complete, lacked certain themes. Throughout the entire run of the prequel, you can see how he doesn’t really have the ability to keep up with the level of intimidation that he regularly uses as Batman today. However, readers at the time attributed this to the lack of a costume to help scare off criminals. But Bruce’s introduction to Ra’s implies that the problem was not external, but internal. Everything he has learned can only affect the world around him and, to some extent, his mind, but there are spiritual components that he lacked. These missing pieces are what give Batman the edge on him.

The training he received was led by both Ra’s and Talia. While Ra’s instructed Bruce in the more spiritual and healing aspects of his lessons, Talia seemed to be in charge of Bruce’s martial arts training. It stands to reason that like his father, his portfolio would expand far beyond simple combat skills. Bruce has a healthy respect for Talia, his strength, skills and intellect create an imposing personality that no one underestimates. Her admission of being intimidated by her reveals that she taught him more than anyone expected.

RELATED: Robin Gets His Own Official Version of Batman’s Most Infamous Meme

It’s not that much of a stretch to imagine that Talia taught Bruce how to scare his enemies. As al Ghul, he knows the power of his family’s reputation and has learned to use it to his advantage as well. He has also thrived in a world of vicious assassins, due in large part to his formidable abilities. However, being able to take advantage of that without having to use them is also a useful talent, one that Bruce seemed particularly affected by.

If Talia taught Bruce to be as ruthless as she is, it would explain where Batman learned to be scary and intimidating. Bruce has always been stoic, but right now he seems more sullen than disconcerting. Batman, on the other hand, makes people uncomfortable just by walking into the room. And maybe he owes that gift to the mother of his child.