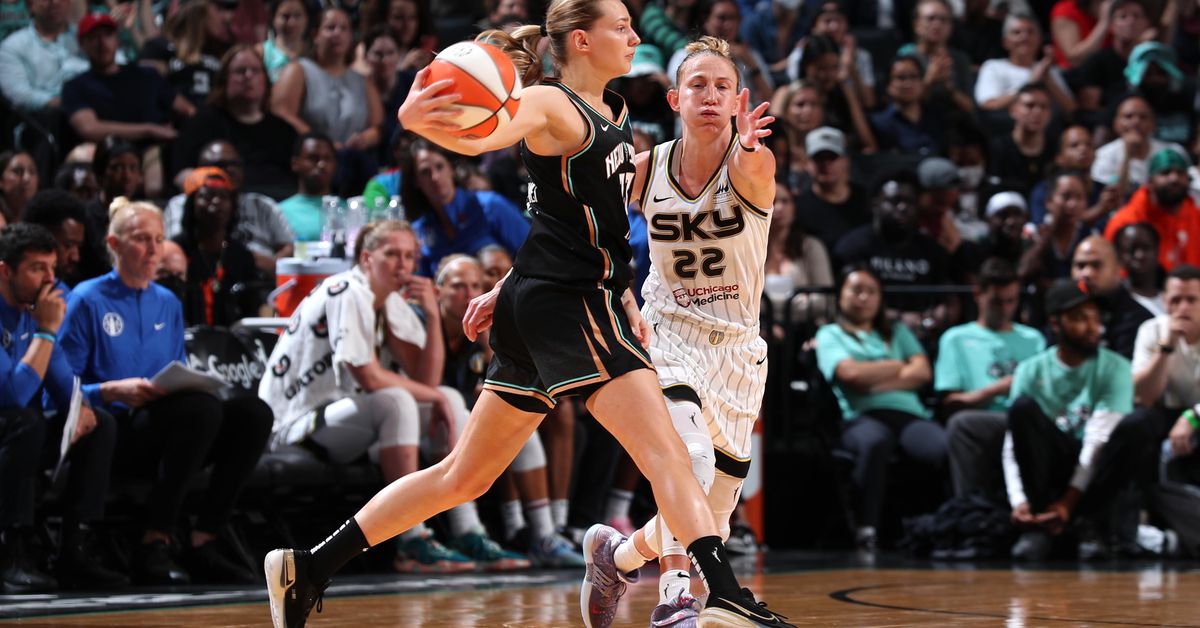 The No. 3 Connecticut Sun will take on the No. 2 Chicago Sky at Wintrust Arena today at 8:00 pm ET in Game 1 of the WNBA Semifinals. ESPN2 will broadcast the matchup on Sunday night.

The Sun beat the Dallas Wings in Game 3 to close out the first round of the playoffs on Wednesday, and will now travel to Chicago to take on the reigning WNBA champions in a best-of-5 series.

The Sun (25-11) and Sky (26-10) met in the semifinals last year, when Chicago was the underdog and Connecticut had the best record in the league. It was reversed this year, with the Sky getting home-court advantage in Game 1.

Connecticut has posted 33 playoff wins in franchise history but has never won a championship. This year’s tough defense could make the difference. While Chicago swept the Sun in regular season games, 4-0, three of the four games were decided by four points or fewer, which tells us we can expect a tight series this week.

Chicago, which defeated the New York Liberty in three to reach the semifinals, is led by Courtney Vandersloot and Candace Parker. The 2022 Sky have the most assists per game in league history (24.3) as well as the most points in the paint per game of any team (42.2) in WNBA history , except for the 2020 Aces. Connecticut will need to harness its defensive strength to stand a chance in this series, as the Sky are four-point favorites heading into tonight according to odds from DraftKings Sportsbook.

Connecticut struggled against the Wings in the first half earlier this week, and the Sky always seem to find a way to win against the Sun, even when it’s a tight game. Chicago absolutely dominated their last two games against New York despite a slow Game 1. Their team’s distributed scoring strength and lack of reliance on a single shooter gives them an advantage against the Sun defense, and if they can hold the percentage in the paint, they should be able to take care of tonight’s game and be one win closer. close to repeating the title.