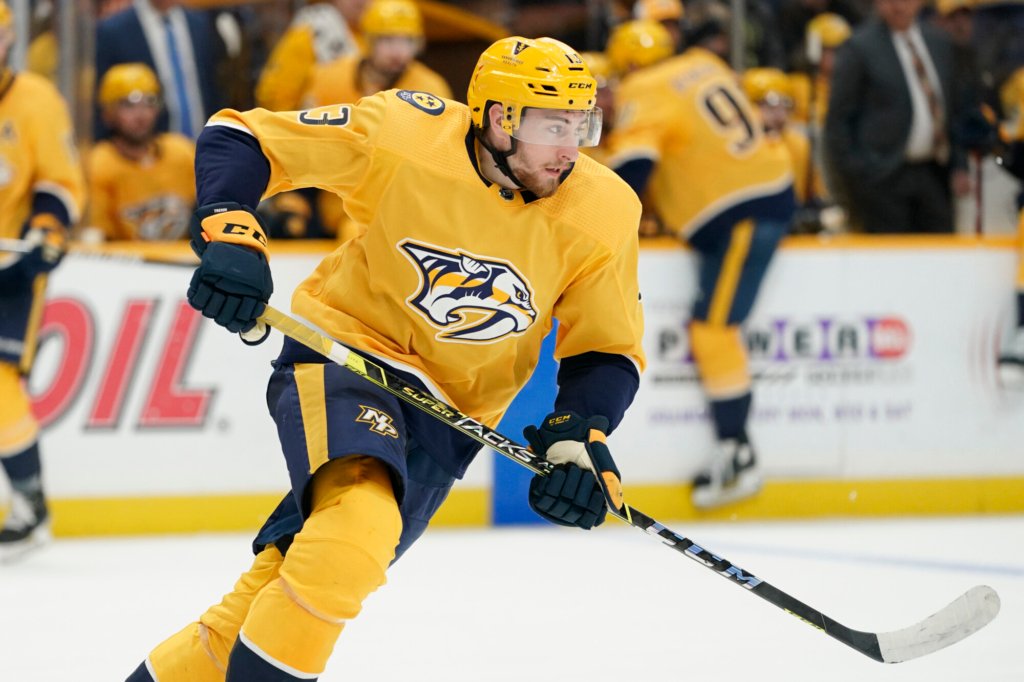 The war in Ukraine derailed the National Hockey League’s planned return to Europe in October to play its first games outside of North America since the start of the pandemic.

The Czech Foreign Ministry told two NHL teams starting their seasons in Prague that Russian players would not be welcome due to Russia’s invasion of Ukraine.

The Nashville Predators and the San Jose Sharks will play regular season games on October 7 and 8 at the O2 Arena in Prague. There aren’t many Russians on the two rosters: Nashville has forward Yakov Trenin and San Jose has Alexander Barabanov, along with Evgeny Svechnikov, who is in training camp on a trial deal.

NBA: Utah continued to revamp its roster, agreeing to send forward Bojan Bogdanovic to the Detroit Pistons for forward Kelly Olynyk and guard Saben Lee, according to a person with knowledge of the trade.

Detroit will become Bogdanovic’s fifth NBA club. He averaged 18.1 points for the Jazz last season in 69 games, all of them starts, and has averaged 15.0 points in eight seasons with Brooklyn, Indiana, Washington and Utah.

Olynyk will also join his fifth team, after stints with Boston, Miami, Houston and the Pistons. He played in 40 games for Detroit last season, averaging 9.1 points.

• Kawhi Leonard has been cleared again to play 5-on-5 basketball, more than a year since his last NBA game.

Clippers president Lawrence Frank said the team will proceed with some caution with Leonard, the two-time NBA Finals MVP and five-time All-Star who tore the ACL in his right knee during the playoffs in June 2021.

France was already eliminated from contention for the Nations League Final Four next June, but Croatia, the Netherlands and Belgium all won to stay in contention.

SKI JUMPING: The World Cup returns to the United States for the first time in nearly two decades, with a February visit to Lake Placid, New York.

The last ski jumping World Cup in the United States was in 2004 in Park City, Utah. The circuit hasn’t been to North America since 2009 in Vancouver.

Please check your email to confirm and complete your registration.

Please use the form below to reset your password. When you’ve emailed your account, we’ll send you an email with a reset code.

Golf: United States reaches a 4-1 lead in the Presidents Cup