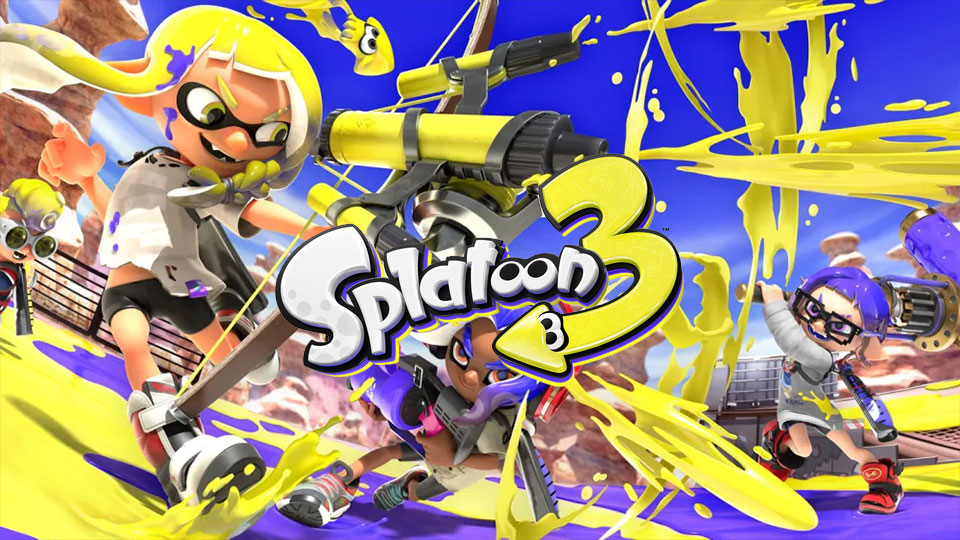 The new game Splatoon 3 launches for the Nintendo Switch family of systems on September 9, 2022, but you can dive into the game’s new spin on the series’ kinetic action for the first time. Get ready to start splashing now!

Paint the Splatlands and enjoy a tantalizing taste of the newly updated Splatfest* battles from the Splatoon 3 game with the world premiere of Splatoon 3: Splatfest on August 27. New to the Splatoon series? No problem! Simply download the free demo today from Nintendo eShop or download it directly to your Nintendo Switch at Nintendo.com to plunge your tentacles into a tutorial. Then take a stroll through Splatsville and get ready for Splatfest on Saturday.

You’ll pick a Splatfest team by answering the burning question: which is better: Rock, Paper, Scissors? Make your move and Super Jump into Turf War battle to ink your crew to victory. Turf War is a heated 4v4 team battle mode where each team’s goal is to ink the most ground in three minutes. But wait…there are THREE teams at Splatfests this time?! That’s right, Splatfests are a little different this time.

The main event begins on August 27. Between 9 am and 3 pm PT, claim your territory against one team at a time. Then, during the 3pm and 9pm PT block, take on new Splatfest Tricolor Turf War battles. This 4-v-2-v-2 format brings a new kind of colorful mayhem to Splatfests. Which team will take the lead? Team Rock, Team Paper or Team Scissors? Let others know by posting messages and sharing your loyalty in the Splatsville plaza!

For even more Splatoon 3 action, be sure to stop by Nintendo Treehouse: Live on August 25 at 9:30am PST to delve into the game’s multiplayer and new Story Mode. The Nintendo Treehouse: Live presentation will take a closer look at the game’s new weapons and strategies, while also giving a preview of the stages that will be featured in the world premiere of Splatfest. This segment serves as the perfect introduction for anyone trying out a Splatoon game for the first time and will give long-time Splatoon fans a deeper look at the new abilities and their impact on strategy.