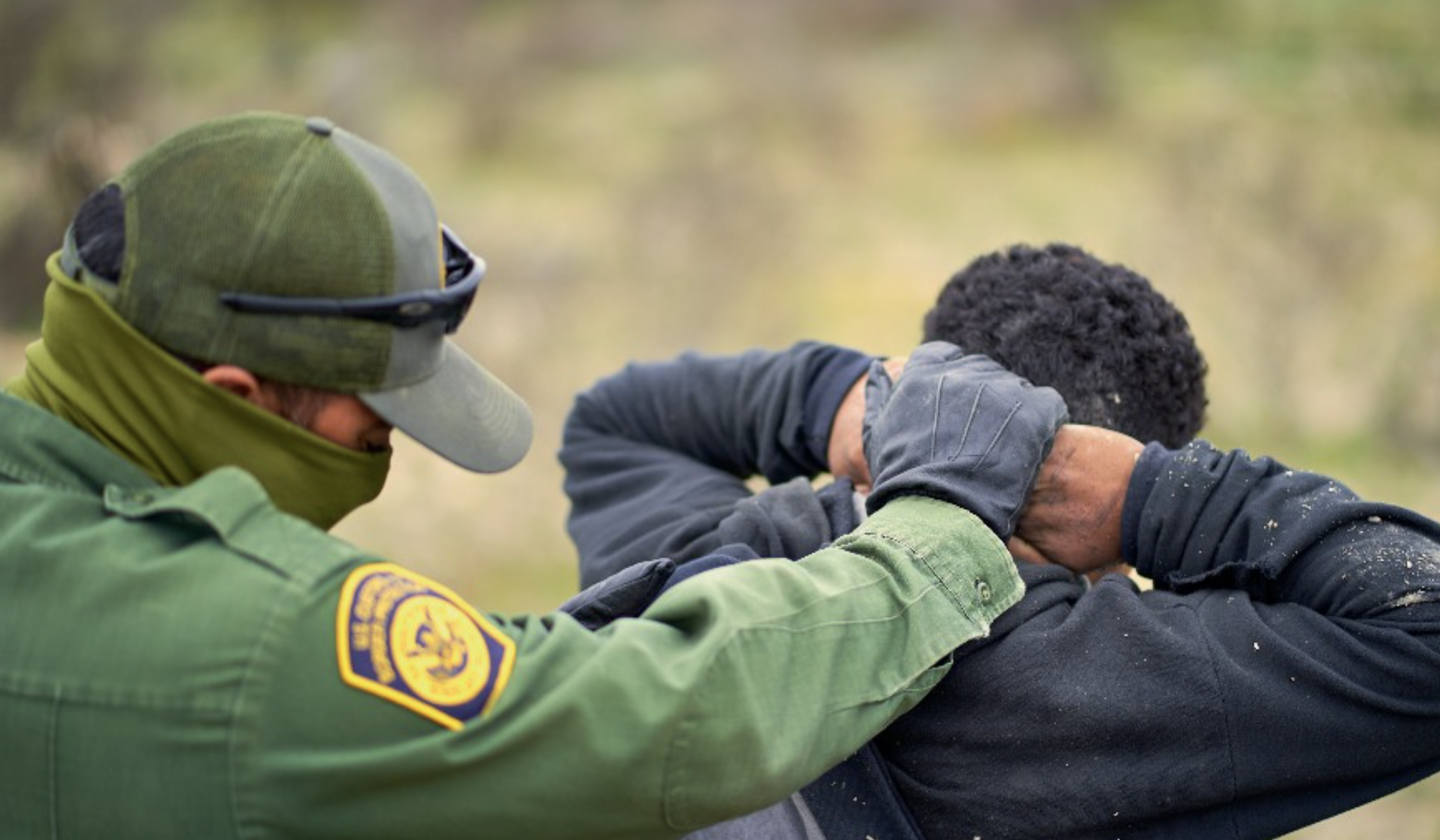 The US Customs and Border Protection reported more than a quarter million encounters along the Southwest border in December, an increase of 7 percent from the previous month and an increase of 40 percent with compared to December 2021.

However, the number of Venezuelans found continued its downward trend, as CBP expects that the temporary residency process that resulted in that sharp drop will also have the same effect on migration flows from Cuba, Haiti, and Nicaragua.

Earlier this month, the DHS announced that it would extend programs modeled on those established to admit Ukrainians and Venezuelans under certain conditions to more nationalities, stating that this measure is one of “concrete steps” to improve border security while, and After: The fate of the Title 42 immigrant removal public health order is in legal limbo.

Up to 30,000 people a month from Venezuela, Cuba, Haiti and Nicaragua will be admitted under the work authorization and parole program, and DHS promised “significant consequences for those who do not use those pathways.” Meanwhile, Mexico will accept returns of 30,000 people per month from these four countries if they do not go through the new process.

“Cubans and Haitians who go to sea and land on U.S. soil will not be eligible for the parole process and will be placed in deportation proceedings,” Homeland Security Secretary Alejandro Mayorkas said in a statement on September 18. January. “USCG and CBP maintain an ongoing presence relationship with air and maritime assets in the Straits of Florida and in the Caribbean Sea. Those attempting to enter illegally by sea will be intercepted and repatriated, consistent with United States laws, policies, and international treaty obligations.”

“Irregular maritime migration aboard unseaworthy or overloaded vessels is always dangerous and often deadly,” it added. “We are steadfast in our commitment to save lives and discourage anyone from embarking to migrate irregularly.”

Eligibility for the new process is considered on a case-by-case basis; The program allows advance clearance to travel to the US and seek up to two years of probation if the individual has financial support in the United States, passes a robust security investigation, and meets other criteria.

The process for Cubans, Nicaraguans and Haitians entered into force on January 6.

“The December update shows that our new border control measures are working. Even though overall encounters increased as smugglers spread misinformation about the court-ordered lifting of the Title 42 public health order, we continue to see a sharp decline in the number of Venezuelans illegally crossing our southwest border , 82% less than in September 2022.” Acting CBP Commissioner Troy Miller said in a statement. “Early data suggests that the expanded measures for Cubans, Haitians, and Nicaraguans are having a similar impact, and we look forward to sharing additional data in the next update.”

Miller added that the “immigration challenge” of people fleeing authoritarian regimes “is not unique to the United States.”

“There are 2.5 million Venezuelans now living in Colombia and 1.5 million in Peru; Brazil and Chile host more than 350,000 Haitians, and the number of displaced Nicaraguans in Costa Rica has more than doubled in the last 12 months alone,” he said.

Sixty-four percent of all encounters on the southwest border in December were single adults. The number of family units found increased 22 percent, from 63,316 in November to 77,088 in December.

CBP found 6.4 percent fewer unaccompanied children in December than in the previous month. On average, 570 children were in CBP custody per day last month.

Customs and Border Protection also expanded the use of the CBP One app, which allows travelers and interested parties to access CBP mobile apps and services, so that migrants approaching the southwest border can make an appointment at a checkpoint. entry. That launched Jan. 12 for non-citizens seeking a waiver of the CDC’s Title 42 public health order. Through the app, they can submit certain biographical and biometric information to CBP and make an appointment up to 14 days in advance at ports of entry in Nogales, Brownsville, Eagle Pass, Hidalgo, Laredo, El Paso, Calexico, or San Ysidro.