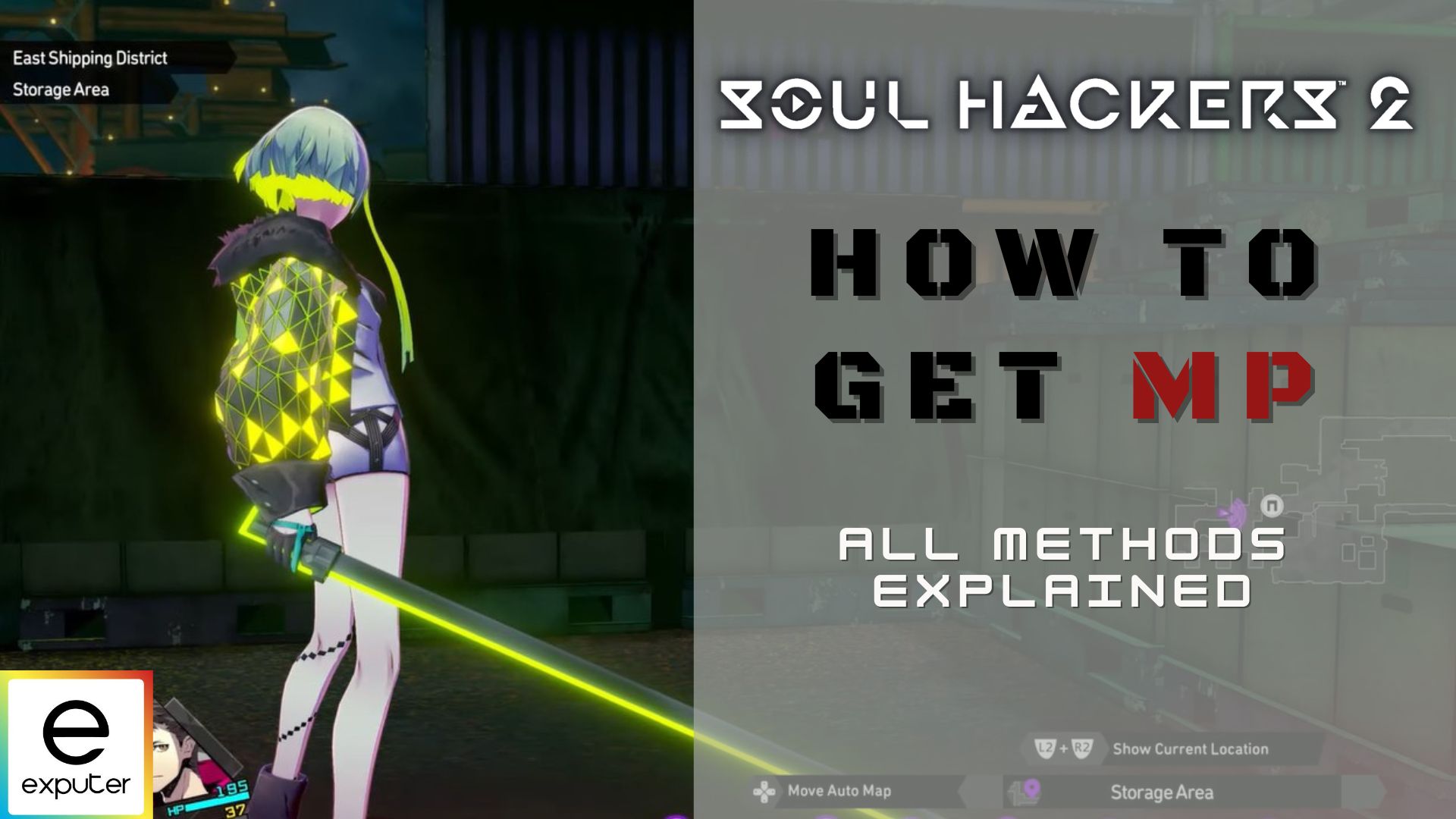 Getting MP in Soul Hackers 2 is important as it is the main source to unleash your character’s Demon and use its abilities. The game offers different ways to earn Magic Points, so today we will discuss how to get MP in Soul Hackers 2 and use it to dominate the battlefield. If you have just started playing the game, be sure to check out our review on Soul Hackers 2 to better understand the game.

Soul Hackers 2 is a recently released RPG game that is the sequel to the SH series. The main story revolves around two characters, Ringo and Figue, who work for the artificial intelligence team called Aion, and their goal is to save the world from reckless demons and monsters. His group members include Milady, Arrow, and Saizo, who work together to become Demon Summoners who deal with demons to make contracts with them.

You may also be interested in: The BEST Tower of Fantasy Outfits

What is MP in Soul Hackers 2?

In SH 2, each party member has basic abilities, attack moves, and special demon abilities that you can use in battles. To use Demonic powers, you need to have enough Magic Points in your MP gauge to start the skill.

Each character’s demons unlock new abilities as they progress to higher levels, with each ability requiring a specific amount of MP to activate. The demon power that is summoned through MP provides great help in fights and in defeating strong monsters.

The MP consumption rate depends on the level of the character and the skill you want to use, which means higher level skills require more MP.

It’s easy to save and use MP if you play on easy mode because when you and your teammates are defeated, the game will pop up asking you to “Continue”. If you choose the continue option, all party members will revive again with full HP and MP bar.

If we are talking about earning MP, then this is not the optimal way to get it. So let’s explore the different ways to get MP in Soul Hackers 2 without getting defeated.

How to get MP in Soul Hacker 2

Now that you know the basic terminology of MP and how it works, it’s time to learn how to get it for your character. The following are the best ways to get MP in Soul Hackers 2.

When you unlock a new dungeon, the first thing you need to do is send your demons to explore the area. This quest can prove to be really beneficial as exploration will help you fill up your MP gauge.

As you explore the dungeon, the hired demons can also meet the new demons to start a new deal and negotiate contracts to receive consumable items. These items are useful for reviving teammates and restoring MP. The following are some items that can help you regenerate MP.

As you explore the dungeon, you will face different enemies that are wandering around. You can start a fight with them and defeat them to get useful rewards as some of them drop MP.

When your demons get injured in Soul Hackers, they take a while to regenerate their HP. Injured demons will have a levitating heart icon above their heads, and when you interact with them, it slowly regenerates all characters’ HP and MP meters.

So when your demons heal, you also get MP. Also, have some foods like Placebo Drink in your inventory as they increase the healing speed of demons.

Also, take a look at: The best games like Elden Ring

As you know, Soul Hackers does not feature any levels or chapters in the story, there are certain arcs that you need to work through to progress through the game. Each arc usually consists of a new dungeon to explore and fight the monsters found within.

Once you complete an arc, you unlock a new location, which you can navigate through on the city map. The map offers different places and places to navigate, and some places help us to regenerate our MP.

After joining forces with Milady and Arrow, a shelter is unlocked that is hidden on the city map. Once you unlock the place, you can use it as your hideout to heal and rest.

In the Safehouse, you can eat food to regenerate HP, access DLC, or rest to increase your stamina. Select the “Rest” option in the action menu to get MP through the Safehouse. Once the action is complete, you and all of your teammates will gain a full HP and MP bar.

So whenever you run out of MP, you can always visit the Safehouse to regenerate it and prepare yourself before engaging in a serious fight.

In Soul Hackers, there is a discount store in Karakucho called De La Mancha. This shop offers many expendable items to buy, and once you unlock it, you can visit it at any time to spend some money and get some valuable items in exchange for Yume the merchant.

In De La Mancha, you can’t buy MP directly, but you can buy the items and food that generate MP. However, some items in the shop are in limited supply, so make sure you keep a check to buy the desirable foods and items that grant you MP.

This concludes our guide on how to get MP in Soul Hackers 2. As MP offers overwhelming abilities, the game presents only a few ways to get it. When you have MP, make sure you consume it wisely and spend it against serious enemies in the game.