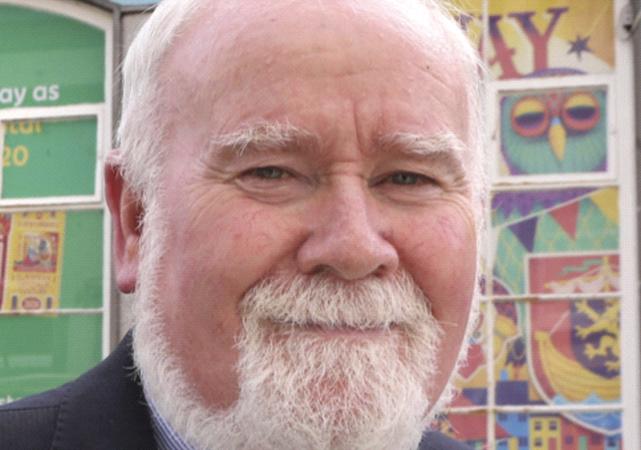 The City Council has gone to pot with the protocol. It continues to ignore the elected representatives of Galway City Council when it comes to sending invitations to events, and also treats lay members of the Strategic Policy Committees with disdain.

Councilman Donal Lyons (Ind) raised the sensitive issue of councilors not receiving invitations to ministerial envelope openings in the city.

The King of Knocknacarra recalled at the last Council meeting, how the City Council did not invite local representatives to the turf change on the Salmon Weir footbridge earlier this year.

That omission, reported in the Bradley Bytes, put Councilman Frank Fahy’s nose off the hook and led to a groveling apology from CEO Brendan McGrath. The boss said it wouldn’t happen again. However, he did.

At the September meeting last week, Cllr Lyons suggested that little had been learned from the experience.

A minister and a junior minister had been to Galway recently, to fix up a housing estate in his kingdom of Knocknacarra and no one thought to tell him, or the mayor of Galway, or any other councillor. “It’s not a complaint,” he said, “but it’s happened before.”

Cllr Colette Connolly (Ind) also criticized the lack of invitations and the breach of protocol. She said that since Covid, local representatives were not receiving “any notification”.

That it happens once or twice is a mistake. However, this is starting to look like a pattern. And it has led many to question whether there is an unofficial policy at Galway City Council to treat the people’s elected representatives with disdain, by ignoring long-established protocol regarding invitations to events and openings.

Standards are falling, that’s for sure. But it’s not just elected members who feel left out.

Long-time City Council firebrand Derrick Hambleton of An Taisce revealed at last week’s Galway Cost of Living Coalition meeting at the Western Hotel how City Council’s rudeness was not limited to elected representatives. .

Hambleton, a planning expert who annoys officials to no end, is a member of the Council’s Strategic Planning Policy Committee.

He was supposed to meet in the last fortnight, but he didn’t and no one told him or a colleague why he didn’t.

“We were supposed to have a meeting last week. They didn’t tell us it was cancelled; they didn’t even inform us. It just didn’t happen. We ask questions, we start lines. It’s a waste of time, I’ve been wasting my time for the last twenty years,” Derrick said at the Prospect Hill meeting.

Click HERE to download it for iPhone and iPad from the Apple App Store, or HERE to get the Android version from Google Play.

Or buy the digital edition for PC, Mac or laptop from Pagesuite HERE.

Get the Connacht Tribune Live app
The Connacht Tribune Live app is your home for everything that’s happening in Galway City and County. It’s completely FREE and features the latest news, sports, and information about what’s happening in your area. Click HERE to download it for iPhone and iPad from the Apple App Store, or HERE to get the Android version from Google Play.