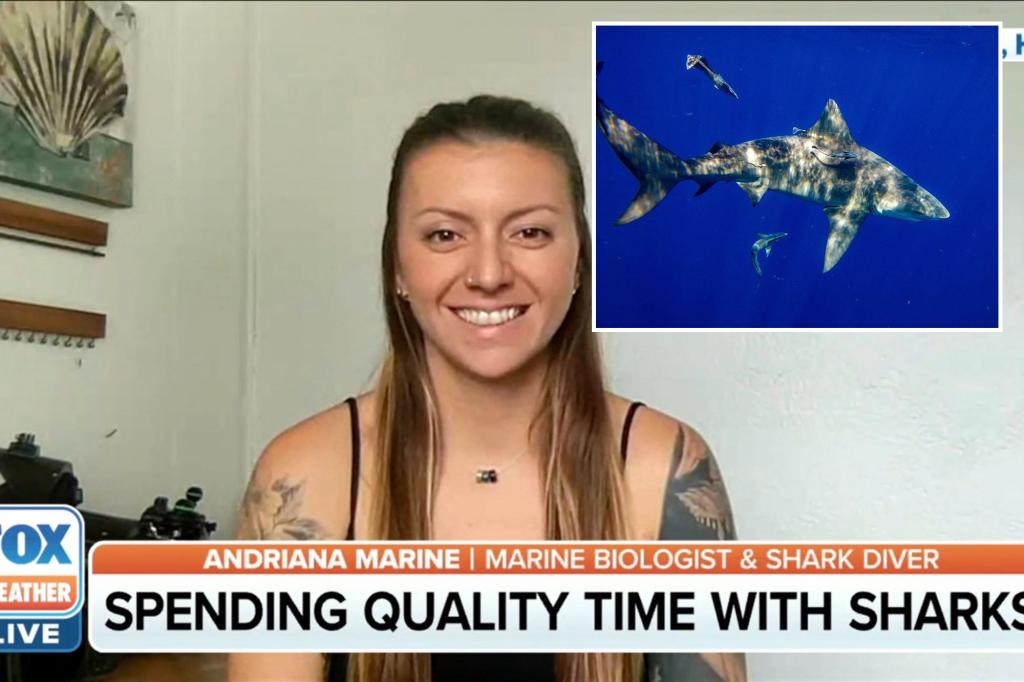 Marine biologists believe that understanding sharks is as easy as concentrating on their body language and this is exactly what Andriana Fragola has done.

The Miami native has been swimming with sharks for as long as she can remember.

“Sharks have actually been an animal that I’ve been very interested in since I was very little,” Fragola said.

Growing up in Florida, she said she was lucky to be able to swim thanks to its proximity to the ocean.

But she believes the animals have gotten a bad rap due to recent shark sightings and bites.

“Being able to learn more about [sharks] and putting myself in those situations to learn more, and just experience them, and then start teaching people, and increasing our knowledge about sharks is something that I’m very passionate about,” Fragola said.

She said that through her learning, she has been able to pick up patterns that have helped her identify shark movements.

“You can tell what kind of behaviors tell you what they might do next,” Fragola said. “You start to see those patterns, and the more you recognize and see people, and the way they move, you get a sense of what they’re thinking to a certain level and then what you can anticipate. they would continue to do so in the future.”

She said that while that’s not always the case as they are wild animals, it does give you a better understanding of sharks.

“If they move quickly and calmly around you, that’s a very good indicator that they’re pretty calm and don’t see you as a threat or uncomfortable with your presence,” Fragola said.

It is the changing behaviors that should cause concern.

“That’s going to be something you can see more like, ‘Hey, I need my space.’ It’s time to get out of the water or just swim slowly and give them that space,” Fragola explained about the fast movements.

She said recognizing these behaviors will help if you’re ever around a shark.

“In fact, they can smell and tell the difference between human blood and fish blood. So, they are not going to charge and eat a human right”, said Fragola. “They are very intelligent animals. They only eat what is in their diet.”