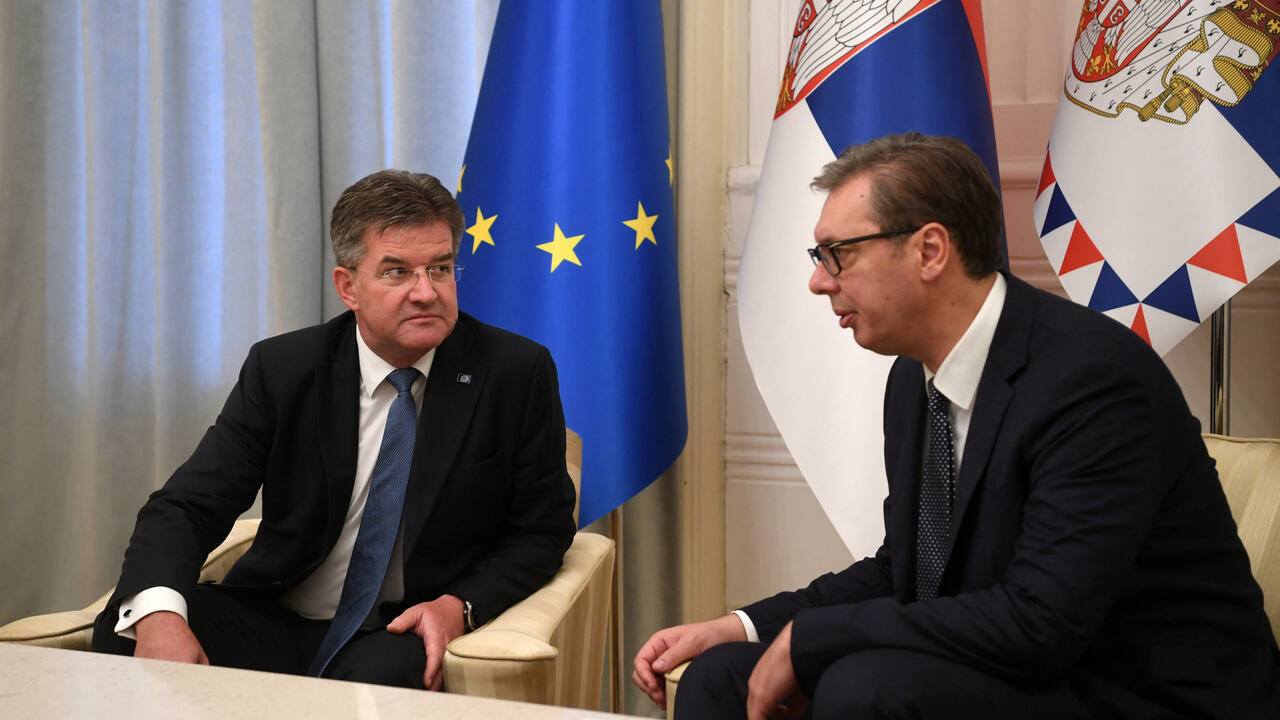 The European Union’s foreign policy chief announced on Saturday that Serbia and Kosovo have agreed how to resolve a dispute over their identity documents, resolving one of the issues that has sparked the latest tensions between the former Balkan war enemies.

Josep Borell’s comments come after a series of international diplomatic efforts to quell concerns that problems could escalate further amid the war in Ukraine and Serbia’s close ties with Russia.

Kosovo declared its independence from Serbia in 2008, which Belgrade does not recognize.

Tensions spiked late last month when the Kosovo government declared that Serb-issued identity cards and vehicle plates would no longer be valid on the territory of Kosovo, just as those issued by Kosovo are not valid in Serbia. . In recent years, Serbia required Kosovar identity card holders to acquire special passes when traveling through Serbia to show that it does not recognize Kosovo’s independence.

In the past two weeks, EU officials mediated a meeting between Serbian President Aleksandar Vucic and Kosovo Prime Minister Albin Kurti in Brussels, and US and EU envoys traveled to the region. to try to solve the problem.

“We have a deal,” Borrell said on Twitter. “Serbia agreed to abolish entry/exit documents for Kosovo ID holders and Kosovo agreed not to introduce them for Serbian ID holders.”

“Kosovo Serbs, as well as all other citizens, will be able to travel freely between Kosovo and Serbia using their ID cards,” he added.

We have a deal.

Under the EU-Facilitated Dialogue, Serbia agreed to abolish entry/exit documents for Kosovo ID holders and Kosovo agreed not to introduce them for Serbian ID holders.

“Freedom of movement is the foundation of democratic societies and European values,” he said, adding that Kosovo will continue to fight for “mutual recognition.”

Earlier on Saturday, Vucic told reporters that if an ID deal is reached, Serbia will issue a “general disclaimer” on the limit, saying the use of Kosovo ID cards is allowed for “practical reasons and freedom of movement”, and does not mean that Serbia recognizes Kosovo or its future status.

However, he said the Serbian car license plates still used by many Kosovar Serbs remain an unresolved issue.

Kosovo’s independence has been recognized by Washington and most EU countries, while Serbia has been supported by Moscow and China in its bid to retain the former province. Belgrade lost control of Kosovo in 1999 after NATO bombed the country to stop its brutal crackdown on ethnic Albanian separatist rebels.

For several years, the EU has mediated negotiations between Kosovo and Serbia, seeking to normalize their relations and advance their efforts to join the European Union.

NATO peacekeepers have increased their presence in northern Kosovo in response to rising tensions.