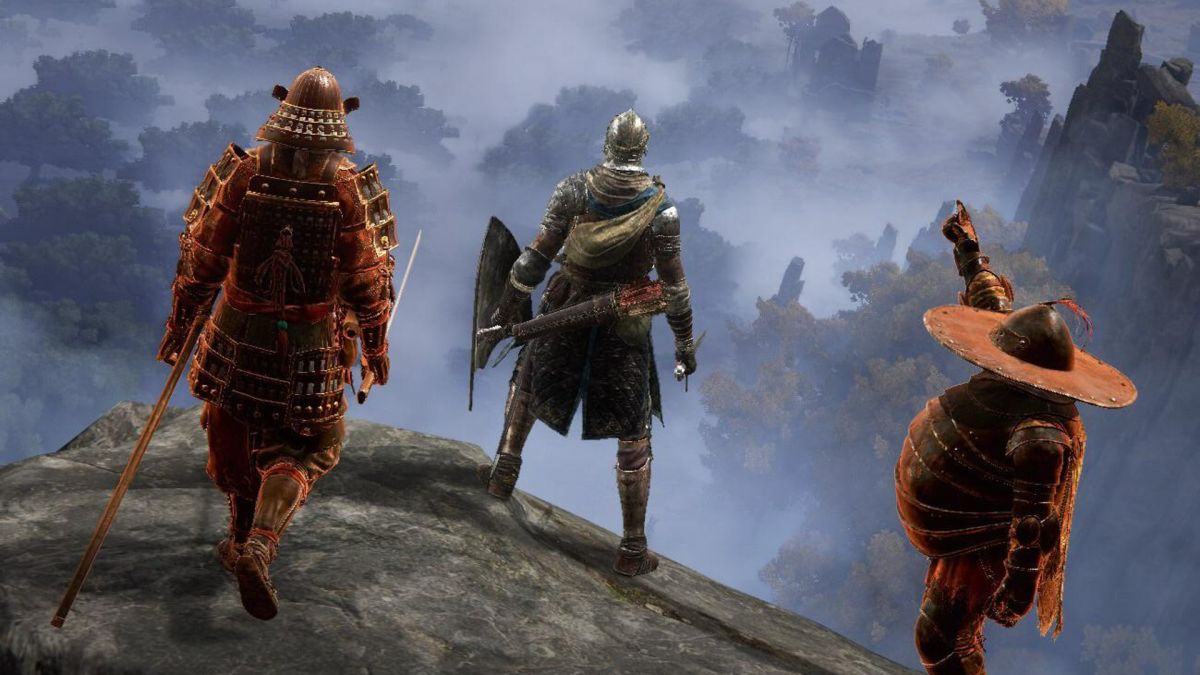 Earlier this week, rumors of a Sekiro 2 announcement at The Game Awards hit the internet. The font was dim at best (4 channels no credible backing), but it got people talking. Sekiro: Shadows Die Twice was a hit for FromSoftware, the samurai-inspired action RPG that garnered multiple Game of the Year awards, most notably at The Game Awards 2019, so, one has to assume, fans of the original they would welcome a sequel with open arms.

I certainly would. But it seems so unlikely at this stage. Since then, Elden Ring has elevated both the action RPG genre and FromSoftware as a studio since its arrival in February, which, if the latter were to show up at The Game Awards, would surely do so with something hidden in the form of Elden. Ring. under his arm. Further building on the meteoric and enduring success of the Tarnished stories in Lands Between seems inevitable, and I see no point in developers offsetting or diluting the current tidal wave of hype with a sequel to a game thought to be unique. If FromSoftware is at The Game Awards next week, then Elden Ring DLC it feels like a given. My question is: why can’t we have the best of both worlds?

There’s a moment in Dark Souls 3, deep within the Desecrated Capital, that I’ll never forget. It’s not the blockbuster showdown with Yhorm the Giant, nor is it the harsh bastard fights with the Headless Gargoyles, or the haunting wailing of the Jail Maidens. It’s a quieter, incidental, and easily missed meeting with Laddersmith Gilligan. Throughout the Dark Souls series we are told that history is destined to repeat itself and that the worlds of each game (Lordran, Drangleic, and Lothric) are all interlinked. With each passing age, a new cycle begins to overwrite the last one; this is why Anor Londo appears in both DS1 and DS3 despite being located in different locations; why Demon Ruins has multiple lava-flooded variations; and why the likes of Darkroot Basin and Smoldering Lake mirror Farron Keep and Lost Izalith to some degree.

Otherwise remembered as the silver-tongued but helpful fellow who resides in Dark Souls 2’s Majula, helping you navigate that area’s The Pit by selling you ladders, Laddersmith Gilligan’s appearance in Dark Souls 3 is less pleasant. Deep within the Defiled Capital are a bunch of rickety and inconspicuous wooden platforms, each floor of which is connected by stairs of different heights. On a floor near the top, a dead man lies face up, and though it’s unclear how he met his creator, the surrounding area is full of unsavory things. Look a little closer and you will notice that the man is lying between several fallen ladders. Look a little closer and you’ll realize the man is Laddersmith Gilligan.

In this interpretation of the world, Laddersmith Gilligan resides in the Desecrated Capital. Much of Dark Souls’ (and indeed Elden Ring’s) narrative is speculative and open to interpretation, but Knowledge hunting enthusiastic players believe that Dark Souls 3’s antagonist, Pontiff Sulyvahn, hired Gilligan to help him navigate the awkward terrain of this area, before disposing of him once he had served his purpose. Regardless, the way this chance encounter with the late Gilligan is presented has stayed with me, strongly embodying the idea that history in this universe is destined to repeat itself forever.

In Elden Ring, a similar quip, probably innocuous, possibly imagined, also stuck with me. Caelid, the twisted, corrupted, red-sky expanse to the east of Limgrave, teems with undead soldiers, and is best known as the scene of the last stand between General Radahn and Malenia. The fact that it’s also marred by Scarlet Rot makes it a horrible place to be, but I think could they have ties to the samurai of the Elden Ring. The merchant who has set up shop in northern Caelid, for example, sells a full set of Land of Reeds armor: the same samurai classes you start the game with. By opening one of the locked cells in the nearby Gaol Cave, a location on the scarlet lake east of Fort Gael, you can also grab a mini-Katana-like blade, called a Wakizashi, the item description of which in part reads: “a exclusive weapon of the warriors of the Land of Reeds”. And, inside the Gael Tunnel, located on the border between Limgrave and Caelid, you can find a Cross-Naginata Spear and a complete Moonveil Katana after taking down the Magma Wyrm field boss.

Like Laddersmith Gilligan, all of this could simply suggest that some poor samurai crash-landed in one of the most harrowing and deadly places in the Lands Between. But it could also mean something bigger. Perhaps the Land of Reeds, where the samurai come from, is nearby, possibly to the east of the Middle Lands. Perhaps in the times before The Shattering event, the Elden Ring samurai had a greater presence here in Caelid. Or maybe I’ve spent too much time playing FromSoftware games that I feel compelled to interpret things that don’t need interpretation at all.

In our Elden Ring DLC ​​wish list, we have speculated about what could be next for Elden Ring, within which we have allocated new settings to explore and the possibility of visiting the same world during a different timeline. For me, the Land of Reeds would fit that bill perfectly, digging into the Elden Ring samurai and possibly using the aforementioned Caelid bonds as a springboard. In the same way that the demon race was thoroughly examined in Dark Souls 1, 2, and 3, I would love to learn more about the samurai of the Elden Ring. And so while the rumors of a Sekiro 2 announcement at The Game Awards next week are almost nonsense, the idea that something similar could emerge through the lens of Elden Ring would be just as welcome.