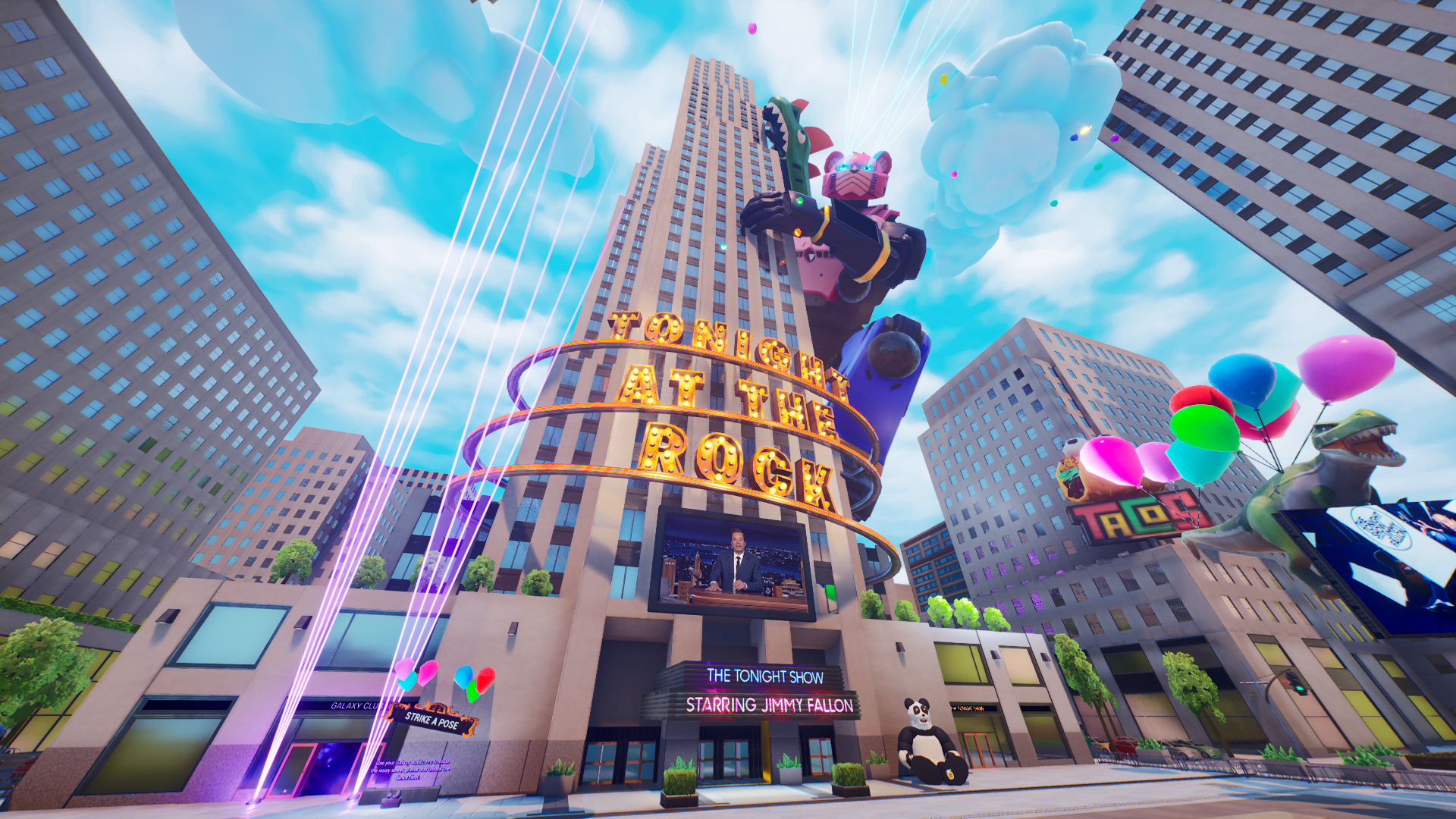 “Tonight at the Rock Powered by Samsung Galaxy” takes fans on an exciting journey into the metaverse where players can freely explore a fantasy version of iconic New York City locations like Central Park and Times Square along with landmarks from “The Tonight Show” as Rockefeller Center. and Study 6B. A series of mini-games inspired by “The Tonight Show” favorites like Giant Pong, as well as game modes like Race Up the Rock, Cabbie Crash Course and Escape Studio 6B can be unlocked as players adventure through the virtual world. . To level up, players can use in-game boosters with Samsung’s newest and best-selling mobile devices, including Galaxy Z Fold4, Galaxy Watch5, Galaxy Buds 2 Pro, and Galaxy Tab S8 Ultra.

To play for free, fans can simply download Fortnite on Android and many browser-enabled devices, PCs, and consoles, including XBOX, PlayStation, and Nintendo Switch. With single and multiplayer options, “Tonight at the Rock Powered by Samsung Galaxy” can be enjoyed by the whole family and fans around the world.

Check out a clip from last night’s episode of “The Tonight Show Starring Jimmy Fallon” showing off the new virtual experience:

Fans can tune in to “The Tonight Show Starring Jimmy Fallon” on Wednesday, September 21 at 11:35 pm ET/PT for a special integration into the show that reflects one of the games outside of real life 30 Rock.

“At Samsung, we are always looking for opportunities to provide users with unique experiences with their Galaxy devices.” said Janet Lee, senior vice president of mobile experience at Samsung Electronics America. “’Tonight at the Rock’ empowers fans with a unique social adventure right in the heart of 30 Rock, all enhanced through in-game Samsung power-ups made possible by the Galaxy ecosystem. We’re very excited to bring late-night fans the first interactive ‘Tonight Show’ gaming experience, in a way that honors our long-standing creative partnership.”

“Over the past few years, I have been fortunate to partner with Samsung on just about any idea we can dream of,” said Jimmy Fallon, host of “The Tonight Show Starring Jimmy Fallon.” “This time, I asked if we could do something with Fortnite. They immediately said yes, and we created a gaming experience that brings Tonight Show fans and Fortnite fans together. I think it fits very well because we all share the same mission, which is to bring people from all over the world together to have fun.”

“We’ve been collaborating with Samsung on unique and engaging integrations for the past several years to bring ‘Tonight Show’ audiences one-of-a-kind experiences they can’t connect with anywhere else,” said Mark Marshall, president, Advertising and Partnerships. , NBC Universal. “Now, we’re transforming with our partners as the industry dives deeper into technology-enabled activations, like metaverse platforms that redefine interactive advertising within iconic IP pieces like NBC’s Late Night slate.”

Samsung has creatively collaborated with “The Tonight Show Starring Jimmy Fallon” for a variety of exciting activations, including the 60-second Super Bowl custom post-game campaign, the first-ever “The Tonight Show” Film Festival, Five Boroughs Edition and most recently surprised three uninterested teachers for Mother’s Day and National Teacher’s Day with a Galaxy Bundle and $25,000.

“Tonight at the Rock Powered by Samsung Galaxy” is another example of Samsung’s ongoing innovation that fuses Galaxy technology with the metaverse and beyond. In January, Samsung introduced the Samsung 837X, an online gaming hub that replicates Samsung’s flagship store in New York City. This summer, Samsung released “Samsung Superstar Galaxy” on Roblox, which featured the Galaxy Z Flip3 as the hero device and pop artist Charli XCX guiding players through the experience. Charli XCX’s final performance within the game was nominated for a recently introduced MTV Video Music Award in the “Best Metaverse Performance” category.

*This is an independently created Fortnite experience and is not sponsored, endorsed, or administered by Epic Games, Inc.