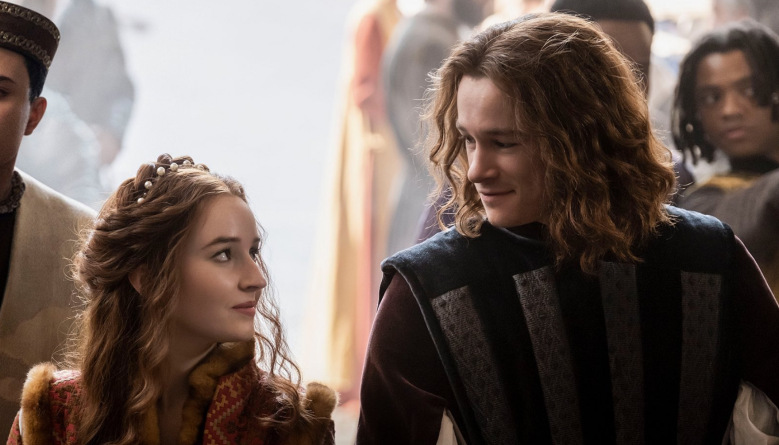 Before Romeo and Juliet, there was Romeo and Rosalina.

The story of the prequel to William Shakespeare’s play “Romeo and Juliet” is reimagined with the first set of star-crossed lovers to meet a harrowing end, as reimagined by novelist Rebecca Serle in the 2010 YA book “When You Were Mine.”

Scott Neustadter and Michael H. Weber, the duo behind adaptations of “The Fault in Our Stars,” “The Disaster Artist” and the upcoming series “Daisy Jones and the Six,” wrote the script for the Hulu movie “Rosaline Based on Serle’s novel. The film opens on October 14 on the streaming platform.

Kaitlyn Dever stars as the never-before-seen title character only referenced in Shakespeare’s play. The film is described as a comedic new twist on Shakespeare’s ‘Romeo and Juliet’ in that the classic love story is told from the perspective of Juliet’s cousin Rosaline… who happens to be Romeo’s ex-girlfriend.

“Rosaline” is directed by Karen Maine, the director behind the “Yes, God, Yes” and “Starstruck” series, who also previously wrote the story for “Obvious Child.”

According to the official synopsis, “Rosaline” is a fresh and comedic twist on Shakespeare’s classic love story “Romeo and Juliet,” told from the perspective of Juliet’s cousin Rosaline. (Dever), who also happens to be Romeo’s recent love interest. Heartbroken when Romeo (Allen) meets Julieta (Merced) and starts chasing her, Rosaline plans to thwart the famous romance and get her boy back.

“Rosaline” in part acts as a who’s who of Hollywood’s Generation Z, with lead star Dever fresh off the Emmy-nominated “Dopesick” and starring in Julia Roberts and George Clooney’s upcoming divorce romantic comedy, Ticket to Paradise. Merced will appear in the MCU installment “Madame Web” alongside Dakota Johnson and Sydney Sweeney, as well as Hannah Marks’ “Turtles All the Way Down.” And our Romeo 2.0 Allen will take on the role of the popular cartoon character He-Man in the live-action remake of “Masters of the Universe.”

Emmy nominee Dever told IndieWire that she follows her “gut feeling” and intuition when selecting the roles.

“It’s pretty clear as soon as I read something,” the “Unbelievable” actress explained. “There’s a kind of real, immediate, full-body physical and emotional reaction that makes me feel so desperate to want to be a part of those kinds of projects. I want to keep looking for that, chase that feeling and look for the projects that I think will have an impact in some way. Because that’s the best combination of something in a job that I can do, where I can do what I love, but also be a part of something that’s going to move the needle forward, or start a conversation in some way.”

Watch the trailer for “Rosaline” below.