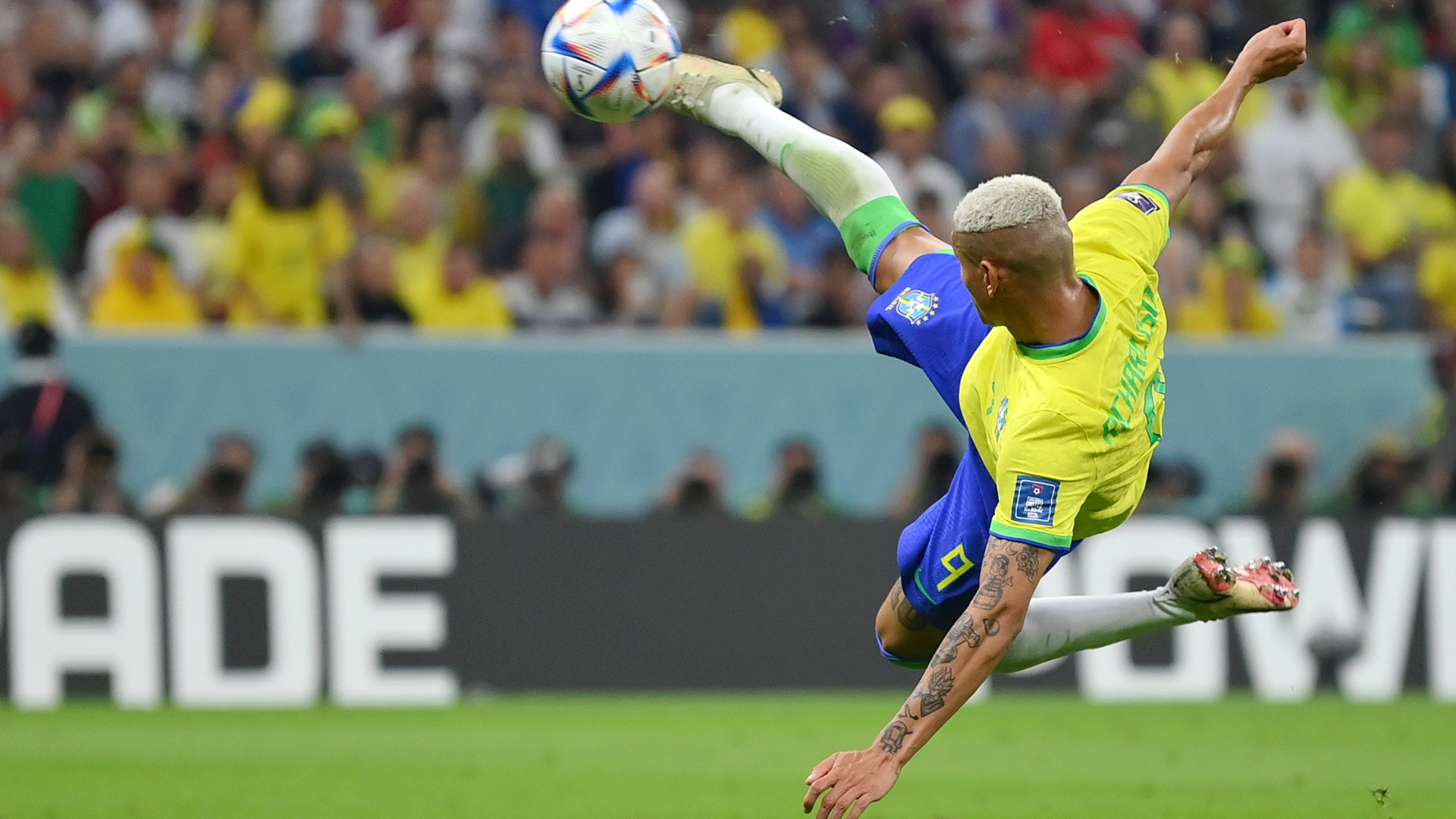 The Brazil star scored a truly magnificent and acrobatic goal as his team made their mark at the 2022 World Cup in Qatar.

The Tottenham striker was the man of the hour, as he scored twice against Serbia in their opening group game.

The first was a touch to put Brazil ahead, but the second couldn’t have been more different.

Vinicius Jr of Real Madrid crossed the ball for the Tottenham ace.

talkSPORT commentator Joe Shennan said: “What a goal, one of the greatest in World Cup history. Richarlison with the most acrobatic and spectacular air kick.

“It is a magical moment, a moment to never forget. It was just brilliant from Richarlison. Genius. That was really magnificent.”

talkSPORT co-commentator Dean Ashton added: “This is an absolute work of art and is Richarlison’s masterpiece… at the World Cup.

“He just throws it up and produces the most outrageous, acrobatic air kick in the bottom corner. Wow! That is incredible.”

Richarlison was then mobbed by his teammates as they danced past the corner pennant to seal a 2–0 victory.

It was a World Cup debut for the Spurs ace, as Brazil entered the tournament in some style.