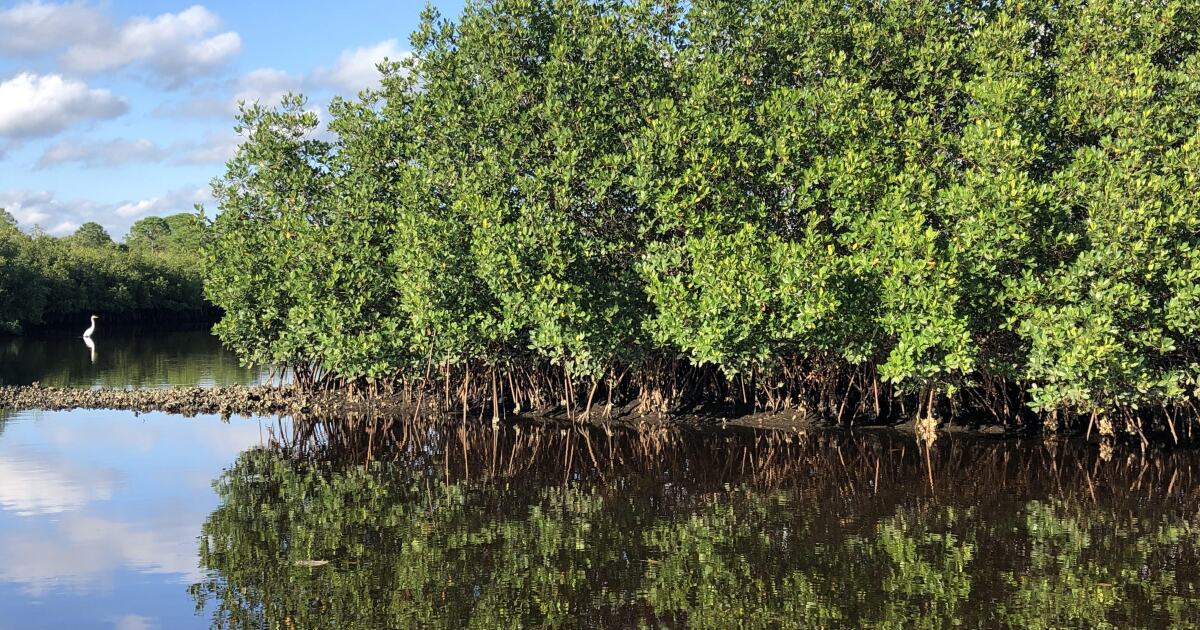 A team of researchers led by the University of South Florida is receiving $20 million from the National Science Foundation to develop solutions to protect and replenish mangrove and coral reef ecosystems.

Coral reefs and mangroves protect our coastlines by reducing flooding, erosion, and wave intensity during storms. They also provide a habitat for marine life.

The mangroves serve as fish nurseries and the coral reefs also help the fish to hide. So in terms of the benefit to biodiversity, these are two really important ecosystems.

But mangroves are being cleared for development and coral reefs are threatened by pollution and rising temperatures.

Scientists will look at hybrid models for coral reef and mangrove restoration, such as using concrete or cement to help plant mangroves so they are protected and able to grow.

“If they are degraded systems or systems that have been destroyed in the past, are there ways to restore those areas?” asked lead scientist Maya Trotz, a professor in the USF Department of Civil and Environmental Engineering.

“How much would it cost? Who needs to be at the table to make sure that intervention is protected and works? How would you design those interventions so that local communities can really have a say in what the design looks like?”

She said that for the next five years, her team will focus on Miami’s Biscayne Bay because they want input from diverse members of the community.

“The idea of ​​working more closely with communities and gathering new information: Are there additional things we should consider when we start talking about equity?” Trotz said.

They will also spend time discussing the Mesoamerican Barrier Reef Complex in Belize and the US Virgin Islands. Workshops and meetings are planned at each location each year for residents to share their experiences and add input to conversations to identify solutions. .

Although the investigation will be based in South Florida and the Caribbean Sea, Trotz said the findings will carry over to Florida’s Gulf Coast and beyond.

Trotz so far has a squad of around 20 but is currently hiring to double that number. The project is expected to be completed by the end of August 2027.

“I hope that from this study we will have a better way to generate research and action within communities to address issues related to protecting their coastlines, that integrate nature-based solutions in a more holistic way than is likely to be realized. does now,” Trotz said. .

“At a time when we’re also seeing a lot of development and a lot of development that’s pretty much cutting down these mangroves, and that’s being built in such a way that it’s damaging coral reefs… it’s kind of like, how do you amplify that importance? for the developers and the people who are part of that development before it’s too late when we still have some of these ecosystems in existence?