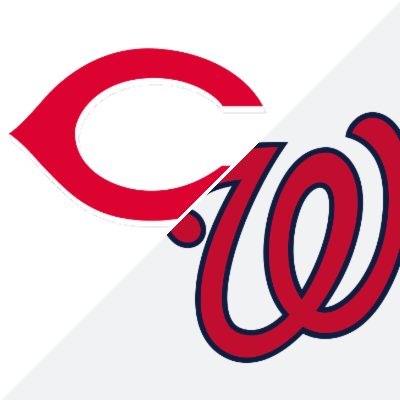 Corbin (5-17) allowed one earned run on four hits in six innings and struck out five. A Washington starting pitcher hadn’t had a win since Josiah Gray won at Philadelphia on July 6, breaking the previous major league record of 35 games set by the 1949 Washington Senators.

“Everyone knows about the record here that was broken today, but it’s not something I’m proud of,” Corbin said. “We’ve been pitching well as a team and a lot of guys have been coming out and giving us a chance to win games.”

Stuart Fairchild homered for Cincinnati, which has lost 13 of its last 17 but was trying to sweep the weekend.

Corbin has dropped his ERA from 7.02 to 6.56 in three starts since the Nationals skipped his turn in the rotation earlier this month. The southpaw had lost seven straight decisions since he defeated Pittsburgh on June 28.

“Since we gave him a little bit of a break, he’s come back and pitched well,” Washington manager Dave Martinez said.

Corbin started the day with four more losses than any other pitcher.

Hunter Harvey drew a leadoff single in the Reds’ seventh, Carl Edwards Jr. drew three straight fly balls in the eighth and Kyle Finnegan drove in the ninth for his eighth save in 12 chances.

“Getting Pat to win today and ending that (streak) was incredible,” Finnegan said. “He pitched a great game and delivered it to the bullpen and we were able to do our job.”

Ildemaro Vargas led off the fifth with a line drive off Nick Lodolo (3-5) to left field for his third home run in nine games, snapping a 2-1 tie. Lodolo allowed three runs and struck out five in seven innings, which tied for the longest outing of the rookie’s career.

“He continues to pitch very well,” Cincinnati manager David Bell said. “He really couldn’t be doing much better than he is right now.”

The Reds took an early lead on Kyle Farmer’s RBI groundout in the first and Fairchild’s solo homer in the second. Washington tied the fourth inning on a walk by Nelson Cruz and an RBI single by Riley Adams.

OF Joey Meneses singled in the fifth and has 28 hits in 22 games since making his debut after Washington traded Josh Bell and Juan Soto earlier this month. The 30-year-old has the most hits by a Nationals rookie in 22 games, surpassing Anthony Rendon’s 27 in 2013.

Reds: OF Nick Senzel (left hamstring strain) was out of the lineup for the third straight day. Bell said the team would likely have to make a decision about placing Senzel on the disabled list on Monday. … RHP Hunter Greene (shoulder) will begin a rehab assignment Thursday. Bell said the team hopes Greene can return to the rotation on Sept. 11 or 12.

Nationals: Gray is scheduled to return to the rotation during Washington’s series at the New York Mets next weekend. Gray hasn’t pitched since Aug. 20 and has pitched 123 1/3 innings this season and has never pitched more than 130 innings in a year since he turned pro. “I think he understands where he is,” Martinez said. “For the most part, we’re trying to keep these guys healthy for the future and make them stronger.”

Reds: RHP Chase Anderson makes his Cincinnati debut Monday at home in the opener of a three-game series against St. Louis. Anderson hasn’t pitched in the majors since Aug. 4, 2021, when he was with Philadelphia.

Nationals: Washington is off Monday before continuing its homestand on Tuesday against Oakland. RHP Erick Fedde (5-8, 4.88 ERA) will face the A’s for the first time in his career.