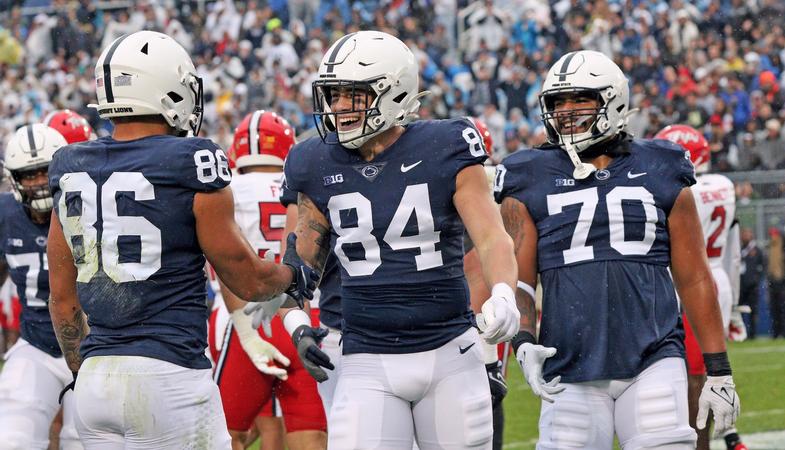 COLLEGE PARK, Pennsylvania. – No. 11/12/14 Penn State visits Rutgers on Saturday at SHI Stadium for a Big Ten contest. Kickoff is scheduled for 3:30 p.m. on the Big Ten Network. The 2022 Penn State football season is presented by PSECU.

CAUSING HAVOC: Penn State followed with 16 tackles for loss and six sacks against Indiana with nine tackles for loss and seven sacks against Maryland. The seven sacks totaled 49 yards. Penn State had six or more sacks in consecutive games (6, at Indiana; 7, Maryland) for the first time since 2007. On the season, 23 different Nittany Lions have at least one complete tackle for loss and 14 have at least one sack. The 14 different players with a sack are tied for the most among Power Five teams.