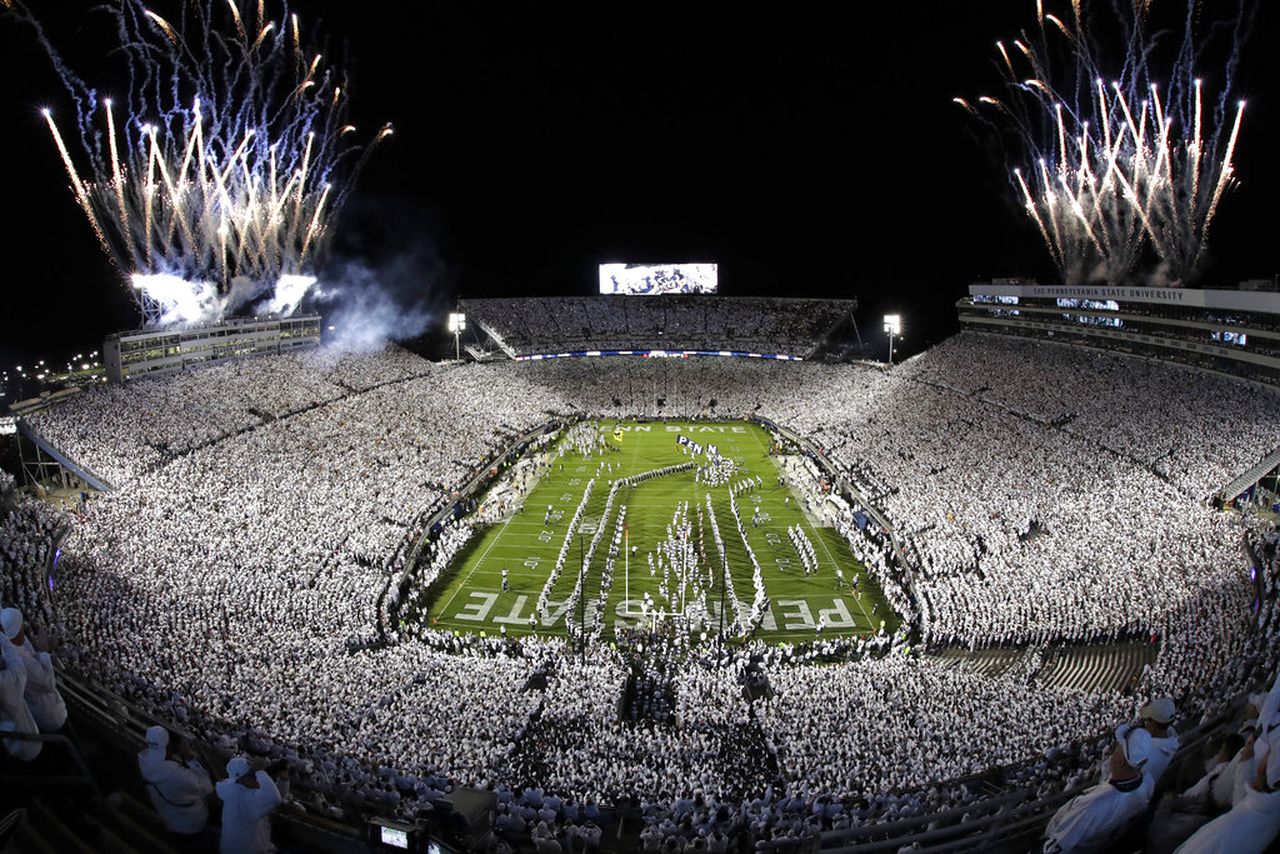 What is the largest tavern in Center County?

Very soon, it will be Beaver Stadium on game day.

The Penn State Board of Trustees voted 28-5 Friday to approve a plan to offer beer sales to the adult fan base during Nittany Lion home games and other events at the stadium. No formal start date was given for Friday, although athletic director Pat Kraft has said in the past that with trustees’ approval, beer sales could begin as soon as the scheduled home game against Northwestern on Oct. 1.

Since 2016, Penn State has allowed alcoholic beverage service in club suites and other semi-private areas of Beaver Stadium. But this is the first time alcohol sales will be opened to the general fan base, just like on a trip to any professional sports stadium statewide.

The original proposal included the sale of carbonated soft drinks, but administrators approved an amendment to the plan on Friday that removed soft drinks from the menu. A task force will also be established to review the program and its impact on the community.

Kraft said reasons for the open beer sale plan include providing “a significant enhancement to the fan experience and game day atmosphere.” He told trustees that in the most recent fan survey on Beaver Stadium improvements, it was a feature most respondents said they wanted to see.

Kraft also said it’s a trend that’s becoming more widespread in major college sports, noting there’s peer school experience that shows there’s been a reduction in alcohol-related incidents at college football stadiums that serve alcohol. in the place. “We think this could help in some of the situations on game day,” Kraft said.

Penn State would become the ninth of 14 Big Ten Conference schools to offer some form of alcohol sales throughout the stadium.

Five trustees opposed the plan, mostly because they were concerned it would negatively impact the game day experience for families with children.

Valerie Detwiler, noting that 36.4 percent of respondents to a survey question on the topic said they would definitely or probably object to selling beer, questioned what happens to their game day experience.

“Spending a day at Beaver Stadium is one of the best ways we start to cultivate young Nittany Lions,” Detwiler said in arguing against the change. “Think back to your own memories of your first trip to the ballpark… How proud alumni are to bring their children to the ballpark at a young age with the hope that they, too, will be members of Penn State.

“This is the best publicity we could hope for, and it has clearly served us well. We’ve done all of this without the sale of alcohol in the stadium,” Detwiler said. He noted that fans who want to drink can still do so before and after the game outside of the stadium. But, he concluded, “selling beer at the stadium will negatively impact the game day experience for families.”

Supporting the motion, however, Trustee Brandon Short argued that he trusts Penn State fans to handle the new privilege responsibly. And, Short added, there is an element of fairness involved.

“And if we’re wrong, we reserve the right to continue as things were” and kill the project.

Under the approved plan, the 16-ounce beers will not be sold at existing permanent concession stands. Instead, the mobile stations will be placed “strategically” throughout the stadium but, Kraft stressed, not in areas directly adjacent to the student section. However, student ticket holders who are 21 years of age or older will be able to purchase.

Anyone making a purchase will be required to show identification to verify age, and will also be issued a wristband to help stadium security monitor in real time that only those who have passed the age control drink.

“If you don’t have a wristband, you shouldn’t have a drink in your hand,” Kraft said.

There will also be, according to information presented to trustees ahead of Friday’s vote, a “secret shopper” program to ensure all age verification protocols are followed.

All beer sales will stop at the end of the third quarter.

In addition, the university has committed that all involved employees who serve beer, the majority of whom will be employees of the Oak View Group, a company that supports concessions at several major stadiums, who serve beer will be RAMP trained and certified. In fact, the athletic department staff said, most already have that certification.

“These are professional brewers who work at Citizens Bank Park, Allentown and other places,” Carl Heck, senior associate athletic director for Capital Projects, Events and Facilities, told a board committee earlier this month.

The revenue generated from the sale of alcohol will be used for deferred maintenance projects at the stadium.

However, the athletic department projected a small net loss in the first year, mainly because it did not have a full season to recoup initial costs, including 140 new mobile POS units that can be used at any concession stand. . First-year expenses are projected at $2.4 million, with revenue close to that but slightly less, Heck told the committee this month.

Penn State expects profit from beer sales in the second year and beyond.