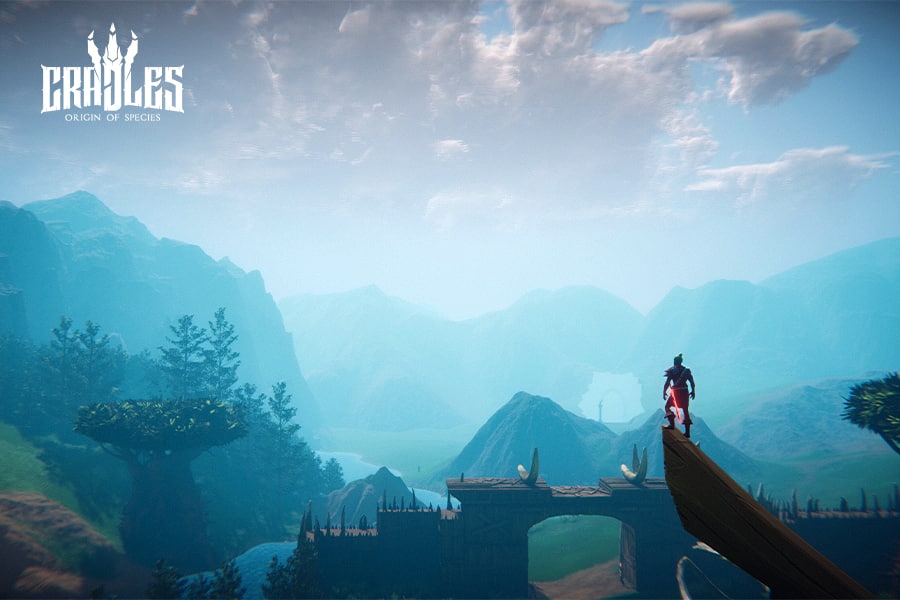 Since the ability to win is a huge draw for players, NFT games have attracted a large number of new players. At some point in 2021, there were game streamers who recorded earnings of thousands of dollars every week due to their participation in these NFT games.

Naturally, since most of these games launched during the bull market, their token prices skyrocketed, as did player earnings. But these NFT games are now being put to the test, as the cryptocurrency market has entered another inevitable bear market.

As prices have collapsed, so has player interest. A lot of games that had been popular due to their rising token prices are now suffering in the bear market. Even big players like Axie Infinity have seen interest plummet significantly during this time. This has required more innovation and less focus on token prices when it comes to NFT games. That is if these games plan to survive the current bear market.

Token price should not be the focus

One problem with existing blockchain games is the fact that the value of the entire gaming ecosystem depends solely on how their token prices are doing. When the price of their tokens increases, they see a lot of interest, but any decrease causes players to leave in large numbers. Clearly such a model is unsustainable, and some industry insiders have even referred to current models as Ponzi schemes that need a constant stream of new entrants to keep them going.

The use of such models only appeals to players who only care about the price of the tokens they earn. The result of this is the mass exodus that has taken place in the gaming sector, as cryptocurrencies have welcomed another bear market.

A new entrant to the space has taken the lead in addressing the issues currently plaguing the NFT gaming space. Cradles: Origin of Species is a blockchain game that focuses on innovation and its community rather than token price. This game promises to bring never-before-seen capabilities to NFT games in a bid to transcend beyond the questionable models employed by existing blockchain games.

Cradles: Origin of Species focuses on innovation to keep its community engaged and interested rather than token price. Taking a player-centric approach, the creators introduce new metaverse gaming experiences. These range from popular aspects of the play-2-earn ecosystem to new metaverse features that make it more than just a VR gaming experience. One of the innovations of the Cradles: Origin of Species team has been the introduction of the EIP-3664 proposal for a new type of NFT.

It follows in the footsteps of the ERC-20 by introducing revolutionary features when it comes to how tokens are created. Unlike ERC-721 or other token standards currently used for NFTs, EIP-3664 contains several new attributes that allow various types of fungible and non-fungible aspects. Players can add and remove components from their NFTs, as well as give them new traits, which will allow for continuous and dynamic gameplay, unlike traditional NFTs whose traits are preset and cannot be changed.

Props, characters, and game operation modes using EIP-3664 can be fully represented as smart contracts. This promotes different gameplay and expands the types of NFTs on the Ethereum network to provide a stronger and more diverse gaming experience.

Cradles’ first-player strategy has seen it move away from the traditional play-to-win model and take players into the new world of play-to-win. This helps shift players’ focus from the token price being earned in the game to playing the game for pure enjoyment. In this way, the chips earned by players become just an added incentive to play as they progress through the game, not the main motivator to play.

It is also the first subscription-based game to grace the blockchain gaming space. This allows all players to immediately access the game without having to purchase expensive NFTs in advance. By purchasing a monthly card, users can play and win Cradles for the entire month.

As already mentioned, players of Cradles: Origin of Species do not have to make a significant initial investment before playing Cradles. Another invention that makes this possible is the Staking Into NFT (SIN) feature of the game.

This allows users to bet on NFTs already owned by their favorite Steam or Pro player. So if a player doesn’t have access to a powerful weapon in the game and a streamer does, they can stake their tokens on the streamer’s NFT to help increase the weapon’s power. This gives the streamer an advantage over their opponents to help them claim victory and win prizes, which are distributed between the streamer and those who wagered their NFT.

All game items in Cradles: Origin of Species are also created by players. No external NFTs are sold before entering the game, and players can freely move and trade items with each other thanks to a completely decentralized supply of items.

Cradles recently raised $5 million in a private funding round to build his metaverse. The game is backed by some of the biggest players in the space, including Animoca Brands, Signum Capital, and Huobi Global, among others.

The innovation behind Cradles: Origin of Species is what puts it ahead of all other blockchain games. By successfully separating the value of the game from the price of the token, you ensure that your community is always involved, regardless of whether the price of the token goes up or down. A complete game that starts the evolution of the metaverse.