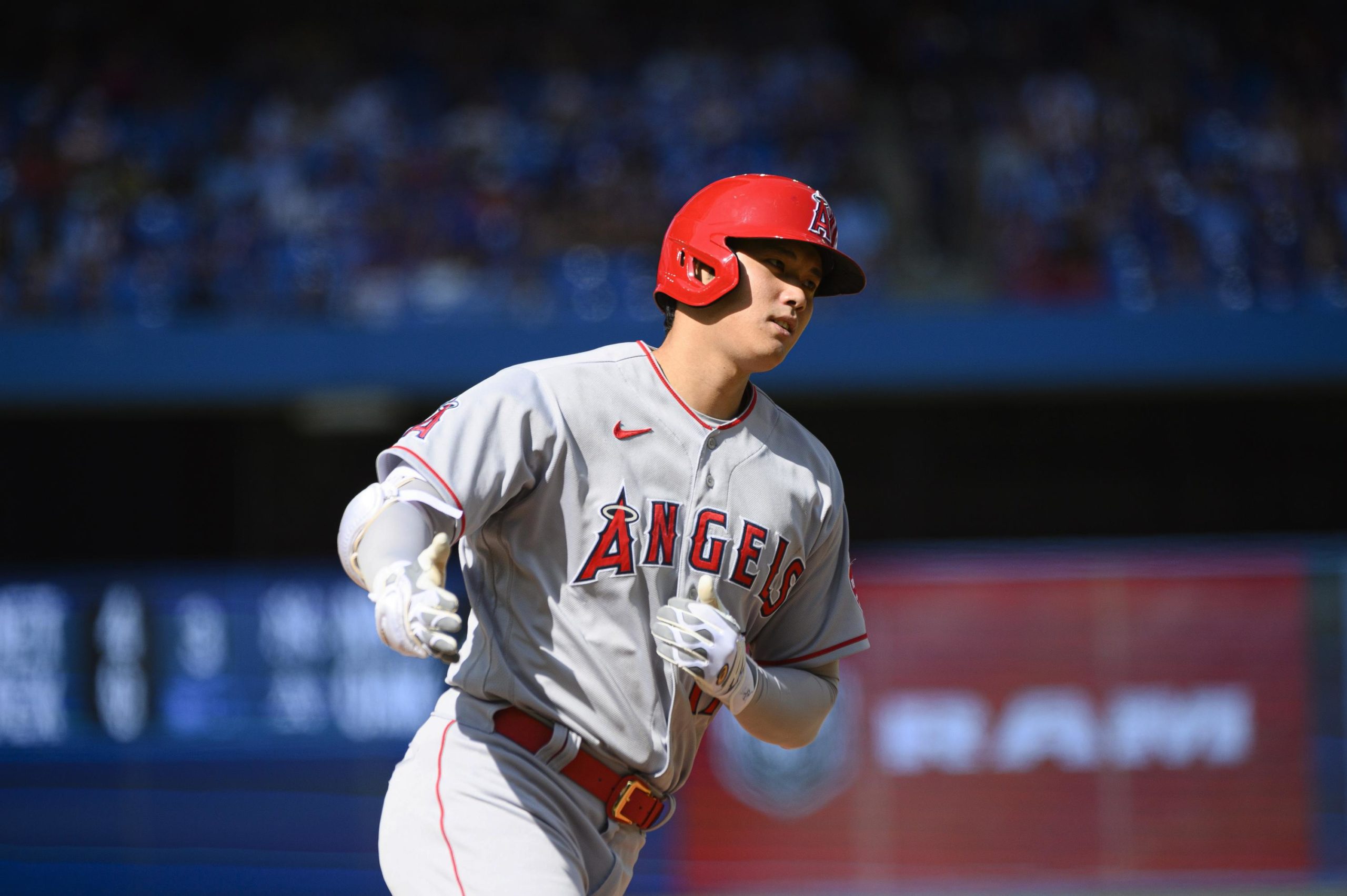 Meanwhile, the Toronto Blue Jays plunged back into their rollercoaster ride in the AL wild-card race.

Ohtani and Trout homered, and the Angels beat the Blue Jays 8-3 on Sunday to complete a three-game sweep.

Ohtani had three hits and scored twice a day after pitching seven sharp innings in a 2-0 win. Trout went 2-for-5 with two RBIs and also scored twice.

“We’re trying to win ballgames, we’re trying to build positive momentum in the offseason,” Trout said. “Obviously we’re going to play some teams down the stretch that are in the running. We’re just trying to shake some things up a little bit.”

Ohtani’s two-run drive made it 6-1 in the seventh, and Trout added a solo homer in the ninth. It was the 28th home run by each slugger.

Luis Rengifo and Kurt Suzuki also connected for the Angels, who had lost six straight and nine of 10 before facing the Blue Jays.

Los Angeles limited Toronto to three runs in three games. The Angels scored 22 runs in the sweep after scoring 12 in the first seven games of the trip.

“I liked the way we did it this weekend, for sure,” interim manager Phil Nevin said. “It could have gone another way because of the way the road trip was going.”

A few fans in the quickly thinned-out crowd of 44,318 booed after an error by Toronto first baseman Vladimir Guerrero Jr. allowed a run to score in the eighth.

“Guys are going to have to look at the standings and understand that every game is important,” Blue Jays interim manager John Schneider said. “Three hours of your day should be completely focused on trying to win.”

The Blue Jays finished one game out of a wild-card spot last season.

Toronto had won six of seven but was swept at home for the first time since June 15-17, 2021, when the Yankees won all three games in a series played at Sahlen Field in Buffalo, New York. Buffalo was one of three home stadiums in Toronto last season when the US-Canada border was closed due to restrictions stemming from the COVID-19 pandemic.

“The word that will follow the 2022 Blue Jays for years to come is irregular,” right-hander Ross Stripling said. “We’ve had more ups and downs this year than any other team I’ve been a part of.”

Schneider said he didn’t feel the need to deliver an angry tirade to his team.

“I’m never the type of person that will walk in and turn the table,” he said. “At this point, it’s up to the players to say ‘This isn’t good enough.'”

After Trout chased down right-hander Adam Cimber with an RBI double in the seventh inning, Ohtani greeted left-hander Tim Mayza with an opposite-field shot into the bullpen to the left.

“Sho’s at-bats were great,” Nevin said. “The home run was, to me, the biggest hit of the game.”

Trout beat out a four-man outfield with a home run to the batter’s eye in center field off right-hander David Phelps.

“Things went well in this series, for sure,” Trout said.

Angels left-hander Tucker Davidson allowed one run on three hits over four innings. He matched a career low with five walks, but struck out a career-high five.

“It’s going to be a happy flight home,” Davidson said.

Danny Jansen doubled to start the fifth and Davidson left after a four-pitch walk to George Springer. Andrew Wantz (2-0) rolled Guerrero into fielder’s choice before Lourdes Gurriel hit a double play late in the inning.

Springer extended his hitting streak to a season-high 12 games with a solo homer off Gerardo Reyes in the ninth, his 19th.

Back in the lineup after fouling out with his left foot on Friday, speedy Blue Jays outfielder Teoscar Hernandez seemed to be scrambling. He failed to score from first base on Chapman’s hit with two outs in the fourth. With runners on the corners and two out in the sixth, Hernandez wasn’t moving at full speed when he was forced out at second base on an unassisted play by shortstop Andrew Velazquez.

Suzuki was the third different catcher in as many games for the Angels. Matt Thaiss caught on Friday and Max Stassi caught on Saturday.