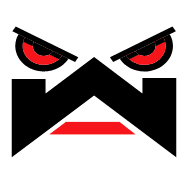 The Warez.cx download portal recently opened its doors for testing. The website loads fast, looks modern, and is ad-free!

Warez.cx (WCX) recently started the so-called open beta phase. Now you can use the ad-free site to its full extent. However, some controls still don’t work. And there is still a lot to do with the loads before we can satisfy the masses. There are download links for animes, movies, TV series and games in the sections.

Warez.cx looks good, but it’s still in its infancy

In the scene box, operators note that some content may still look somewhat wrong. But the bugs will be fixed in the coming weeks. Everything happens under the motto “WCX – The future belongs to the pirates“.

Warez.cx has already integrated the Warez basket. Many readers have probably already seen ddl warez and other portals and learned to appreciate it. WCX also has the minimalist “Warezmode”. This is for all the visitors who basically don’t have a “Chicki Mikki” but they want to be taken directly to the launches.

Warez.cx looks very modern, clean and neat. Regarding the hoster scene, we have opted for DDescarga.com and decided rapidgator, mainly because both are very well established in the gray zone. One of my TelegramA channels is also planned to announce new content. However, a separate presence for any social network is not planned. Apparently, the WCX operators prefer to focus the existing forces on important things.

“The future belongs to the pirates.“

Perhaps the announcement was a little early. Downloaders still won’t find that much content there. Apparently, uploaders have focused on movie links so far. Basically, the project looks very hopeful. It can be said right away that there are no beginners working on warez.cx.

By the way, the project has already existed several times. under this domain. In 2007, a forum of the same name was created, which apparently never went online. In 2010, a webwarez portal was brought online under the warez.cx domain, which later became a warez search engine. But the current operators probably had nothing in common with the previous projects.