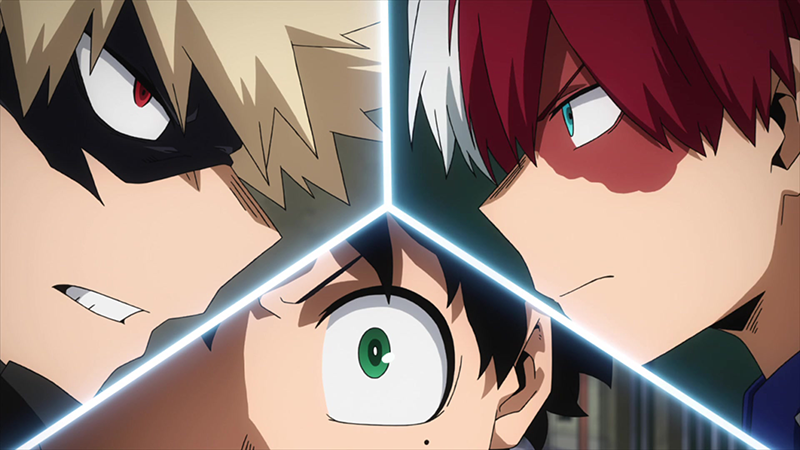 Apart from season 6, there is something else. my hero academia fans can look forward to 2022. The next home video release has been announced. Finally, the my hero academia Season 5 Part 2 Blu-ray and DVD is coming later this year. Excited viewers can now start pre-ordering on the Crunchyroll store. In addition, there is also a limited edition release containing exclusive content.

“Deku, Bakugo, and Shoto endure an explosive work study with Endeavor, who is coming to terms with his role as the number one hero and father,” reads the synopsis. “Elsewhere, a sinister group turns to the League of Villains, putting their darkest convictions to the test.” my hero academia Season 5 Part 2 will be released on Blu-ray and DVD on December 20, 2022. It contains episodes 102 to 113 (episodes 14 to 25 of the season), available in English and Japanese. Some of the special features include:

Meanwhile, the limited edition has these additional exclusives:

Crunchyroll is accepting pre-orders through December 19. The regular one is $48.74, while the limited edition is $63.74. For more information, check out the Crunchyroll store website.

my hero academia is a manga series created by Kohei Horikoshi. Weekly Shonen Jump began serializing the manga in July 2014. The series became a huge hit around the world and spawned a media franchise. The anime adaptation of the Bones studio premiered in April 2016. Meanwhile, the sixth season will premiere on October 1, 2022. In addition, the series also has movies, spin-offs, video games, and other products.

my hero academia revolves around a world where most have special powers called Quirks. With these, some become Heroes and contribute to maintaining peace in society. The story follows Izuku Midoriya, a peculiar boy who wishes to become a hero like his idol All Might. After an incident, All Might meets Midoriya and decides to pass on his Quirk to him. Soon after, Midoriya enrolls in UA High School, Japan’s top hero academy. With that, Midoriya’s journey to becoming a hero begins.