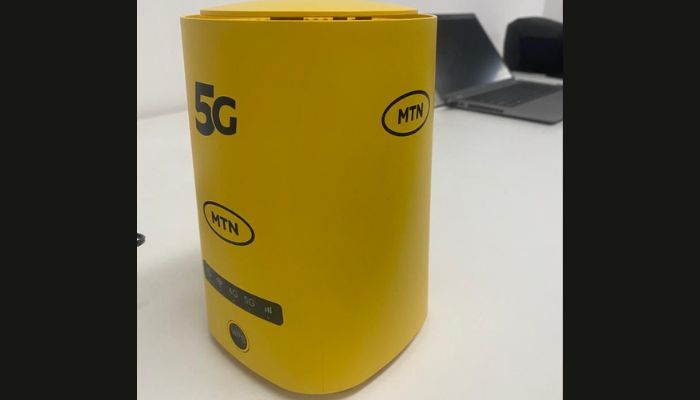 The launch of the 5G network in Nigeria by MTN has highlighted the need to deploy affordable mobile devices that can use it.

Stakeholders from the telecom industry in Nigeria gathered on September 18 at the MTN headquarters to witness the commercial launch of the 5G network in Lagos.

MTN is the first telecom operator to launch the network in Nigeria’s commercial capital with over 20 million people and the highest mobile phone density. Karl Toriola, CEO of MTN Nigeria, said that the national launch is still on the way. Abuja will be the next city to see a 5G launch.

When Adia Sowho, director of marketing for MTN Nigeria, declared that “5G is live” to cheers, there was an unspoken reality at the gathering: 5G-enabled devices have limited access.

“You must have a 5G-enabled device in order to connect to a 5G network,” he said.

But where do you get a 5G enabled mobile device and an affordable one too? 5G can mean a superior phone experience: one that enables high-quality gaming (with the possibility of real-time multiplayer mobile gaming), downloading high-resolution movies in seconds (instead of minutes), and improved connectivity. 5G speed capabilities were amply showcased at MTN’s launch with a 5G network completing a large file download in the space of two minutes, which took eight hours for a 4G network.

The deployment of 5G-enabled devices in Africa has generally been hampered by the cost of the devices. The cost of the cheapest 5G device is currently around $350 (N150,000), which is not affordable for many Nigerians. While some device makers have pledged to cut costs to around $150, experts like Craig Wilson, IBM’s global telecommunications industry vice president, say the high cost of 5G phones remains a major impediment that will affect launching the network on a commercial scale because there are not enough mobile devices capable of receiving it.

“Globally, 5G rollout has been in the works since 2019. However, rollout in Africa has been much slower, with only 6 African countries launching the network,” Wilson said.

“There are several phones from Huawei, OPPO and Nokia that have already implemented 5G software on their phones and are active. Some of the customers who use these phones will see it,” Toriola said. “Samsung and Apple have not downloaded the software on the phones that allow to use 5G in Nigeria. That’s going to happen in October and November. People will ask why I don’t see 5G, it’s a slight delay by phone manufacturers.”

The market can also expect more manufacturers to add more devices despite global microchip shortages and supply chain issues. A new report from the Alliance for Affordable Internet (A4AI) said the global average cost of a smartphone jumped from 22 percent of average monthly income in 2021 to 20 percent in 2022. In sub-Saharan Africa, the cost of smartphones increased from 41.0 percent to 39.0 percent.

A4AI says this is a marginal decline, considering the importance smartphones play in connecting people around the world and their role in ensuring meaningful connectivity and digital participation. Still, at more than N150,000 per 5G-enabled device, only a few Nigerians would jump at the chance.

Toriola said that MTN is also increasing investment in the 4G network.

“4G is still our bread and butter. As we speak, we’re accelerating 4G because we won’t take our eyes off the 4G ball until it becomes ubiquitous across the country. We want to continue to lead in 4G even as we assert our authority and leadership in 5G,” he said.