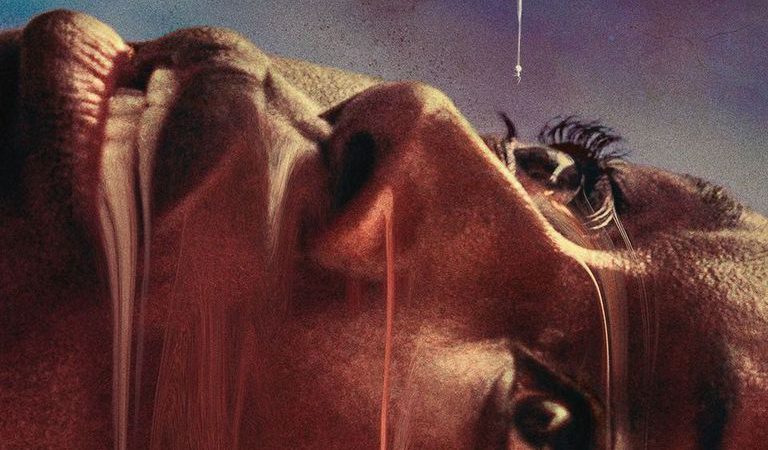 Rebuilding a new life in New York City while caring for the son of an Upper East Side family, immigrant nanny Aisha is forced to confront a hidden truth that threatens to upend her precarious American dream. What is scarier than subtle racism directed at an undocumented immigrant who is simply trying to do his job and achieve his version of the American dream? This is the basis for writer/director Nikyatu Jusu (a noted short filmmaker making her feature film debut). Baby sistercentered on Senegalese caretaker Aisha (a remarkable breakthrough performance by Anna Diop), who has just been hired by a wealthy white family as a nanny for their five-year-old daughter Rose (Rose Decker).

Rose is known for disobeying caretakers and causing trouble, especially by refusing to eat. Aisha doesn’t have any of these problems. Instead, the young woman asks if she can try some Senegalese cuisines, she quickly likes them and solves that problem. Meanwhile, parents Amy and Adam (Michelle Monaghan and Morgan Spector, respectively) are aloof and bantering whenever they’re in the same room. This happens to the extent that they are shown to be negligent guardians due to their self-centered behavior (Adam even goes so far as to make an unwanted romantic move towards Aisha), with Aisha being the true caretaker. Eventually, Amy catches a glimpse of Rose devouring the delicious African food, she quickly yells at Aisha with what seems like racist intent under the guise that “the food might be too spicy.” There are several similar cases where Nanny cuts devastatingly to the damaged core of how well-to-do American families treat their workers (especially black ones), powerfully elevated by the cuts to Anna Diop expressing internally strong, yet insecure body language and nervous how i should do it. Continue. Sure, she can speak up and defend her dignity, but she also desperately needs the money to bring her son Lamine (Jahleel Kamara) to the United States as soon as possible to celebrate her birthday. It also doesn’t help that Amy frequently asks Aisha to babysit Rose overtime, often cutting her pay or completely forgetting to make it up. In turn, Aisha has to repeatedly bring this crime up to Adam, who has ulterior motives.

This is all a way of saying the dramatic elements of Baby sister It carefully depicts the racial dynamics while demanding a nuanced and layered performance from Anna Diop, who rises to the occasion. Every time she communicates with her son via Zoom (or something like that), we feel her heart aches and we want them to reunite with her. Simultaneously, her connection to Rose is sweet and touching until a few missteps are made in the third act. The moment he politely asks Rose to come to her room, ready to vent a bit of anger at the family’s mistreatment on her responsible professional caretaker, is a joyous moment. And doubly so, considering that Amy is the kind of willfully ignorant white woman she believes she can stir up frustrations in the workplace as a woman and instantly find common ground with an African woman.

There is also a horror aspect to it. Baby sister (this is how the film has been discussed and marketed since it received the Grand Jury Prize at Sundance), including dream sequence visions of floods, blackouts leading to encounters with the African water spirit Mami Wata, and bedtime stories of the Anansi trickster spider. This folklore is refreshing and welcome, but the problem with Baby sister it’s that most of its supernatural terror (if you want to call it that) is overcompensating, hoping to add depth to a big reveal that’s impossible not to see coming from the start.

However, the difference between Baby sister and the genre’s full predictable fare is its rich characters and compelling dynamics, often exquisitely lit and captured with cinematographer Rina Yang’s gorgeous blues and greens. Certain plot points leave one wanting more (especially a somewhat underdeveloped romantic relationship between Aisha and Sinqua Walls’ single father Malik, even if they have a particularly riveting bonding talk), and the game’s ending feels abrupt. deflated and disjointed but rewarding. But Anna Diop refuses to sink beneath such imperfections in an otherwise visually compelling, captivatingly crafted, and absorbingly acted story of escalating problematic racial dynamics and mystical terror. There is an uneven balance in quality, though Baby sister it’s beautiful all the same, putting both the director and the star over the top.